Sebastian Vettel believes Ferrari can hand Formula One champions Mercedes a taste of their own medicine and give the Italian fans a home win to savour on Sunday.

Mercedes have won for four years in a row at Monza, with Lewis Hamilton on pole position every time, but Ferrari have picked up both pace and momentum in 2018. 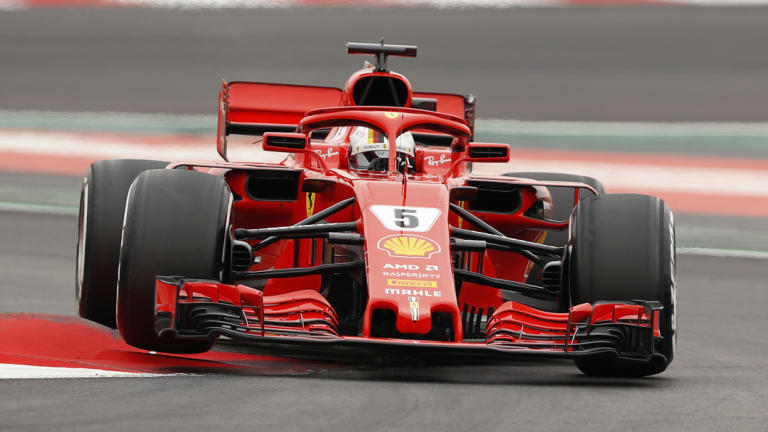 Contention: Ferrari’s Sebastian Vettel is desperate to give the home fans some cheer this weekend.

After a commanding performance in Belgium last weekend, the German's fifth victory in 13 races, Vettel arrives with the local 'tifosi' dreaming of Ferrari's first win at Monza since 2010.

Now 17 points behind Hamilton but quickly closing in, Vettel has had to dampen unrealistic hopes in the past, but this time the four-time champion is revelling in the mood – if still taking nothing for granted.

"I find it quite nice that we get put in this position," Vettel told reporters on Thursday when asked about Mercedes' 'power deficit' to Ferrari.

"I think people forget that for the last five years Mercedes has been absolutely dominant, especially in terms of power unit," he added.

"Obviously it’s nice for them to put us in that position (ahead on power) because it means they believe they’re not the strongest anymore. So it’s good to be up there with them and be a match."

Vettel knows how it feels to win at Monza – the 'Pista Magica' – and be cheered all the way, as he was when he took his first F1 victory for Italy-based Toro Rosso in 2008.

He also knows about the boos, the crowd voicing their disapproval when he triumphed in 2011 and 2013 for the enemy Red Bull.

"It really depends which colour, which engine you have in the back," said the German of his past experiences.

"The first win was overwhelming in many regards. I didn’t realise at the time that I was racing for an Italian team … I thought they were happy just because it was me and it was a good race.

"But then three years after I won again I won in a different colour, they weren’t very happy. I was wondering what was going on because I hadn’t done anything wrong, quite the opposite."

Asked whether he felt Mercedes were feeling the heat for the first time since the V6 turbo hybrid engines were introduced in 2014, Vettel shrugged.

"I feel Ferrari, and especially this weekend, and that’s what I want to enjoy," he said. "I don’t know in which state of mind they (Mercedes) are."

Elsewhere, McLaren's Fernando Alonso will have a replacement car for Sunday's Grand Prix after his costly, spectacular crash in Belgium last weekend.

The Spaniard, whose car flew over the Sauber of Monegasque rookie Charles Leclerc at Spa after being shunted by Renault's Nico Hulkenberg, said the Monza chassis was one raced earlier in the year. 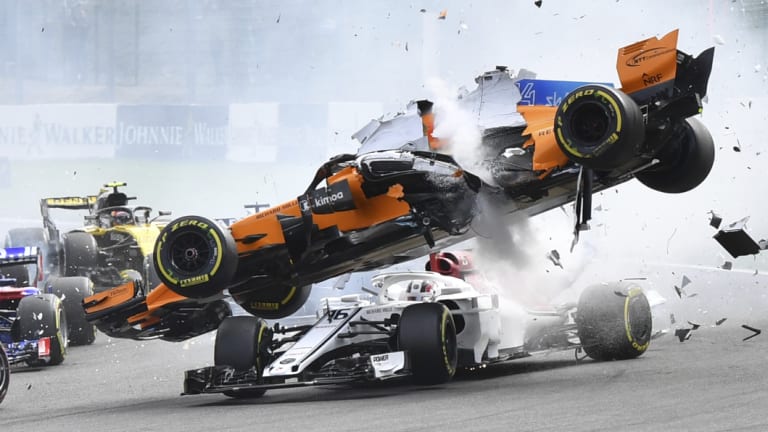 He hoped the Renault power unit could be salvaged but would not know for sure until Friday practice at Monza – a high-speed track that under-performing McLaren had expected to be difficult for them anyway.

"We want to put it on tomorrow and confirm that everything is OK. There were some concerns on Sunday, then Monday and Tuesday they checked everything properly and it seems OK," he told reporters on Thursday.

"So hopefully we can run still with that engine," said the double world champion.

Of more concern was a shortage of the latest specification parts, with Italy following immediately on from Belgium.

"The full car – not only the chassis – the floor, the front wings, the things that we are limited on parts they are gone. It (the crash) was quite expensive," he said.

"Probably we will run out of spare parts. We have just what we have on the car. All the rest will probably be a different specification."

Alonso, the only driver on the current grid to have won at Monza for Ferrari, has announced his departure at the end of the season.

He said the pain of the crash, which had left him with a sore wrist and back, had subsided.

"The only painful day was Tuesday," he added. "On Tuesday when I woke up I felt a little bit sore in the back."