The Tour de France winner was enjoying his celebrations after winning the three-week race last month in Cardiff – and he is now set to sign a new Team Sky deal after his stunning victory. 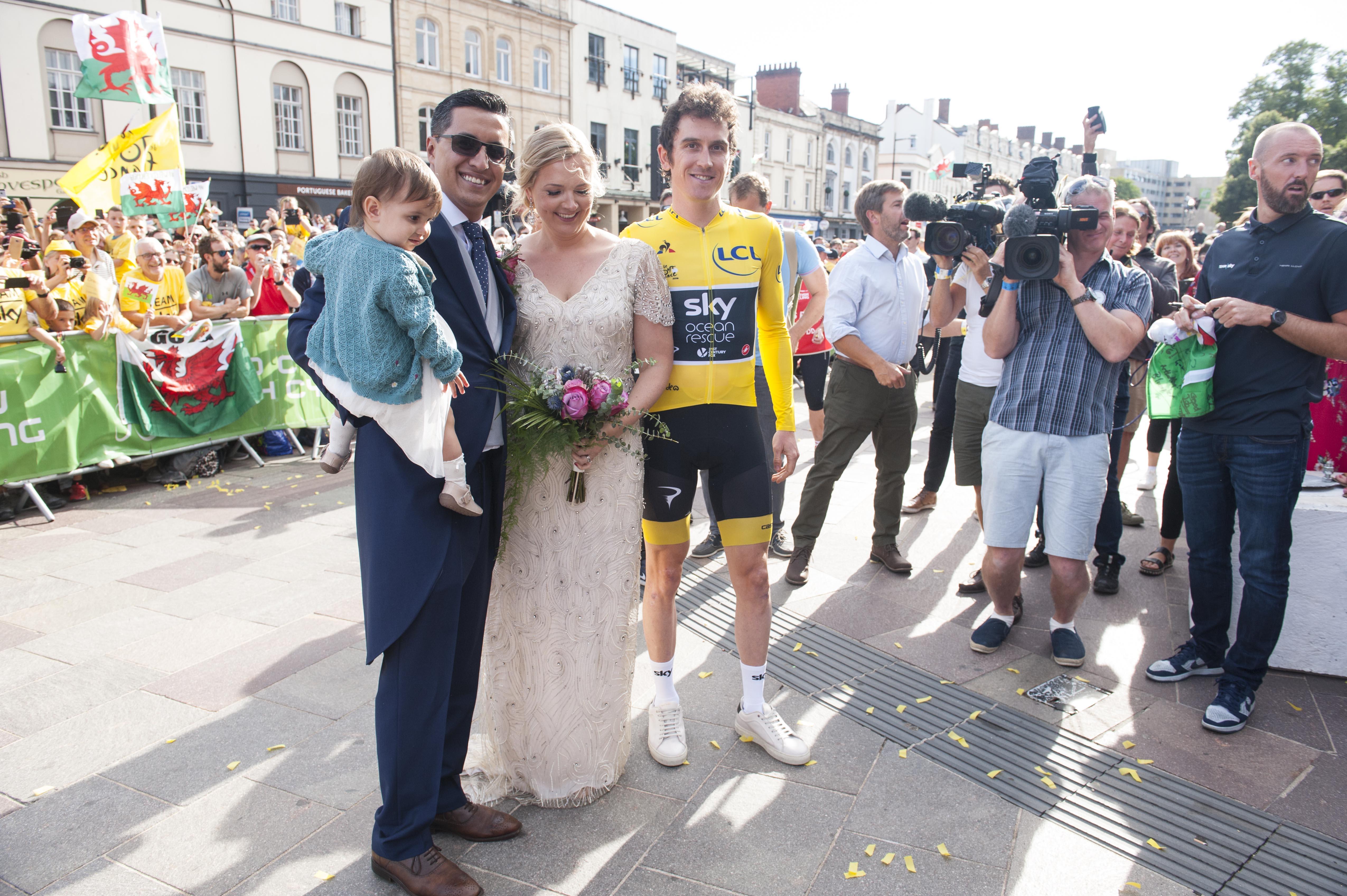 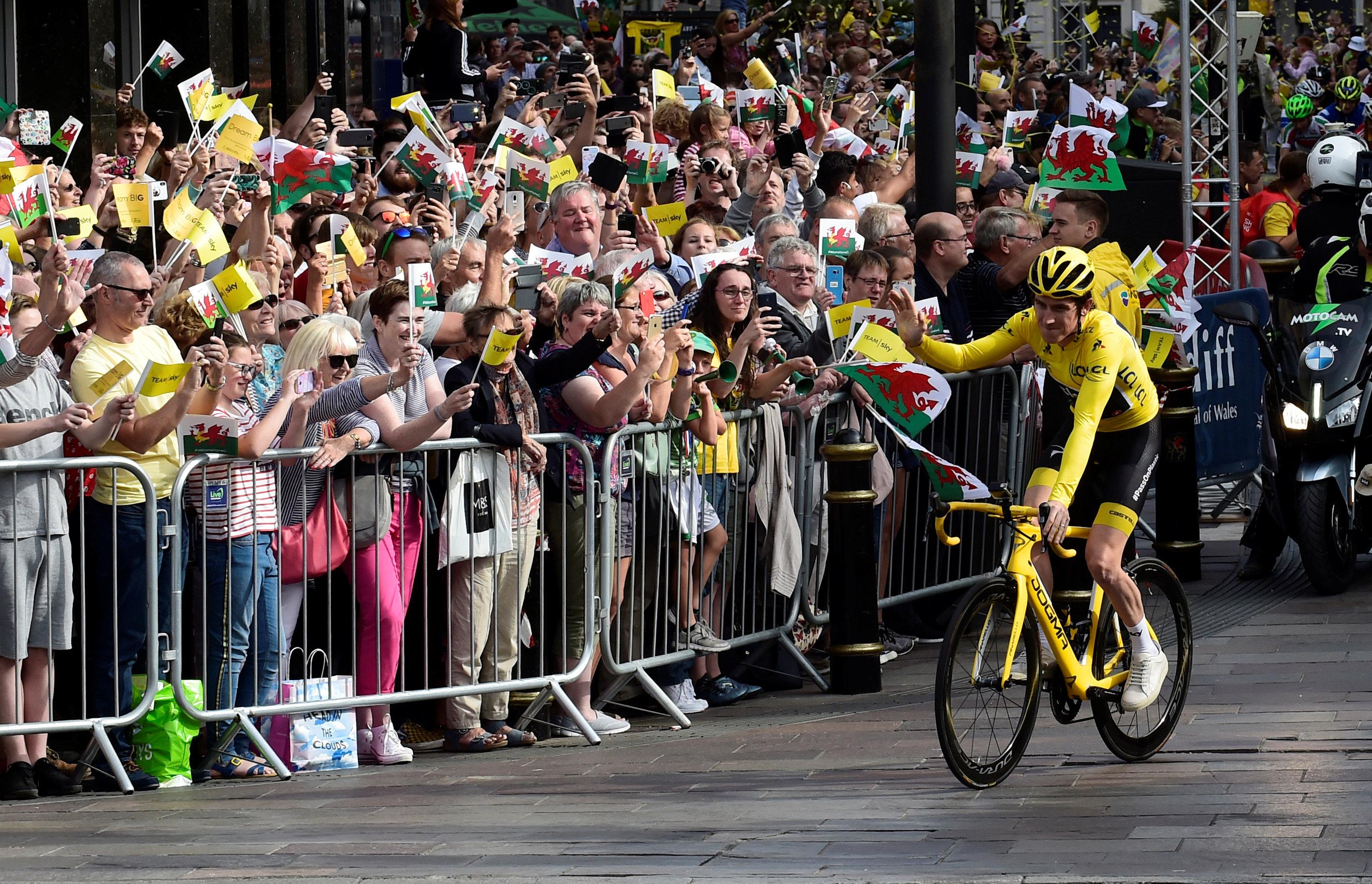 Thousands turned out to celebrate G's homecoming outside Cardiff Castle after he scored one of the biggest achievements in Welsh sporting history.

And a newly-married couple turned up for their wedding snaps, only to get a photo op with the Team Sky star himself.

Salvador Espinosa and Tracey Morse's unforgettable day was made even more memorable as they walked out of the castle to crowds of thousands and the Yellow Jersey ready to pose for a photo op.

Thomas visited the Senedd in Cardiff Bay — where the Welsh Assembly government is housed — as well as enjoying a ride with some young local cyclists. 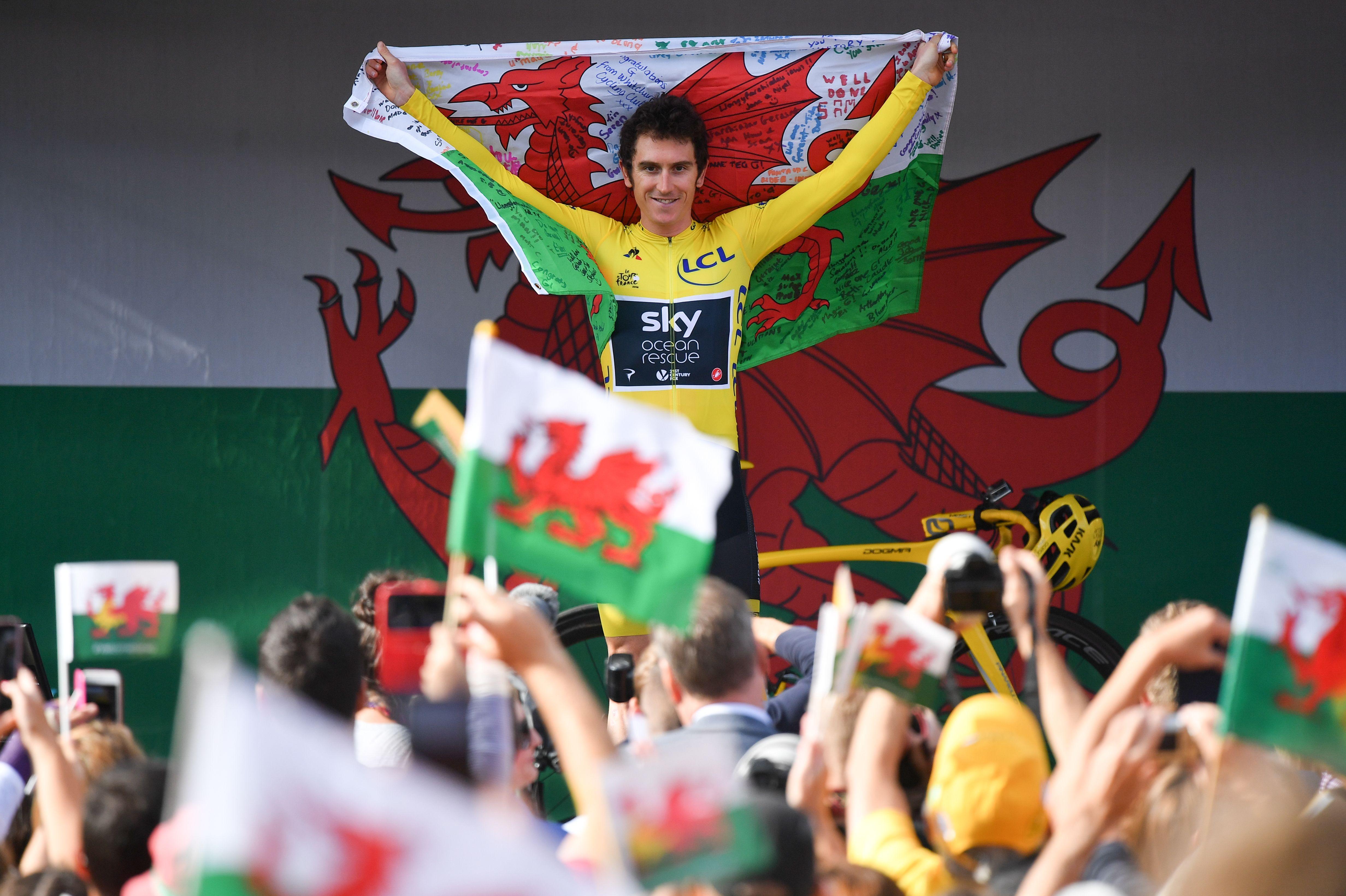 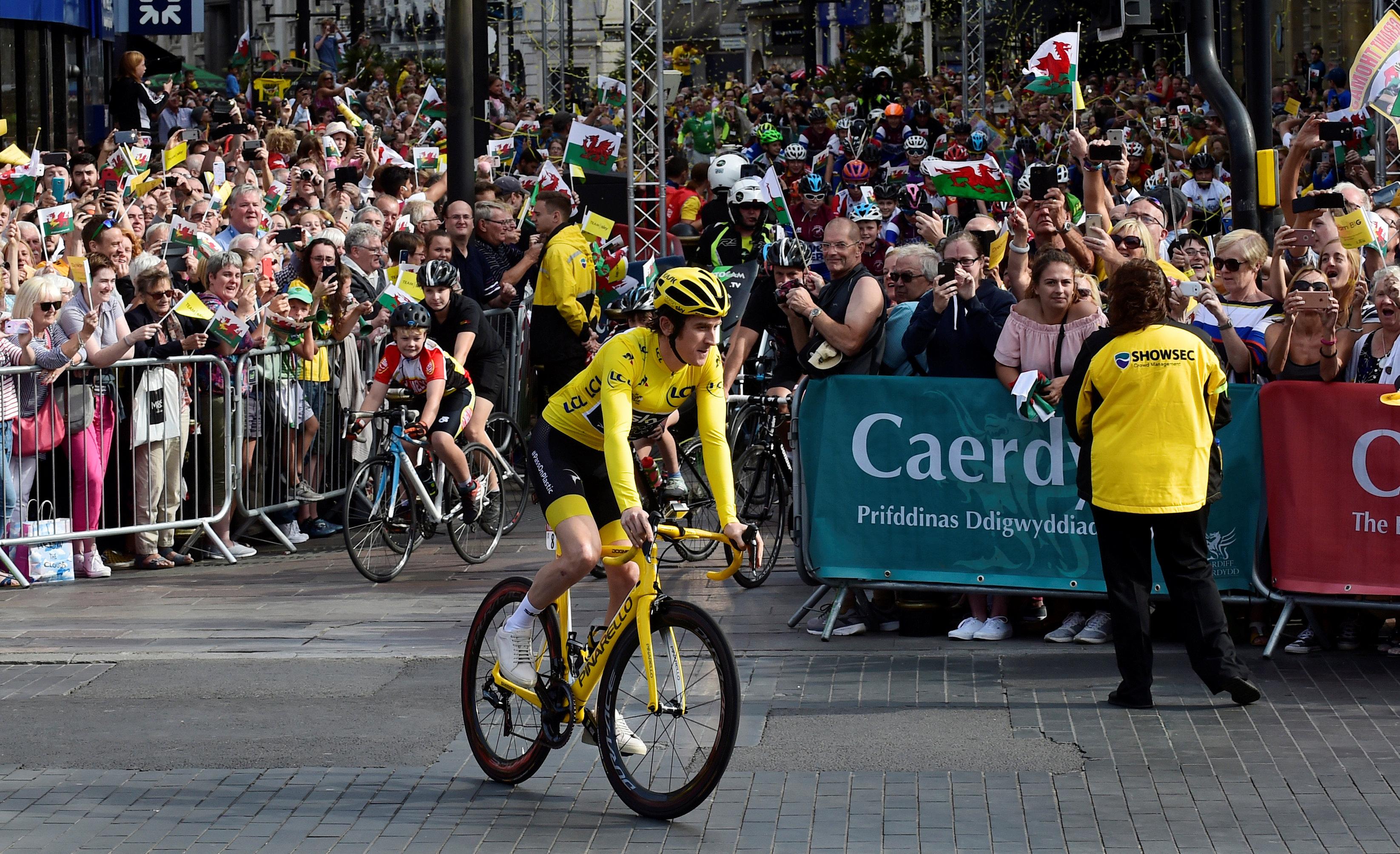 The 32-year-old star is now set to sign a contract extension to stay with Team Sky.

He had been courted by Polish outfit CCC but has instead committed to the dominant British outfit.

He said: "We are incredibly close and I am happy where I am. It’s all about working things through and at the moment it’s progressing well. In the very near future we will have it all done.

"I’m happy with the team and we are working very well together. I’ve grown up within the Sky system and I’ve known guys like Dave Brailsford since I was 17.

"Without them, I wouldn’t be where I am now.

"There are lots of very good teams out there, I wanted to hear what they had to say, and it was nice to have a lot of great offers, but hopefully things will be done in the next day or so." 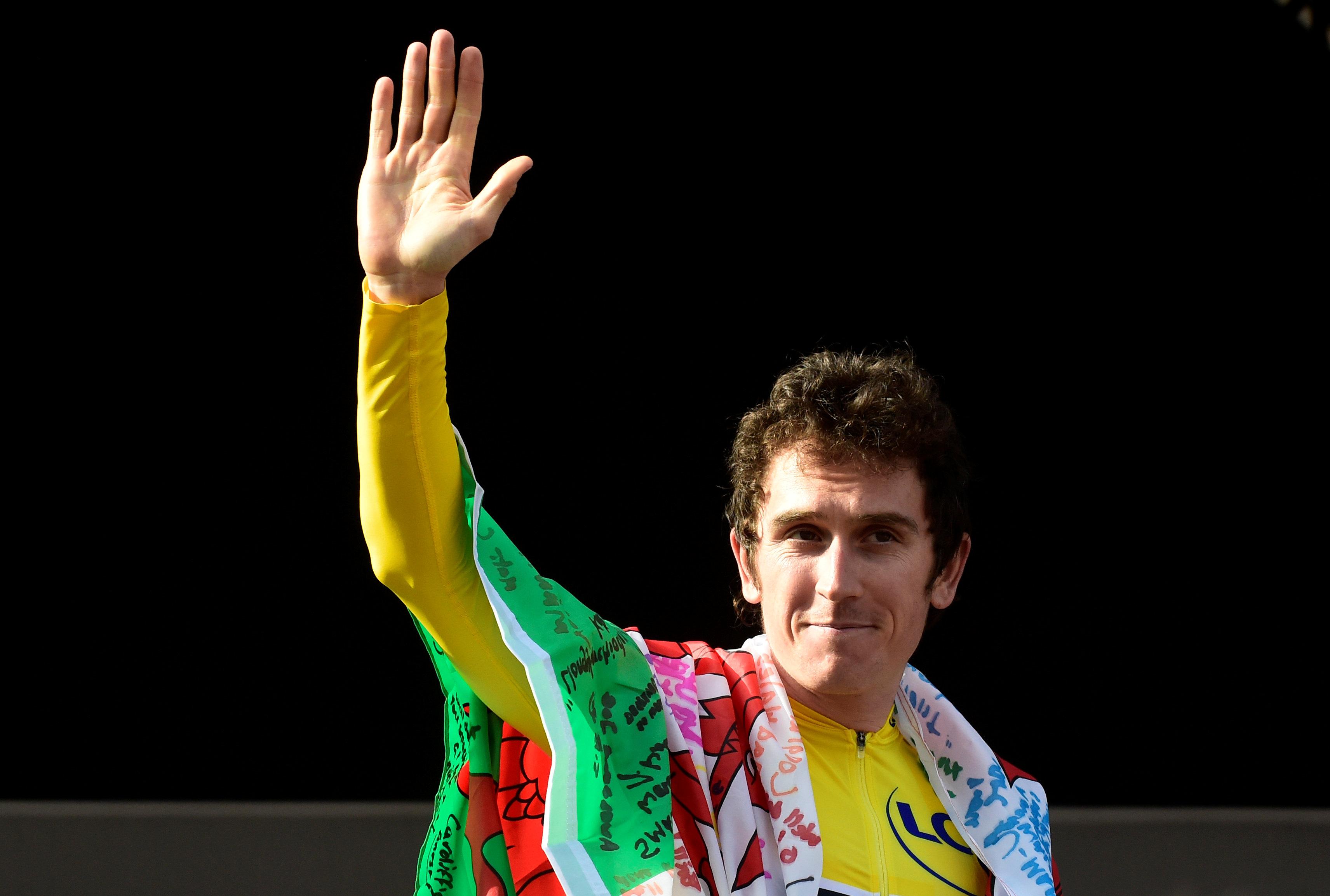 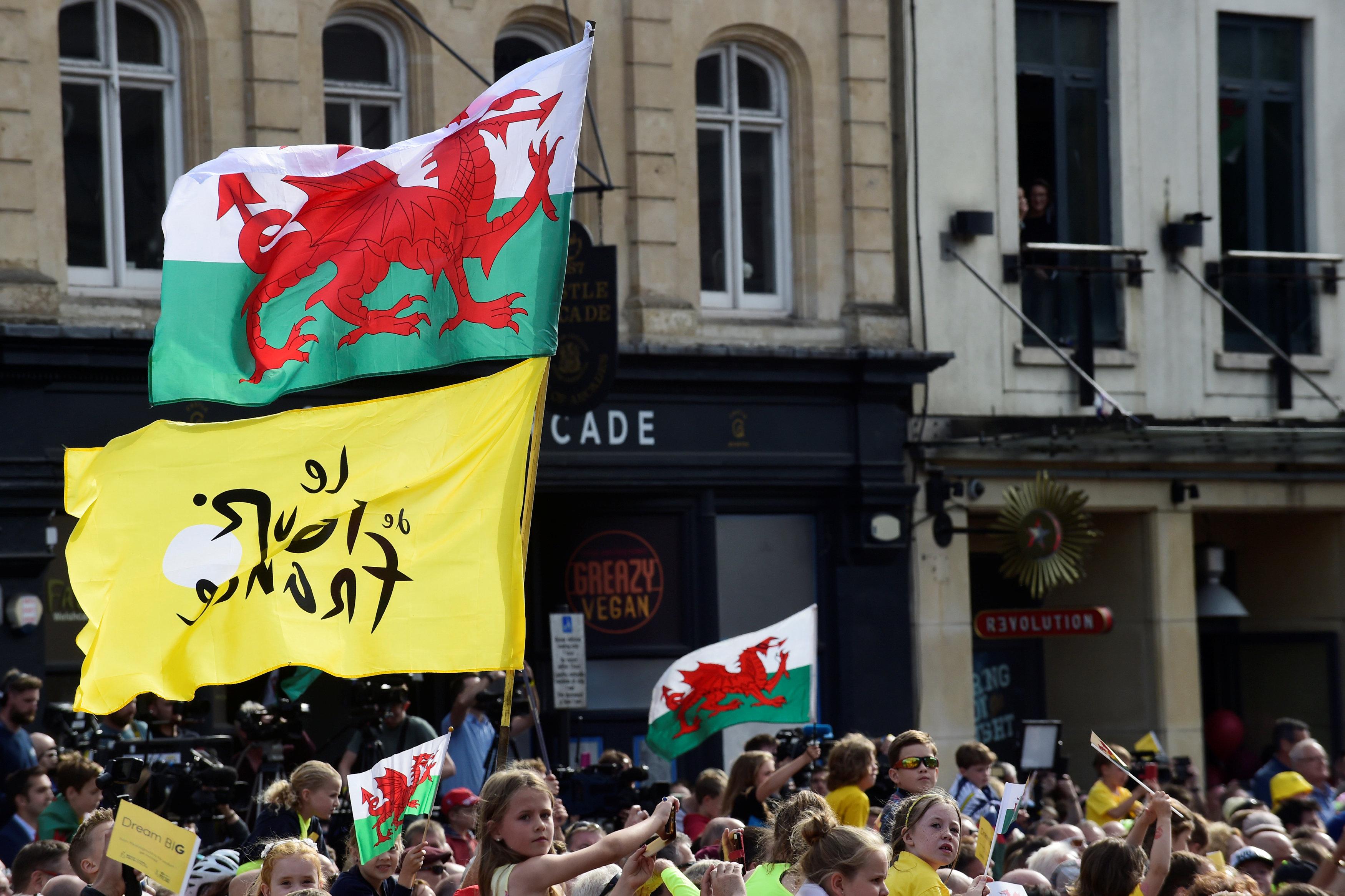 The Team Sky star surprised cycling fans the world over with his Tour victory.

Chris Froome was favourite to clinch the fifth title of his career and Thomas was supposed to deputise.

But he stunned his rivals with victory on the second mountain stage of the Tour, with a win up La Rosiere on stage 11.

The then went on to take another stage, winning on the iconic Alpe d'Huez. 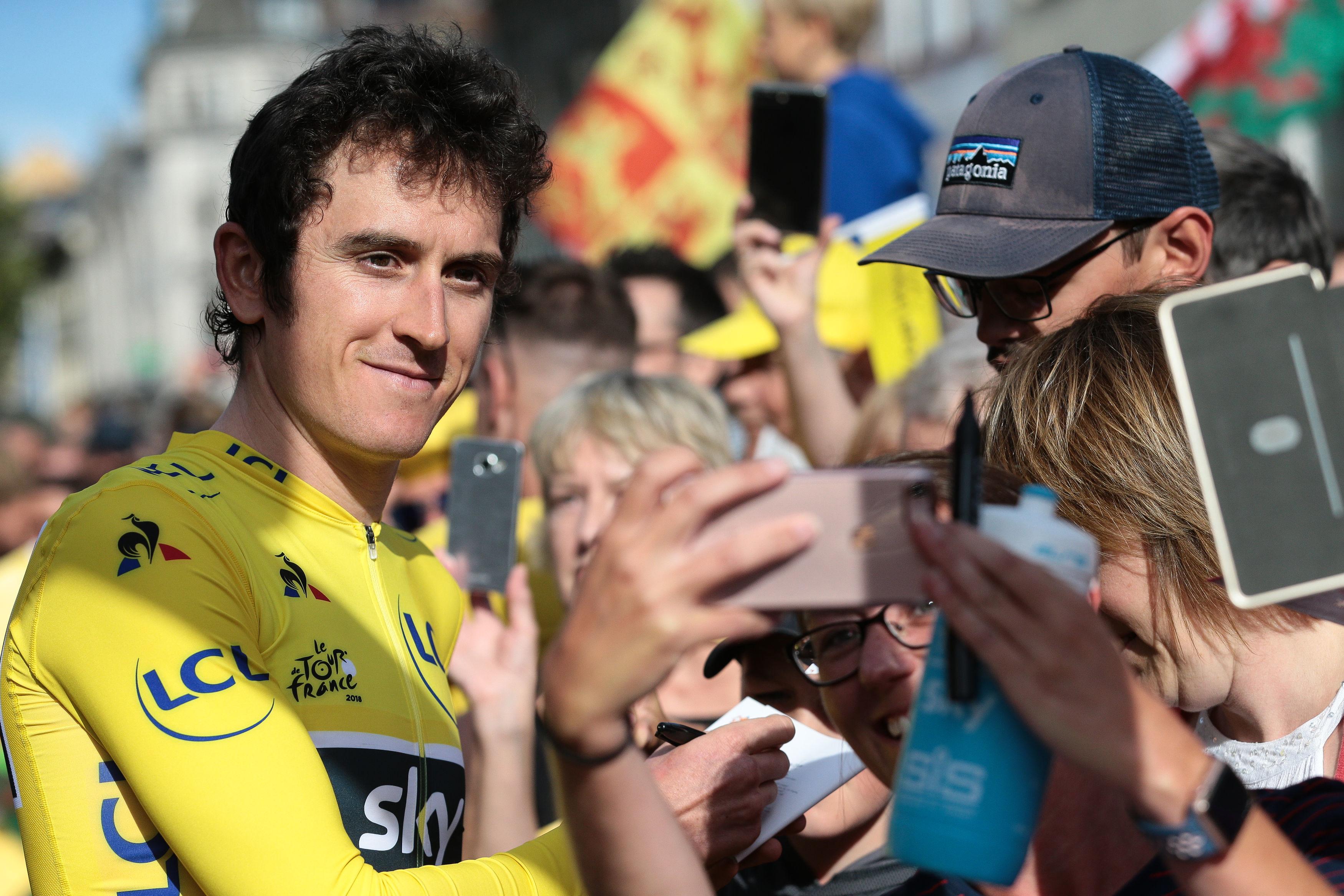 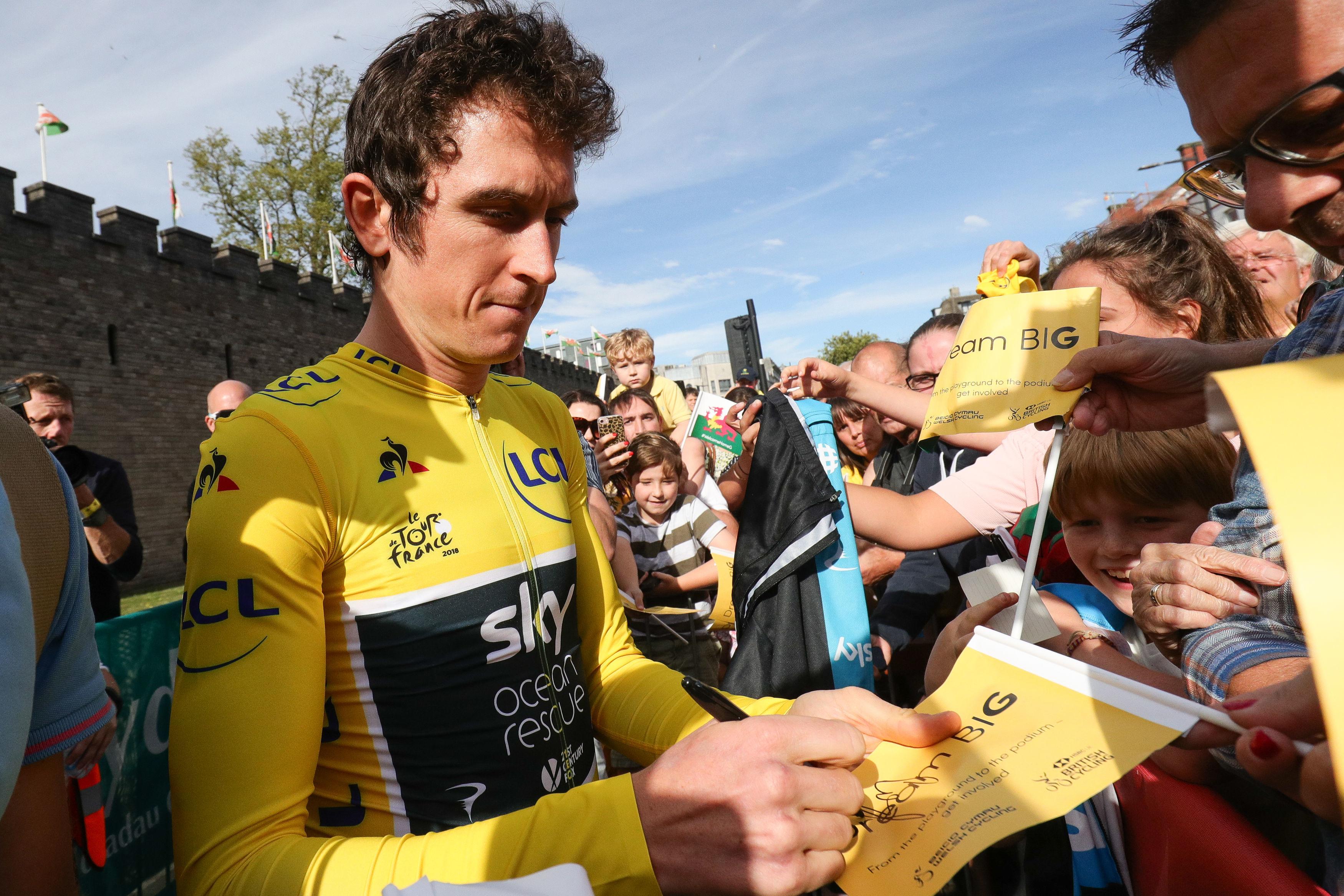 Thomas then held his nerve to clinch the win on a tough individual time trial in Espelette before rolling into Paris and riding down the Champs-Elysses in Yellow.

Thomas said to the crowd: "It's bonkers isn't it?!

"Thanks a lot for coming. I was a bit worried it might just be my wife and the dog.

"The support has just been insane, whether it's on the side of the road, on Twitter, or just back home.