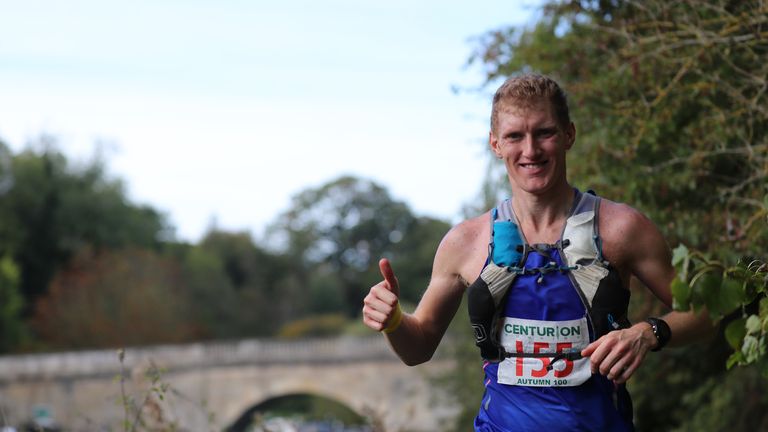 Running 800 miles over nine days from the bottom of England to the top of Scotland? Why would anyone want to do that?

“A massive reason I’m doing this is to inspire people to take on that big challenge they’ve had in their minds,” says James Williams, a performance controller at Sky when he isn’t battering his body in his trainers.

“If you don’t set yourself those goals, you’ll never know what you’re truly capable of.”

On Saturday May 25, the 31-year-old from Reading will try to break the world record for running between Land’s End in Cornwall to John o’ Groats which stands at nine days, two hours and 26 minutes.

He will be supported by a team of seven in charge of feeding, providing water, massaging, taking pictures, collecting witness signatures to support the record and making sure he goes the right way!

The road to LEJOG has been a beauty. I can’t begin to imagine what the next part of this adventure will be like, but I also cannot wait to get going.

The road to LEJOG has been a beauty. I can’t begin to imagine what the next part of this adventure will be like, but I also cannot wait to get going.

“I’m really passionate about trying to push myself past my own limits. And this challenge will really do that,” James added.

“If I inspire a handful of people to go out and try to achieve that crazy goal or even a hobby they’ve always wanted to try then it will be a success.”

James, who has also competed in half marathons, marathons, a 100k ultra and four Ironman triathlons, has been preparing his latest challenge for the last 18 months.

Since stepping up his training this year, he has averaged 200 miles a week and getting up at 4am to run before going to work. The most he’s run before hitting the office is 31 miles.

“I have been feeling very confident for the last few months, because training and preparation has gone so well,” James said. 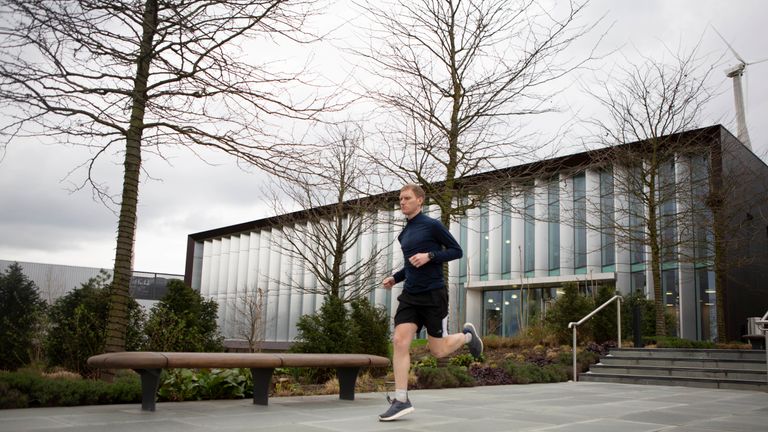 “Nerves and questions have started to creep in but I’ve been practising lots of psychological techniques to help. Visualisation is one of the biggest and gives you confidence and makes you feel more positive about a challenge like this.

“My most powerful visualisation is seeing my wife and two daughters at the end of my journey – at the John o’ Groats signpost. This is a really positive, uplifting image for when it gets really tough.”

As well as hoping to break the world record and inspiring others to take on challenges, James is raising awareness and money for Hope for Children – a charity that improves children’s access to education and healthcare.

Preparation has proved tough though. During his first 100-mile race, he looked set to win, only for his legs to give way. It meant he walked the last 15 miles, he took a wrong turn and got overtaken in the last 500 metres.

He may not have won that race but his mental tactics that day may just help for when the legs start shaking on his way to Scotland.

As part of my world record attempt to run more than 800 miles in 9 days, I'm raising money for Hope for Children.

Please donate whatever you can – https://t.co/KoHsBCc5q0

“It was lucky I had my cheesy music playlist,” James recalled. “It really lifted my spirits listening to S Club 7, Steps and Take That!

“If you were in the area you would have heard me singing at the top of my voice in the middle of the night!

“For this challenge my expectations are that I’m going to break the record. Otherwise, I wouldn’t be putting myself on the starting line at Land’s End.