A New Zealand team targeting Australia's scalp in the Quad Series is now "a lot more positive" under the new regime of Noeline Taurua and Laura Langman. 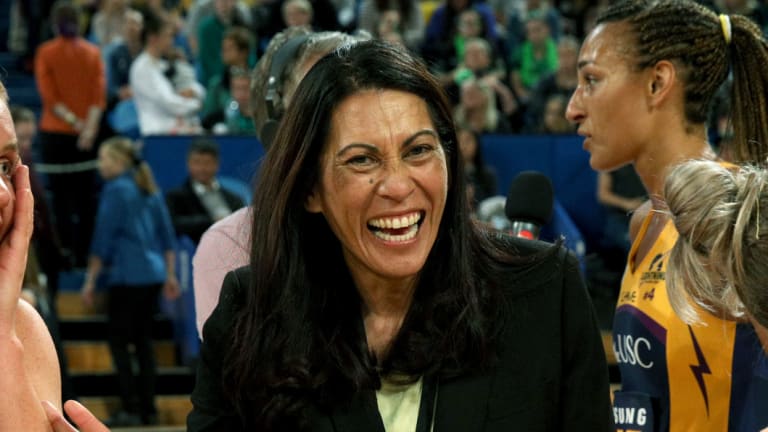 Successful Sunshine Coast Lightning mentor Taurua and skipper Laura Langman, the veteran midcourter back wearing black after two seasons away, appear to be making a difference.

New Zealand opened the Quad Series with a flat 52-39 loss to England in their first Test since the disastrous fourth placing at the Commonwealth Games.

Yet improvements were obvious in Tuesday's bounce-back 61-37 victory over South Africa, the winning margin seven goals better than what Australia achieved against the Proteas.

The Diamonds' subsequent 52-47 win over England means New Zealand must prevail in the trans-Tasman clash in Melbourne on Sunday by at least five goals to have any chance of snatching the Quad Series crown.

Crampton, who was dropped by Southby ahead of the Commonwealth Games, said Taurua's impact had been immediate.

"I think it feels a lot more positive. I guess everyone's aware that it's trying to be a fresh start and be on the up wave," she told Sky Sport.

"She's really convincing. Anything she says, the whole team's on board and buys in. I think that's really important."

Crampton was initially surprised at how intensive Taurua had made her training sessions so close to the start of the Quad Series but said that was now paying off.

New Zealand's midcourt was more fluent against the Proteas, with player of the match Crampton feeding the shooters brilliantly in conjunction with Langman, who was restored to her familiar role of centre.

"She's such a leader, she really takes control whether it's on attack or on defence. She talks a lot and everyone's learning a lot from her."