Both men stormed up the USPGA Championship on the back of an awesome birdie barrage, with Koepka a shot ahead of the man he spends half his life with in the gym after a stunning 73 took him to eight under par. 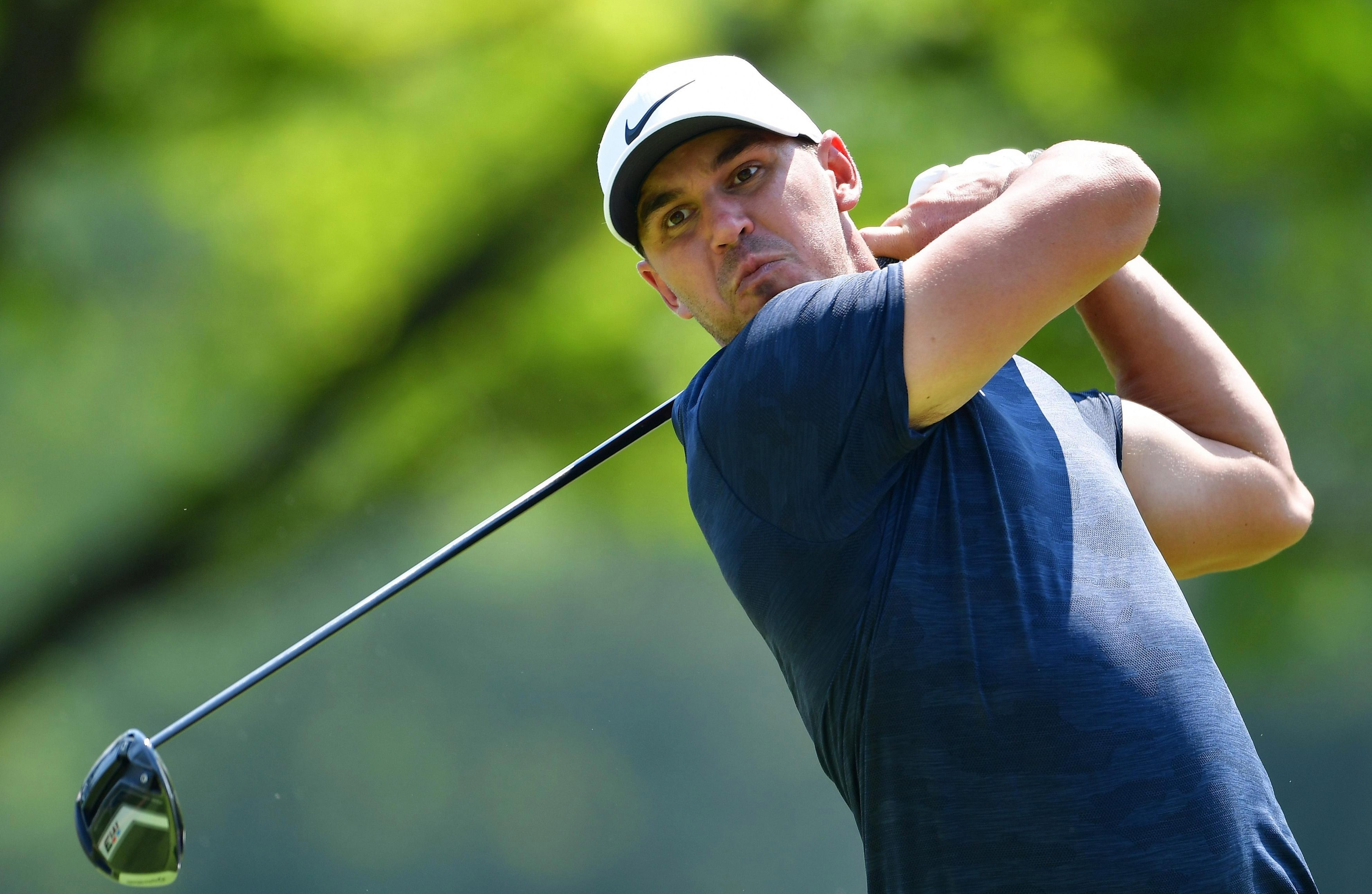 They have shared 22 birdies over the first two days here by harnessing the sort of explosive power that will make them a big threat when the Americans defend the Ryder Cup in France next month.

World No 1 Johnson and double US Open champion Koepka, ranked rougth, are certain to play together, at least in the fourballs.

They did not set the world alight when they first team up two years ago, losing to the inspired European duo of Rory McIlroy and Thomas Pieters – a rare setback as the Yanks romped home 17-11.

But Koepka has raised his game a notch since then, becoming the first player in 37 years to win back-to-back US open titles, and he and Johnson won both their fourball matches in emphatic style at last year’s President’s Cup. 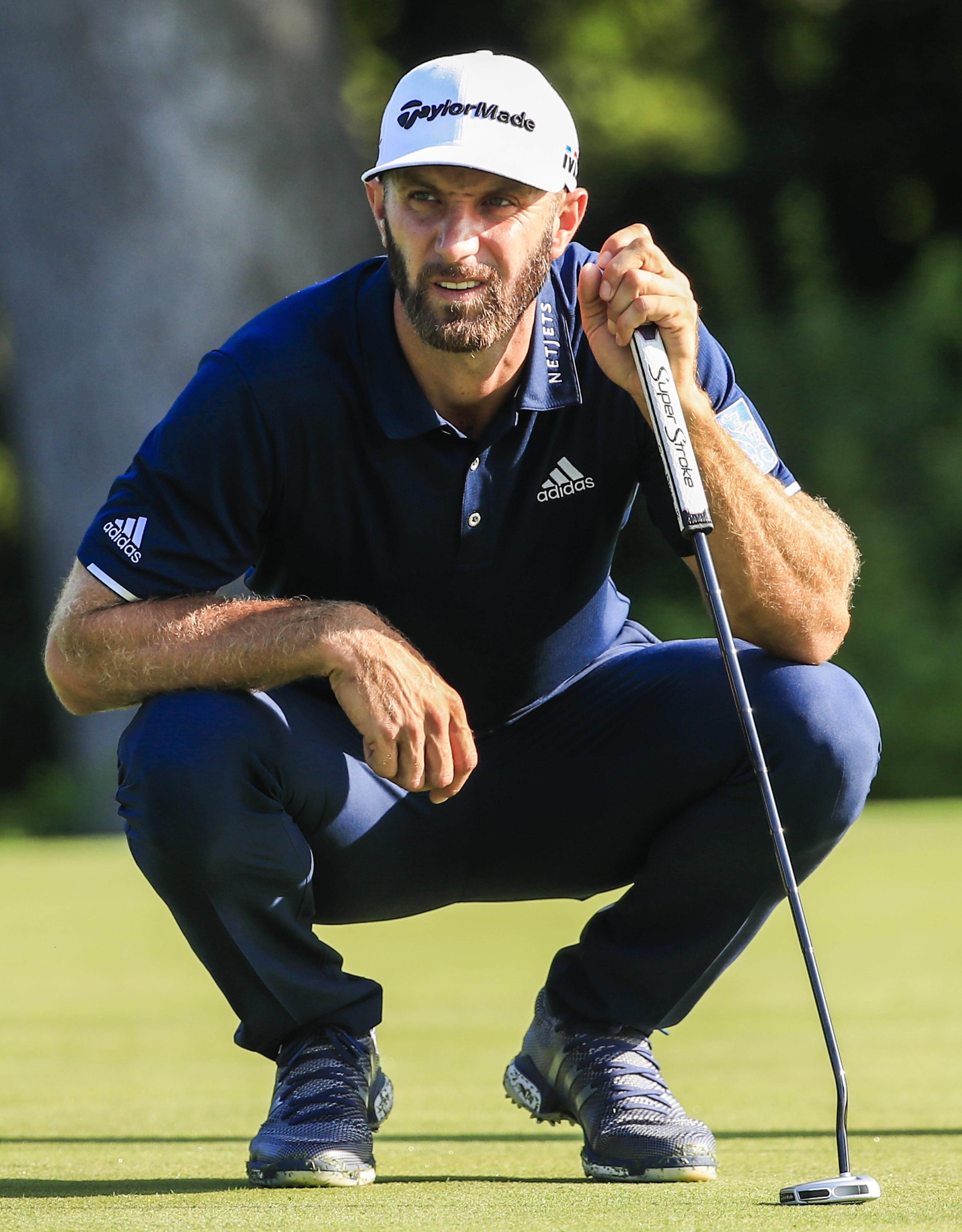 And they occupy the first two places on the US Ryder Cup qualifying table, having locked up their spots months ago.

Koepka, 28, raised hopes of a second Major triumph this year with his bogey-free 63, a six shot improvement on his opening effort.

He had a twenty footer at the last to match Brandon Grace as the only player to shoot 62 in the big ones, but saw it slip agonisingly past.

Johnson got off to a slow start as he set out to build on his opening 67, and was one over par for his round after eleven holes. But he exploded into action with a hat-trick of birdies, and added two more to sign for a 66.

Johnson had a shocker at the Open last month, but bounced back by shooting 23 under par to win in Canada, his third victory this year. And a closing 64 earned him a share of third at last week’s Bridgestone Invitational.

He was typically laid back about this latest low score, commenting: “I feel like I’ve got some nice momentum going again, and I’m definitely swinging well at the moment.

“It was good at the end. I played my back nine really well. I drove it a lot better on those holes – I just didn't hit very good drives on the front nine.

“But I still hit a lot of good shots, especially with the irons, and I just had to stay patient. Sure enough, I had a lot of good looks at birdie on the second nine, and rolled in a few nice ones on the last seven holes.”

Johnson admits he has found it frustrating not to add to his 2016 US Open victory. He added: “I'm definitely wanting to get that second Major. It would mean a lot

“I'm in a good position going into the weekend, but I'm going to have to play just as good for these next if I want to have a chance to win.”

Koepka was not on most people’s short lists as a likely winner this week, mainly because he likes to hit the ball left to right – and most of the doglegs at Bellerive head in the opposite direction.

But he said:: “I like the way the golf course sets up. People talk about it turns right-to-left, but you've always got a bunker on the inside of the turn – and I can carry most of them.

“So it's not really a big deal. You can kind of get away with it with my length.

“And I drove it beautifully today, plus my wedges distance control is spot on, and I’m making the putts, especially those five to six footers that you need to make to go low.”

Kopeka was not the only American who had golf fans on 62 – and even 61 – alert. Open runner-up Kevin Kisner teed off at the tenth and played the back nine in just 29 shots, six under par.

He needed three more birdies to set a new record in the Majors, but managed just one – and was furious for giving that shot back with a bogey at the ninth.

That dropped him out of a share of the lead with playing partner Gary Woodman, who added a 66 to his opening 64 to set the pace ion ten under par.

Charl Shwarzel, who famously birdied the final four holes to win the 2011 Masters, was also on course for a record-breaker after playing his first 16 holes in seven under par.

But he failed to cash in on the par five 17th and finished with a 63, moving him alongside Johnson at seven under.