Home » Sport » Violence has no place in sport

Contact sport is hazardous. Participants by implication consent to the inherent risks involved in physically and psychologically charged competition, particularly at the professional level, and injuries are inevitable. But these talented and dedicated young men and women do not consent in any way to being the victims of criminal assault.

While convention has it that sporting clubs and codes deal internally with thuggery and foul play, the laws of the land do not cease at the boundary line. While it seems unlikely they will, there is a reasonable argument police should examine charging West Coast star Andrew Gaff with assault for his behind-play punch against Fremantle’s Andrew Brayshaw last weekend. Ironically, Gaff had been among those tipped to win the AFL’s great accolade in 2018, the Brownlow Medal for the code’s best and fairest player, a prize he was close to snaring in 2016. 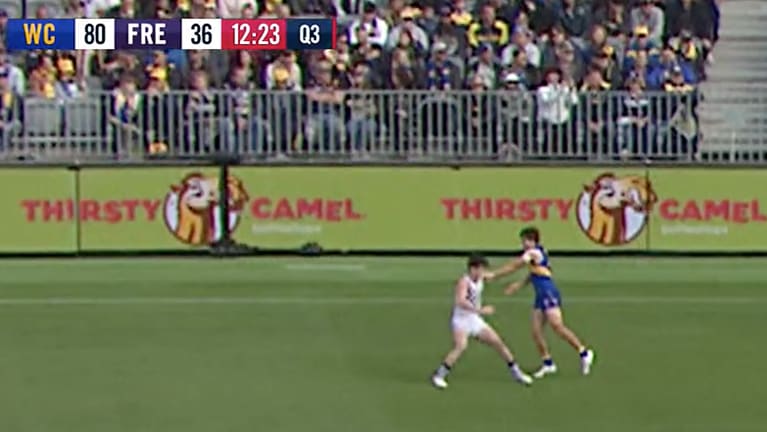 From Brownlow contender to on-field offender.

The transgression is even more mysterious in light of Gaff’s reputation, gained over several years and more than 170 AFL appearances, for fair play. He is reportedly devastated by his behaviour. He needs care, but the display of affection he received from teammates after the weekend’s outrage was overdone. They should make sure he is supported but should not be sending signals to fans, particularly young ones, that Gaff’s behaviour was acceptable.

Although there has only once been a criminal charge for on-field assault levelled at the very top level of Australian football (when Hawthorn’s then captain, Leigh Matthews, broke the jaw of Geelong’s Neville Bruns in an off-the-ball punch in 1985), there is no technical obstacle to police investigating the Gaff incident. Brayshaw, who is only 18 years old, could have been killed or permanently disabled. As it was, he required surgery for a broken jaw, and damaged teeth.

A leading Melbourne lawyer, David Galbally, QC, says ‘‘it’s a very serious assault. If you were just on the street and committed something like that, a judge would look at putting you in [jail].’’ Matthews was convicted and fined $1000, but the conviction was overturned on appeal and he was given a 12-month good behaviour bond.

Two decades after Matthews’ experience, a former professional player called Paul Tilley was sentenced to 18 months in prison for an assault during a match in a regional competition. Presiding County Court judge Roy Punshon said: ‘‘If there was a time in the past when assaults on the football field were regarded as part of the game and justified a blind eye or excessively lenient punishment, that time has gone.’’

Much has been said in defence of Gaff’s character, but Brayshaw is the one about whom we ought to be most concerned, and zero tolerance should be shown towards thuggery.

A number of players in the past few decades have been shown leniency, which has arguably failed to create a deterrent. Some say Gaff did not aim at Brayshaw’s face, and that the younger player inadvertently ducked into the blow. Criminality aside, Gaff should be suspended for several weeks. The AFL is Australia’s only elite contact sport organisation that does not have rules permitting umpires to order errant players off the field.

Whether or not Gaff faces legal consequences, his action is a compelling example of why the AFL should introduce the red card that expels anyone committing thuggish behaviour from the arena.