England's world No50 became Eddie the eagle on the ninth hole as his drive bounced sidewards like a Shane Warne delivery – then jumped back the other way and into the pocket.

And the European tour's official account posted the video with the words: "CRAZY HOLE-IN-ONE. Not your average ace from @PepperellEddie…" 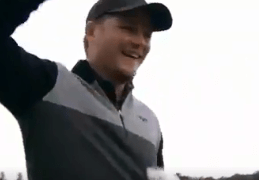 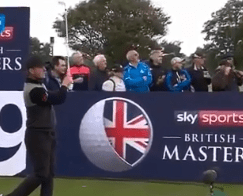 The shot also helped catapult the Abingdon ace into contention in the top six.

And it was the latest landmark in something of a breakthrough time for the 27-year-old.

After dropping out of the top 500 early last year, he qualified for the 2017 US Open, where he landed his best-ever Major performance with joint 16th place. 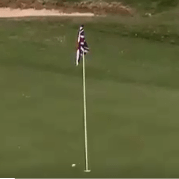 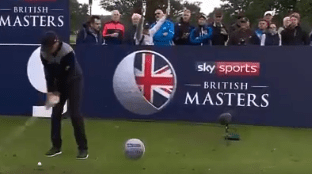 Then in February this year he notched his first European tour victory at the 129th attempt, by winning the Qatar Masters.

He followed that up with second place in the Scottish Open. 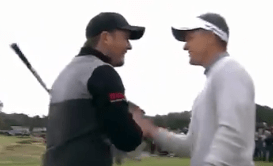 That sealed a spot at The Open, in which he tied for sixth with a five-under-par 67.

If that was not dramatic enough, Pepperell then told the media he had been hungover on that incredible fourth day.

But this afternoon he he has surely earned the right to a drink after conjuring something that was far more than a Tad special.