Home » Sport » We have the advantage over Collingwood: Edwards

Having already experienced a preliminary final last year, Richmond premiership star Shane Edwards believes the Tigers have the advantage over Collingwood heading into Friday night’s blockbuster at the MCG.

Twelve months ago, Richmond beat GWS by 36 points in their grand final qualifier before storming to their drought-breaking premiership a week later, and Edwards had little doubt that the Tigers would look back on what they were able to achieve in that period of time as part of their preparation this week. 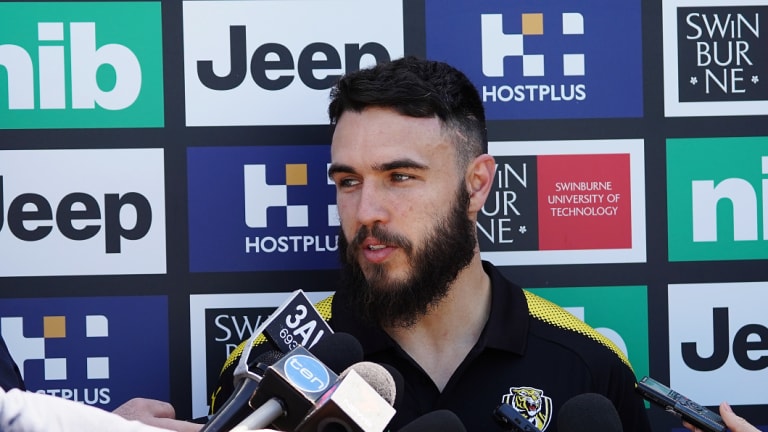 Advantage Richmond: Shane Edwards thinks the Tigers will have the upper hand on Friday night.

“I suppose it will be hard not to look back on what happened last year, it’s an advantage we have over Collingwood that we were there last year,” Edwards said at Punt Road Oval on Thursday.

“So we can reflect back. Individually as well, we know what the moments are going to be like so that’s something individually we’re going to look at and see how you prepared and how you came out last year.

“It’s similar and different at the same time (this time around). Last year we didn’t really know what to expect … (but) the feeling, the butterflies are (still) there.”

Edwards admitted the fact that Richmond would be playing a fellow Victorian powerhouse club added another exciting element to the preliminary final.

“It gives an extra buzz, I suppose the crowd’s going to be louder as well,” Edwards said.

“But at the same time the game is the same, nothing on the field changes, it’s all external noise but we’re just going to have to embrace everything outside the white lines.

“It’s not often you get to play an enormous club like Collingwood in a prelim so it’s something we’re going to have to take it all in, not completely disregard the event but make sure we stay level-headed and just focus-driven.”

One thing that will definitely be different about this year’s preliminary final compared to last year’s is the fact that the MCG will more or less be split down the middle between Richmond and Collingwood fans on Friday night as opposed to 2017 when around 95 per cent of the 94,258 fans were barracking for the Tigers against GWS.

“It’s an even-home-ground kind of game so we’re looking forward to it and we’re going to have to have the momentum for more of the game than they are.

“They’re a system-based team and so are we so it’s who sticks to their structure the longest and who keeps the intensity up for the longest.

Edwards denied Richmond headed into the game feeling as though they’re unbeatable and he was unsure if too much could be taken from the two meetings between the clubs this year, which the Tigers won.

“We go in with the feeling of if we do every single thing right, then they still might be able to beat us because you can’t stop some things,” Edwards said.

“But at the same time we just need to play at a standard that can put us in good stead come later in the game.

“They’re a familiar team given we’ve played them twice, they’ve been really competitive games, but they’ve improved a lot since then and we’ve improved in some areas as well so it’s going to be a new challenge coming up against them this time.”