There are many actors who will always be connected to certain roles. It feels like fate, as though it were meant to be.

So, it’s easy to forget that some of those famous performances almost didn’t come off, with some of the biggest names in Hollywood almost passing on their most famous roles. Here are the nearest misses in movie history. 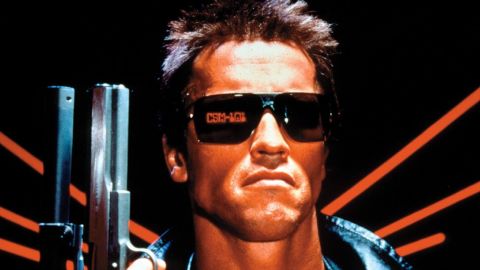 The Austrian Death Machine himself initially doubted that he should play a death machine at all. He revealed in his 2012 memoir that he didn’t want to follow his monosyllabic Conan the Barbarian role with the even less chatty Terminator. “I was afraid people would think I was trying to avoid speaking roles, or, worse, that a lot of my dialogue had been edited out of the final film because it wasn’t working.”

He was also keen to stick to heroic roles at that early stage in his acting career, to which James Cameron responded by emphasising the amorality (and therefore non-villainy) of the killer robot. Schwarzenegger was won over. It didn’t hurt his actor career (far from it), and the people of California apparently were convinced by his grasp of the English language when they elected him as governor in 2003.

Alan Rickman really lucked out with his first movie role – a little action film called Die Hard – which was offered to him two days after he arrived in Los Angeles. Not afraid to reveal his past snobbery, the late actor admitted at a BAFTA event, “I didn’t know anything about LA. I didn’t know anything about the film business… I’d never made a film before, but I was extremely cheap.

“What the hell is this? I’m not doing an action movie,” he thought after reading the script, but was eventually convinced to sign on by the screenplay’s wit and progressiveness. But it didn’t stop him suggesting a string of changes to producer Joel Silver, some of which – Hans Gruber wearing a suit and pretending to be a hostage – were incorporated into the film.

And thus, a career of smirking, deliciously evil movie roles was born. 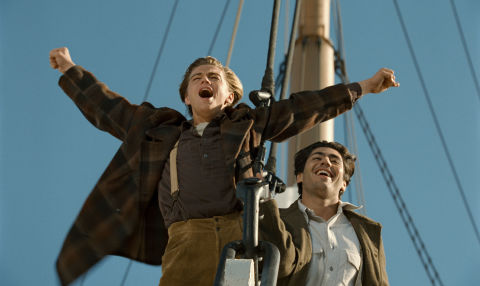 DiCaprio didn’t think the lead role in James Cameron’s future mega-blockbuster was for him – and no, it wasn’t because he was worried about how his suspiciously ’90s hairstyle would fit into the 1912 setting. Apparently, he wasn’t interested in taking on a traditional romantic lead role, believe it or not.

“His character doesn’t go through torment, and Leo previously and subsequently in his career was always looking for that dark cloud,” Cameron told People. “It became my job to convince him that it was a challenge to do what Gregory Peck and Jimmy Stewart did in previous generations, to stand there and be strong and hold the audience’s eye without seeming to do very much. Only when I convinced him that was actually the harder thing to do that he got excited.”

In another world, the film went with the initial favourite, Matthew McConaughey, and Kate and Leo fever never happened. 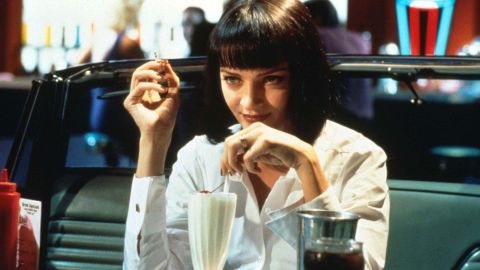 The 23-year-old Uma Thurman had several concerns about taking the role of Mia Wallace in Quentin Tarantino’s now-acclaimed crime drama – the obscenity, the drug-usage, the violence – but one thing in particular was playing on her mind: “I was worried about the Gimp stuff.”

Thurman was concerned about the “pretty frightening” rape of her character’s crime boss husband in the movie. “[Quentin and I] had very memorable, long discussions about male rape versus female rape,” she said. “No one could believe I even hesitated in any way. Neither can I, in hindsight.” 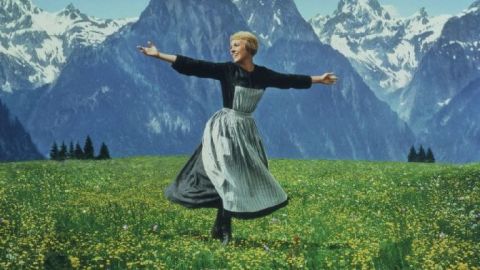 Julie Andrews had two concerns about playing Maria in the Sound of Music, neither of which involved twisting an ankle on an Austrian mountainside. The first was that she wasn’t particularly keen on following Mary Poppins with another musical. Secondly, she didn’t want to be typecast as a nanny.

“Having done the Americanization of Emily between Mary Poppins and The Sound of Music, I hoped that would show I didn’t only play nanny roles!” she said. After that role as a motor pool driver/widow in war-torn London – and managing to negotiate her contract with Fox down from four movies to two – she decided to take a punt on Maria.

She’ll always be the magical singing nanny of our hearts, and we hope she’s come to terms with that. 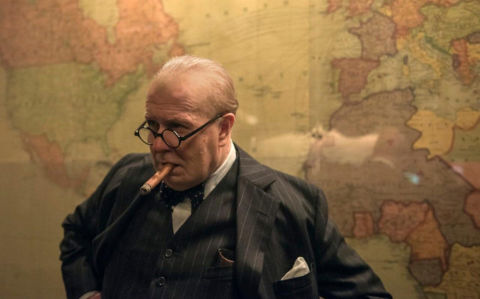 Having never even been nominated ourselves, we’re not exactly sure about the concept of someone ‘deserving’ to win an Oscar. Whatever the case, Gary Oldman (a strong rival for Rickman’s moustache-twirling villain crown) has definitely had a storied career and some great roles.

His turn as Winston Churchill in Darkest Hour was the part that finally nabbed him an Academy Award in 2018. But he initially turned the movie down, reportedly concerned that “he would not be able to meet the physical demands playing Churchill required”. We’re not sure what that means, other than maybe that Churchill was a bit on the heavy side.

Whatever the case, his mind was apparently changed when he saw the 65-year-old Prime Minister’s “youthful vitality” in some footage. Toss in a fat suit and the golden statuette was his for the taking. 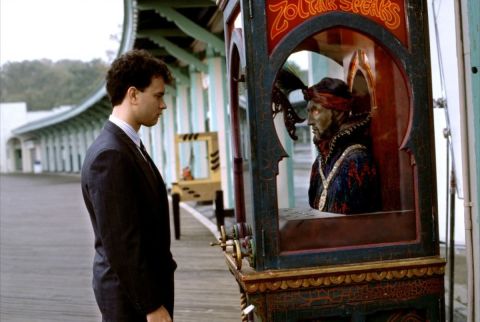 According to the DVD extras for Big, Tom Hanks nearly had to miss out on the classic ‘teenage boy transformed into an adult by a creepy fairground fortune telling machine’ role due to a scheduling conflict with an unknown project.

The suggested alternative was Robert De Niro, which would have apparently necessitated rewriting suburban 12-year-old Josh Baskin as a streetwise city kid, because De Niro. That deal never came off, and when Hanks’ schedule cleared, ’80s feelgood family history was made. 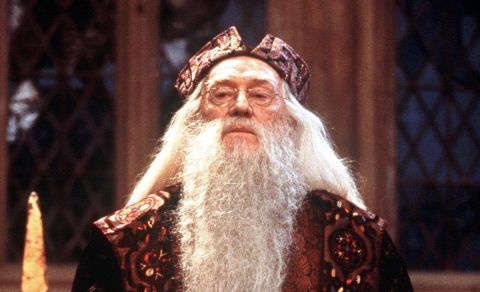 One refusal wasn’t enough when it came to Richard Harris turning down the role of JK Rowling’s wizard headmaster – he had three.

“Anyone involved has to agree to be in the sequels, all of them, and that’s not how I wanted to spend the last years of my life, so I said no over and over again,” the late actor told Zap2it.com.

The reason that he eventually accepted the role is pretty sweet if you ignore the emotional blackmail element. The blow came at the hands of his granddaughter Ella, who said, “If you don’t play Dumbledore then I will never speak to you again.”

But, disappointed in his performance in The Apprenticeship of Duddy Kravitz (yeah, we’ve never heard of it either) and convinced it would be a flop, Dreyfuss is said to have begged to be allowed to star in Jaws, as he expected that his career would be over otherwise. 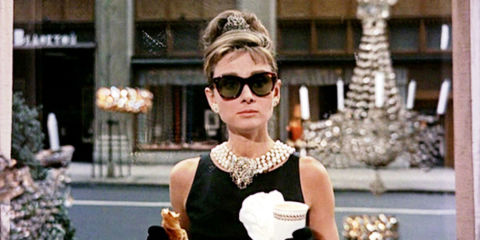 Breakfast at Tiffany’s writer Truman Capote was famously keen on Marilyn Monroe starring as troubled free spirit Holly Golightly in the adaptation of his novella, until “Paramount doublecrossed [him] in every conceivable way and cast Audrey”. “Audrey is an old friend and one of my favourite people but she was just wrong for that part,” he said.

For her part, Audrey Hepburn admitted to hesitating for a long time before finally accepting the role. “It’s very difficult and I didn’t think I was right for it,” she said. “I’ve had very little experience, really, and I have no technique for doing things I’m unsuited to. I have to operate entirely on instinct. It was Blake Edwards who finally persuaded me. He, at least, is perfectly cast as a director, and I discovered his approach emphasises the same sort of spontaneity as my own.” 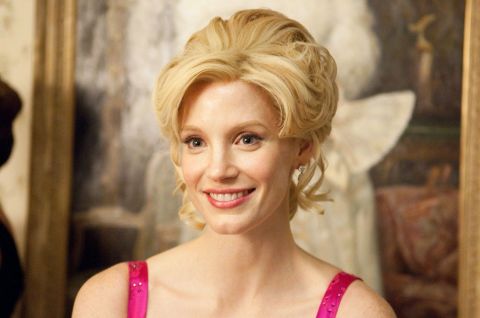 Have you ever been caught up in one of those recruitment processes that seems to last forever? Five interviews – including three presentations – with a gap of weeks in between each? It’s somewhat reassuring to know that even the phenomenally talented Jessica Chastain isn’t immune.

She nearly skipped an audition because the process “had been stretched out for so long, and I thought it was because I wasn’t the right look, you know? I didn’t look like Celia Foote, so I remember there was a moment when I was like, ‘I’m not going to go. They clearly don’t want me for this part. It’s my day off. I shoot all night, so I can’t fly to LA and then fly back, I just can’t do it’. But I was talked into going.”

And the rest, as they saw, is a nomination for Best Supporting Actress.