Everyone’s favourite teenage witch will cast her spell over us all in The Chilling Adventures of Sabrina later this year, but that’s not the only Riverdale spin-off in the works.

Deadline has reported that showrunner Roberto Aguirre-Sacasa is also working on a third show that’s presumably based on another Archie Comics property. Although development is still in the early stages, Aguirre-Sacasa has promised that this mysterious addition “will be very different from Riverdale“.

Since we highly doubt that other Archie horror-fests like Vampironica or Jughead: The Hunger will hit our screens anytime soon, join us as we explore other comic-book stories that the team behind Riverdale could draw inspiration from for their latest show.

1. Josie and the Pussycats 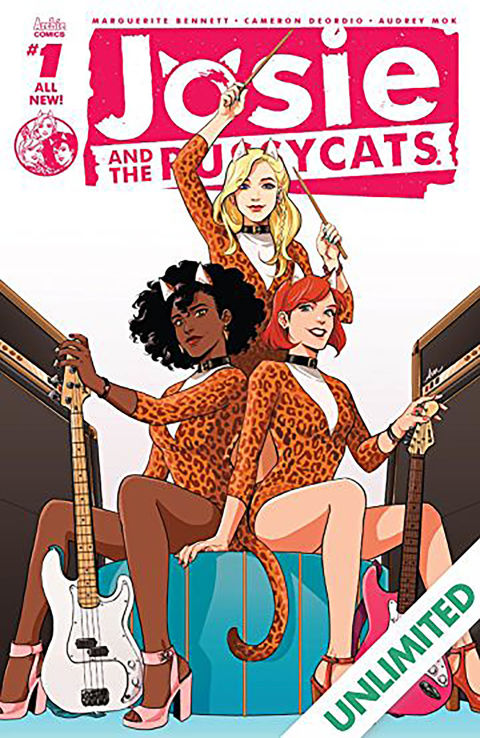 Music has been an integral part of Riverdale since the very first episode, so it wouldn’t be much of a stretch to cast the Pussycats in a new show that follows them as they hit life on the road. For some time now, fans have complained that Josie, Melody, and Valerie are often pushed aside in favour of the core four, despite the fact that they were once the focus of an entire movie.

By casting Josie and the Pussycats in their own spin-off, the trio could finally be given their time to shine in the spotlight, perhaps fighting against their jealous comic-book rival, Alexandra Cabot.

And of course there’s a precedent here, in the form of the Saturday-morning show from the ’70s. 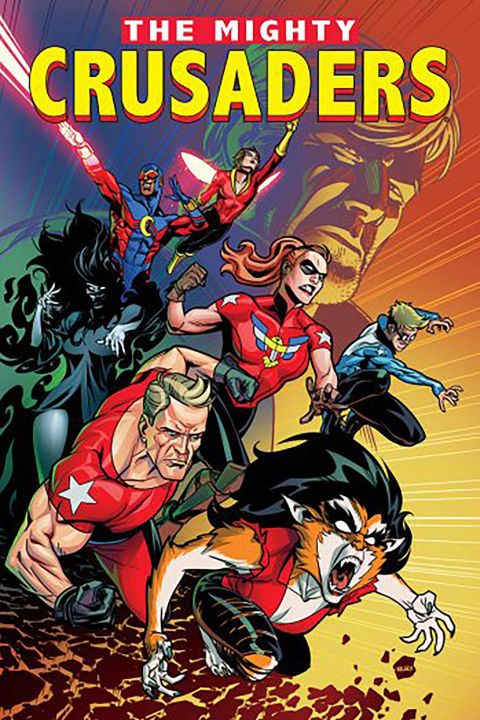 Once an inspiration for Alan Moore’s Watchmen series, The Mighty Crusaders are a crime-fighting team of superheroes who were first written by Superman co-creator Jerry Siegel back in the ’60s.

Given how popular vigilantes are on The CW right now, it makes sense that Aguirre-Sacasa might consider bringing characters like Shield and The Comet to the small screen. While this would indeed be “very different” from anything that Riverdale has to offer, the network is already home to an entire Arrowverse full of heroes and throwing more into the mix could turn out to be mighty confusing. 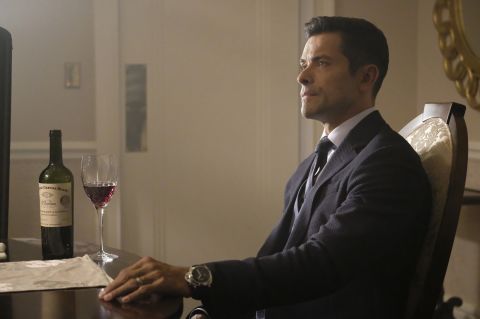 On the same day that he announced the spin-off, showrunner Aguirre-Sacasa also revealed that the fourth episode of Riverdale’s next season will flash back to the adults as high-school teens. Although each parent will be played by the younger actors who portray their children, a spin-off could delve deeper into the history of Riverdale with a whole new cast, adding further insight into the present day mysteries that perplex the likes of Betty and Jughead.

And honestly, who wouldn’t want to see the ‘hot Riverdale Dads’ in their younger years? 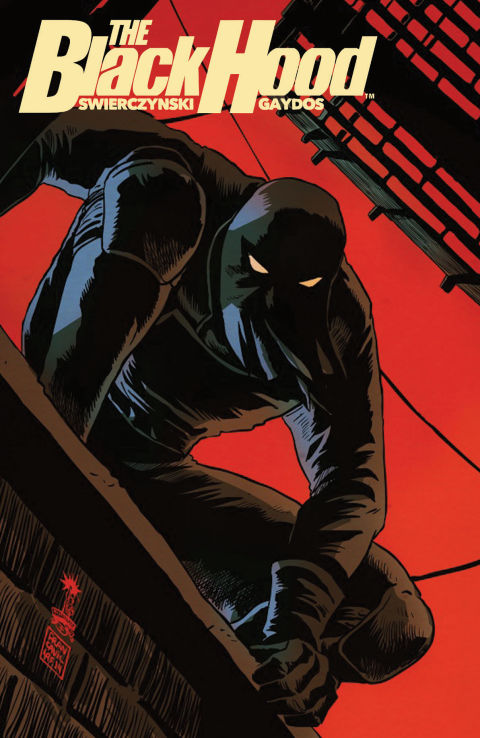 After he shot Archie’s father in the season one finale, the mystery that surrounded the Black Hood’s identity became a huge focus in the show’s sophomore outing, portraying the character as a twisted murderer.

However, the comic-book version of the Black Hood is actually far more heroic, fighting crime ever since he first made his debut back in the 1940s. While it’s true that The CW has more than its fair share of superheroes on the roster right now, the network could put a new spin on the genre by paying homage to The Black Hood’s pulpy roots, subverting what we saw on Riverdale with a far more faithful take on the character, superpowers and all. 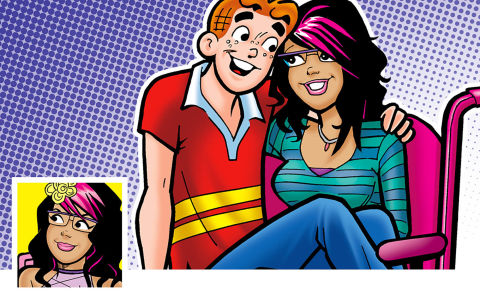 Although the Lodges are usually depicted as morally dubious crooks for the most part, they’re not all evil like Hiram. Back in 2014, Archie Comics introduced a new member of the family called Harper Lodge who works as a fashion designer in the big city.

Not only would it be interesting to explore the wider Lodge family in a Gossip Girl-style setting, but it would also be inspiring for people to see Veronica’s cousin take centre stage in her wheelchair. Few TV shows star disabled characters and the ones that do often play out like a cheesy after-school special. A Harper Lodge spin-off could help change that. 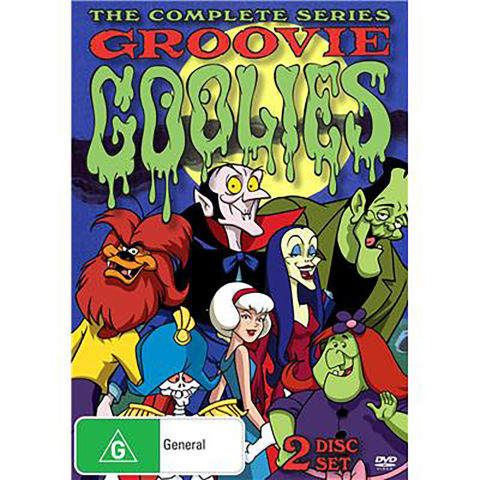 Long before The Ghoulies fought the Southside Serpents for control in Riverdale, an animated series called Groovie Goolies (yes, spelled that way) entertained kids on Saturday mornings in the early ’70s.

Originating as a spin-off from The Sabrina the Teenage Witch Show, the cartoon starred a group of monsters inspired by classic characters like Dracula and Frankenstein. If there are no major copyright issues, then an updated version of the show could take place in either animated or live-action form, and if that doesn’t work, then The CW could also try out a more gritty version of Riverdale that focus on the day-to-day life of The Ghoulies at Southside High. 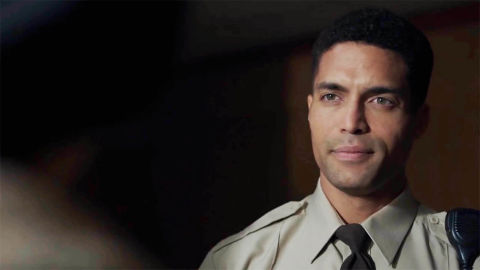 The Hangman is a superhero who fought as a member of The Mighty Crusaders in the past, but he deserves his own special mention here too as he’s one of the few vigilantes from Archie Comics who has already appeared on Riverdale.

At the end of Season 2, Michael Minetta replaced Sheriff Keller in the investigation of Midge Klump’s murder and it’s no coincidence that he shares the same name as one of the many people once called themselves The Hangman in Archie Comics.

While this was probably intended to be nothing more than an Easter egg, a spin-off could theoretically delve into supernatural territory using this same character, although we doubt that such a show would ever dive deep into the pact that Minetta makes with Satan in the comics.

Riverdale returns on October 10 on The CW in the US, and streams on Netflix in the UK.The Chilling Adventures of Sabrina comes to Netflix worldwide on October 26.