Ryan Murphy’s procedural drama 9-1-1 proved such a hit for Fox that it was renewed for a second season a few weeks into its run.

The show – which averaged more than 10 million viewers an episode in the US – follows the lives of Los Angeles first responders (cops, paramedics, firefighters and dispatchers) as they tackle a variety of emergencies, while trying to deal with their own personal issues.

“With a bold concept, award-winning stars and a flawless execution, Ryan, Brad [Falchuk] and Tim [Minear] have done it again,” said Dana Walden and Gary Newman, co-CEOs of the Fox Television Group. 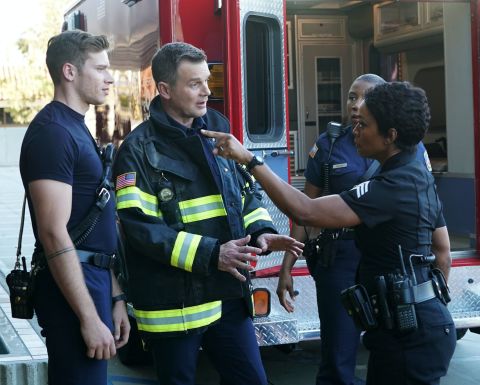 “They have tapped into the cultural zeitgeist and reimagined the procedural as only they could, bringing it to life with a dream team of actors led by Angela, Peter and Connie. This is storytelling at its best and we’re so pleased that it’s resonated with our audience.

“We’d like to thank everyone involved with this production for their stellar work, and we look forward to another thrilling season of 9-1-1.”

With season two just around the corner, here’s everything you need to know about the return of the hit drama.

911 season 2 release date: When does it premiere?

Fox has confirmed that the second season will launch with a two-night premiere event on Sunday, September 23 and Monday, September 24 in the US, before continuing on Mondays for the rest of the season.

In the UK, Sky Witness started airing the first season on August 15, 2018 – so UK fans might have to wait until 2019 to see the next season, unless the broadcaster decides to go straight into season two.

You can get a glimpse of the chaos set to hit Los Angeles in season two in this full-length trailer that was released at the start of August.

With an extended season two of 16 episodes, Murphy has spoken about wanting to expand the world of 9-1-1.

“We’re also going to grow the cast a lot. We built the firehouse crew out a lot and followed their soap opera stories. And in the second season we’re expanding our 911 call-centre group,” he told TVLine before the season one finale, adding to EW: ” We’re going to build out that 9-1-1 world the way we did the first-responder world, so you’ll see some new stars.” 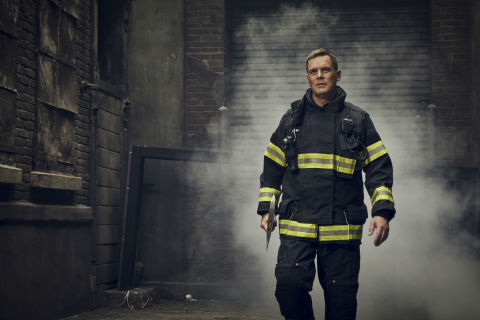 The season one finale saw Abby (more on her in a bit) leave Los Angeles after her mother’s death, while Bobby and Athena went on their first date. However, based on the trailer, they might have other concerns on their mind before continuing their fledgling romance.

It seems that Los Angeles is about to be hit with a huge earthquake, setting off a number of emergencies for the first responders to tackle. In the first season, each episode generally featured a few separate incidents, but it could be that the second season will feature one overarching event that links everything together.

Similarly, it could be that the earthquake is dealt with across the course of the two-night premiere event.

At this moment in time, it’s looking unlikely that we’ll see Connie Britton back as Abby during season two.

Before the season one finale, it was confirmed that Britton wouldn’t be back as a series regular in the next season, but Murphy revealed that she could come back in a guest starring capacity at some point in season two. 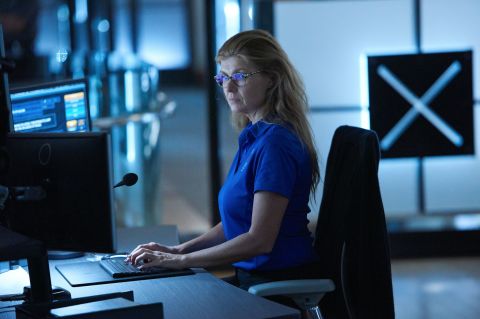 “We’re in the process of renegotiating her deal so she can come in and do a couple of episodes to keep her character alive. She really loves the cast and crew and she’s very hopeful that that can happen,” he told TVLine.

However, Fox co-chairman Gary Newman seemed to rule out an appearance from Britton in the new episodes, at least for the time being.

“We love Connie Britton, [but] it was always envisioned to be a one-year role. So it wasn’t a surprise [that she left]. If Connie expressed interest and had time in the future, I know Ryan would be thrilled to bring her back to the show,” he explained.

So instead of Abby, season two’s call-centre operator will be Maddie Buckley, played by Jennifer Love Hewitt. Maddie is the sister of firefighter Evan ‘Buck’ Buckley (Oliver Stark) and like Abby, it sounds like she has her own battles to face in season two. 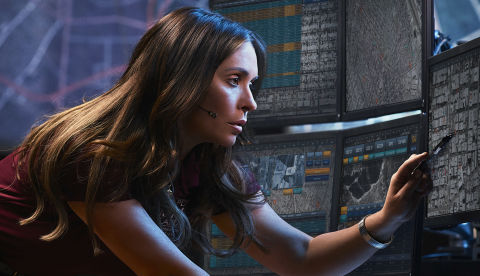 “She has had a little bit of a tough time in her life in sort of an abusive relationship. She comes to her brother pretty broken and bothered by what’s kind of happening in her life and needing to start over,” Hewitt told The Wrap.

“Needing a place to maybe figure out who she really is and hopefully help other people. She was a nurse before and sort of through his guidance and brilliance becomes a 9-1-1 operator and is able to help people but stay in the same place, given her situation.”

Rockmond Dunbar will also return as Athena’s husband Michael Grant, who came out as gay in the first season, while Corinne Massiah and Marcanthonnee Reis have been promoted to series regulars for season two as Athena and Michael’s children, May and Harry Grant.

Jennifer Love Hewitt isn’t the only new star in season two either as Ryan Guzman has joined the cast as firefighter Eddie Diaz, an Army vet who’s “been through a lot, but he also takes on a lot”. “He doesn’t put it on anybody else. He’s all about the job itself,” Guzman told TheWrap. 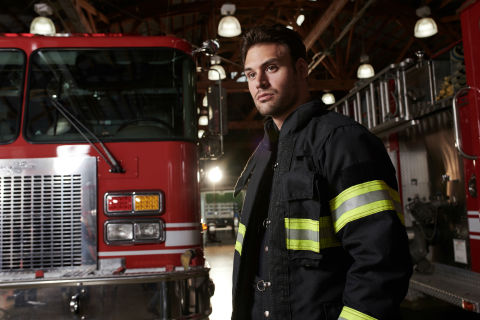 “So he’s a very easy person to like and there is not too much of him trying to get people to like him. It’s just innately in there. And that’s all due to [co-creator] Tim [Minear]. He just sold me on it by when I met with him he just told me the description of the character and I said, ‘Let’s do this thing’.”