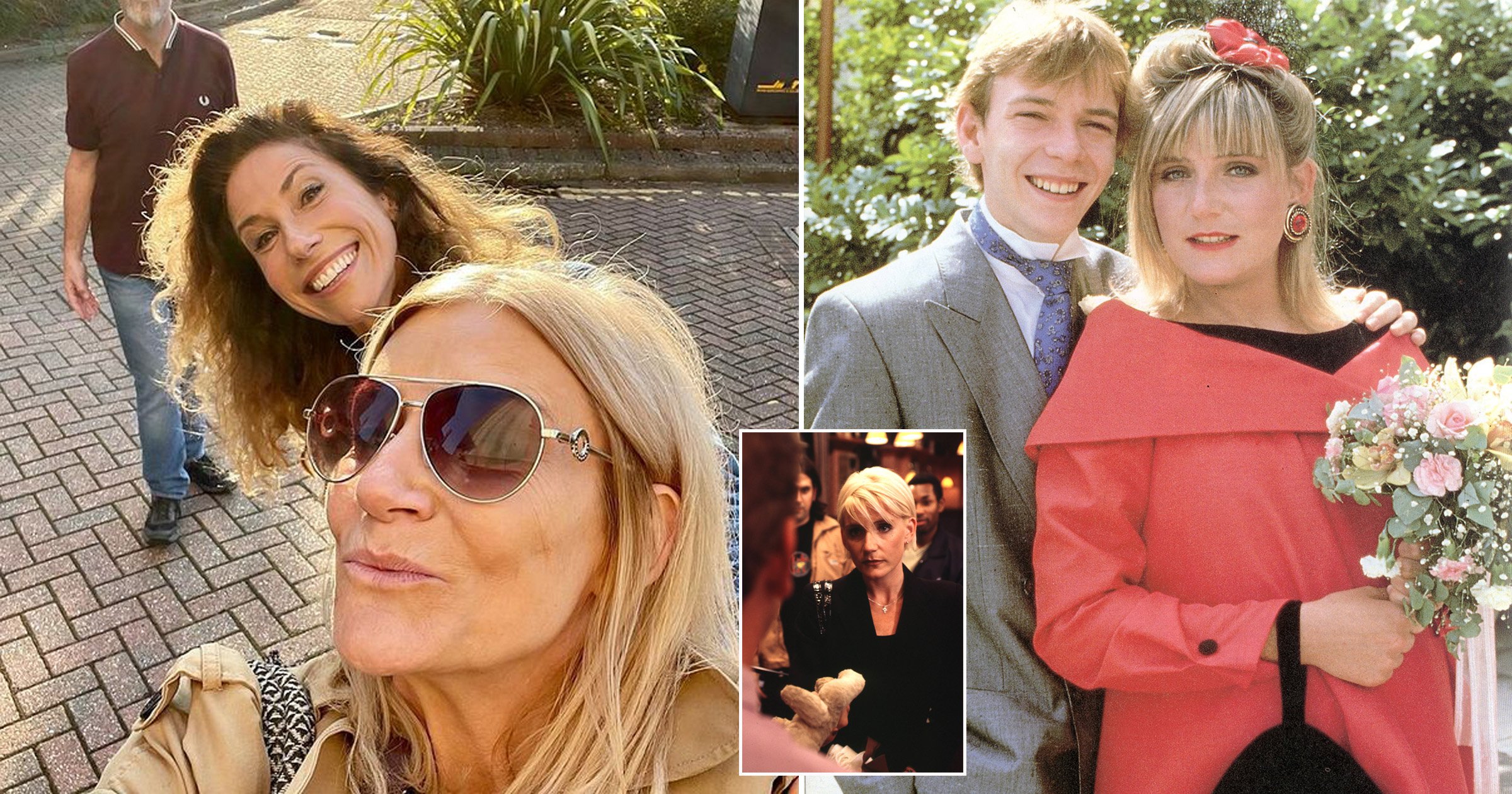 There was an EastEnders reunion of dreams, or Ian Beale’s nightmares, as Adam Woodyatt bumped into Michelle Collins.

The former co-stars ran into each other in Surrey, after separately visiting a theatre in Woking.

And they couldn’t help but let thrilled soap fans into the moment they met – sort of.

Taking to Instagram, Michelle, who played Ian’s late and very terrifying wife Cindy Beale, shared a snap of their meeting, beside Gaynor Faye.

In true Cindy form, she managed to cut her pal’s head off, with only Adam’s body visible in the selfie.

‘Went to see a #play today #lookinggooddead #matinee @newvictoriatheatrewoking with the lovely #actor #gaynorfaye in it,’ she wrote alongside the photo.

‘@msgfaye but who is that lurking in the background?? Ooh I think it might be @adamwoodyatt hiding from his #wifeys #exhusband.

‘Great play #thriller #whodunnit Go see it on tour for another 4 weeks or so.’

Adam shared the same picture on his own page, with the caption: ‘Small world! Bumped into @michelledcollins yesterday and she cut my head in half!!’

Fans were living for the impromptu reunion, flooding his post with memories of the moment Cindy tried to kill Ian.

‘She never gives up with trying to do you in,’ one replied, as another agreed. ‘Adam look out Michelle is about ha ha.’

‘@adamwoodyatt At least she didn’t shoot you this time,’ an Instagram user said.

‘Great to see you reunited with Cindy……well almost @adamwoodyatt x,’ a follower posted.

As a fan joked: ‘Still trying to get rid of Ian Beale.’

Adam and Michelle starred in the BBC soap together for years, with their characters not enjoying the best marriage.

In fact, Cindy famously tried to kill Ian during their tumultuous relationship, before she lost her life during childbirth.

Despite her death, soap bosses have teased a possible reunion for the character, especially as she still has family in Albert Square.

We wonder if Adam talked her into a bigger reunion…