ANT and Dec won the Best TV presenter NTA for the NINETEENTH time tonight – continuing to make history at the annual ceremony. 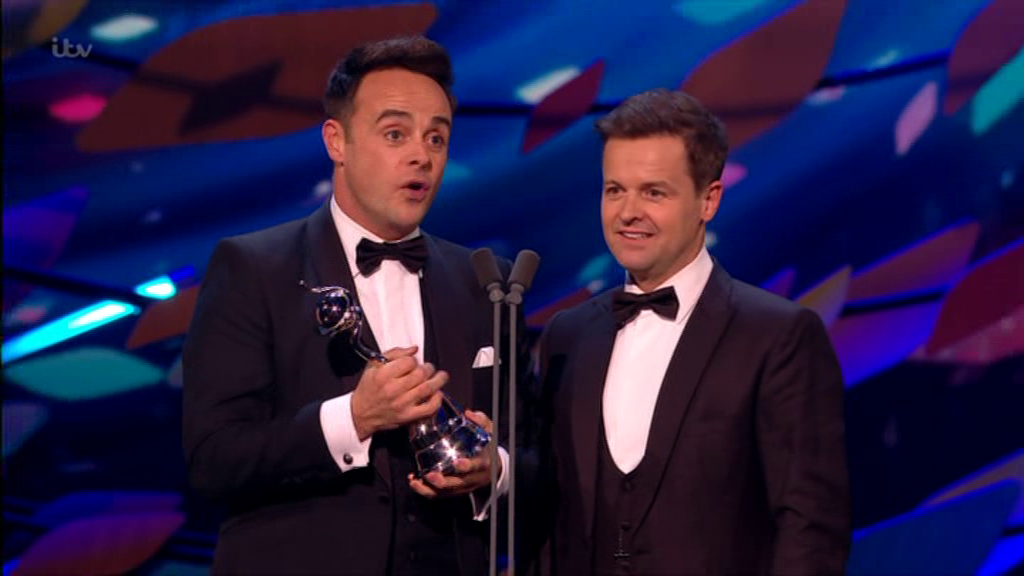 Despite the amount of times they have picked up the gong since first winning back in 2001, they were still shocked as they took to the stage to accept their latest award.

Giving each other a big hug, the pair were quick to thank their fans for standing by them through thick and thin.

Ant said: "Thank you, thank you very much.

"On the way in we had our usual chat about this being the year we don't win it, and we were like 'look it's been a great run, we're very lucky to do what we do' and then you go and do this to us again. 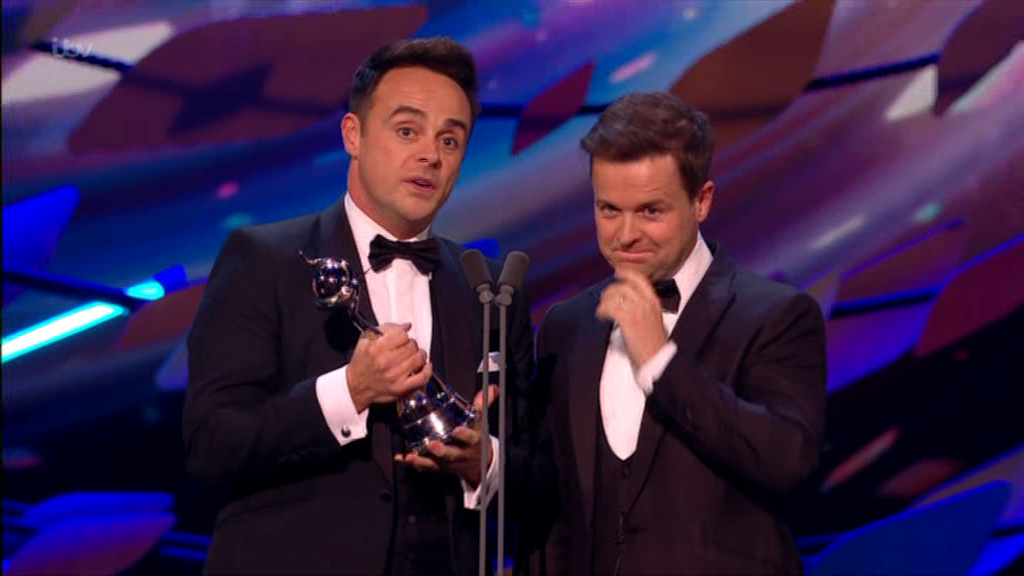 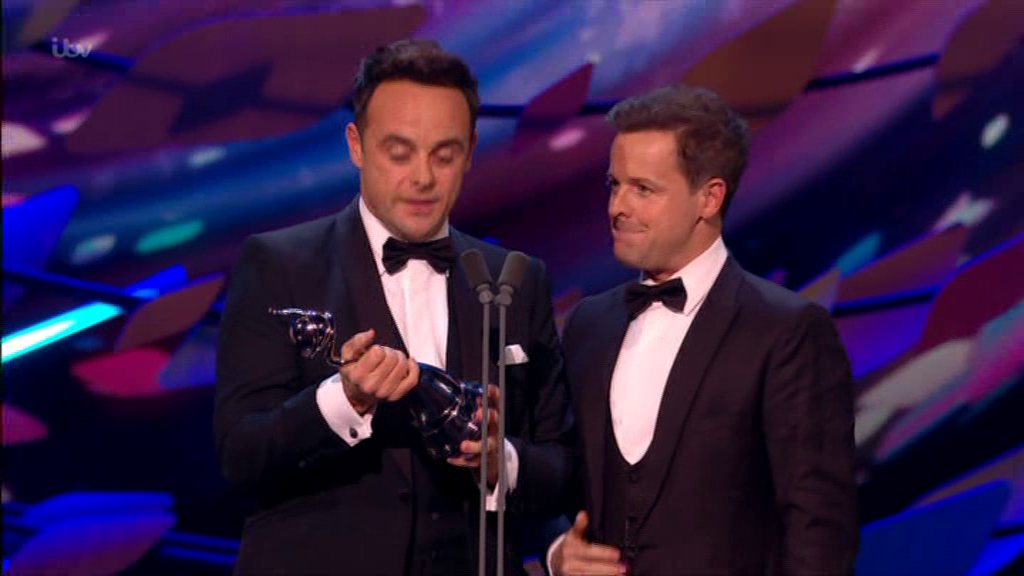 "Thank you, we are more grateful and more humble as the years go on and we really do thank you from the bottom of our hearts."

Dec added: "Yeah we are so grateful, it never gets any easier sat there, if anything you feel more and more sick every year.

"But honestly thank you to so many people, to everyone who works on all of our shows who make us look good.

"But most of all to those who took the time to vote for us, thank you to each and every single one of you, we really, really appreciate and hopefully see you next year." 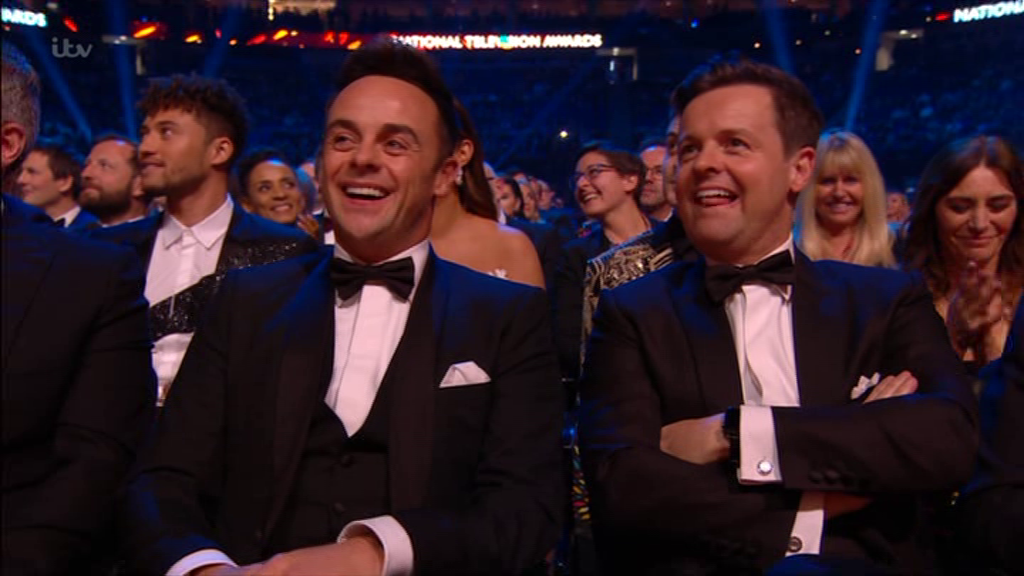 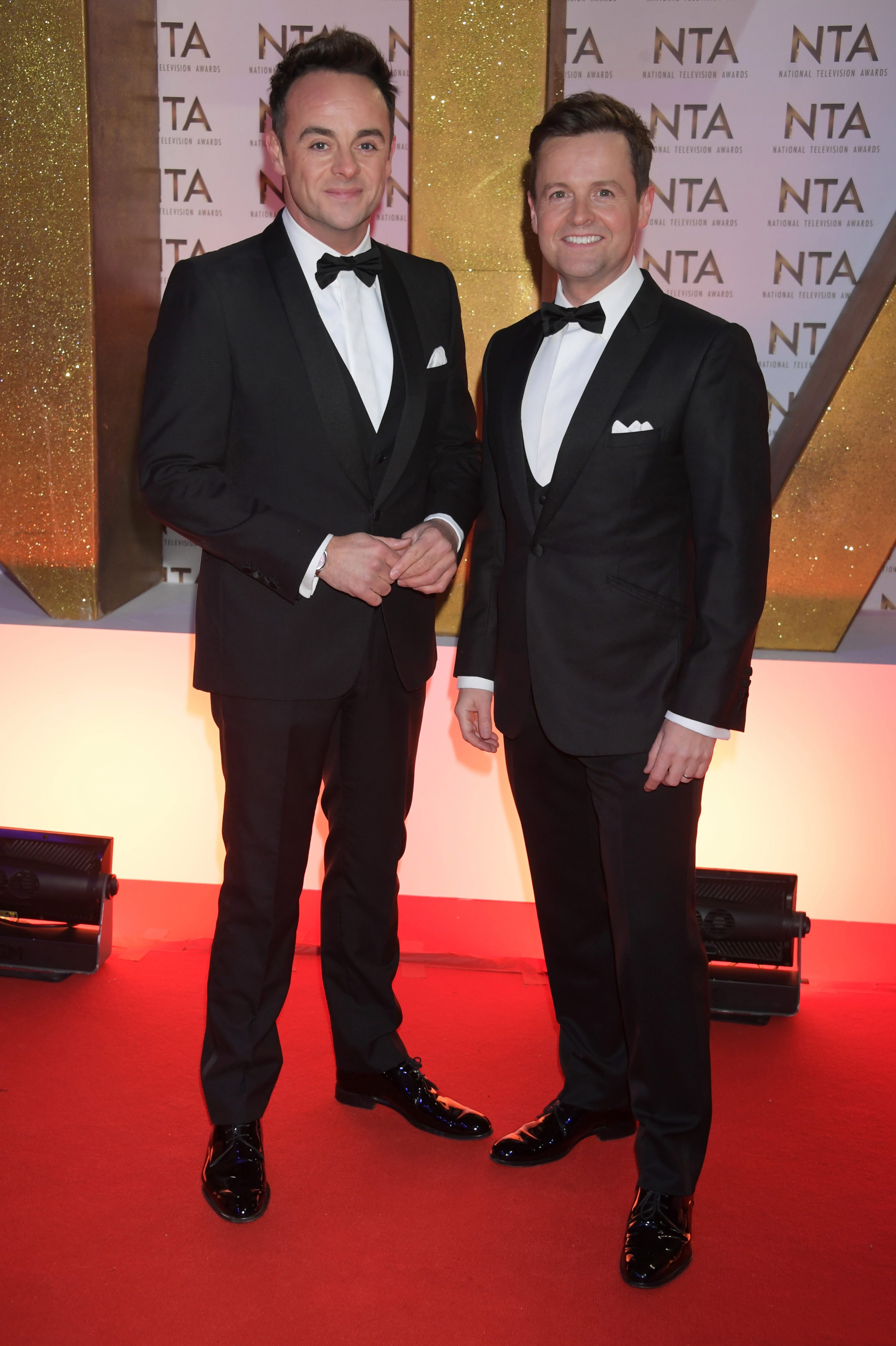 Their win will be no surprise to Good Morning Britain host, Piers Morgan, who called the result on today's show.

Announcing he was boycotting the event at London's O2 Arena, he said: "I would rather garrotte myself than sit through another Ant and Dec, Holly and Phil carve up so I will be at home with a nice bottle of wine.”

However he is planning on making his feelings known at the event by going on social media.

He warned: "I will be live tweeting and I think it’s fair to say I will be on some cases and I won't be holding back." 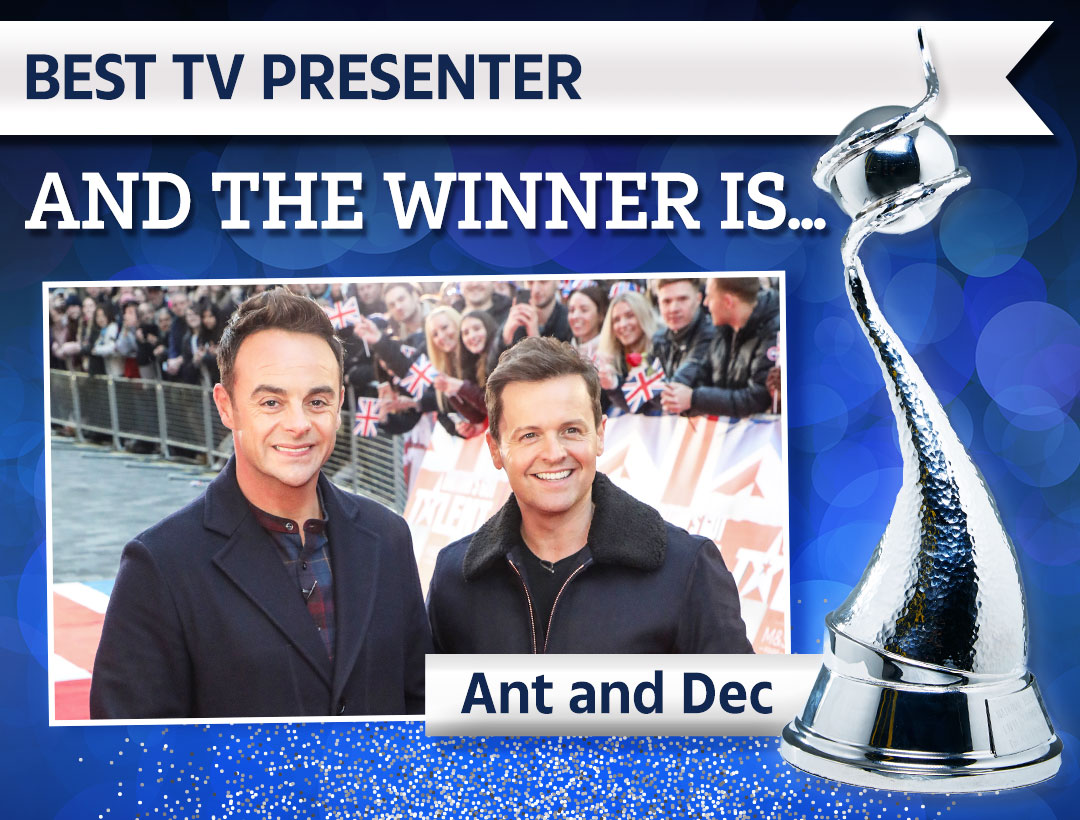 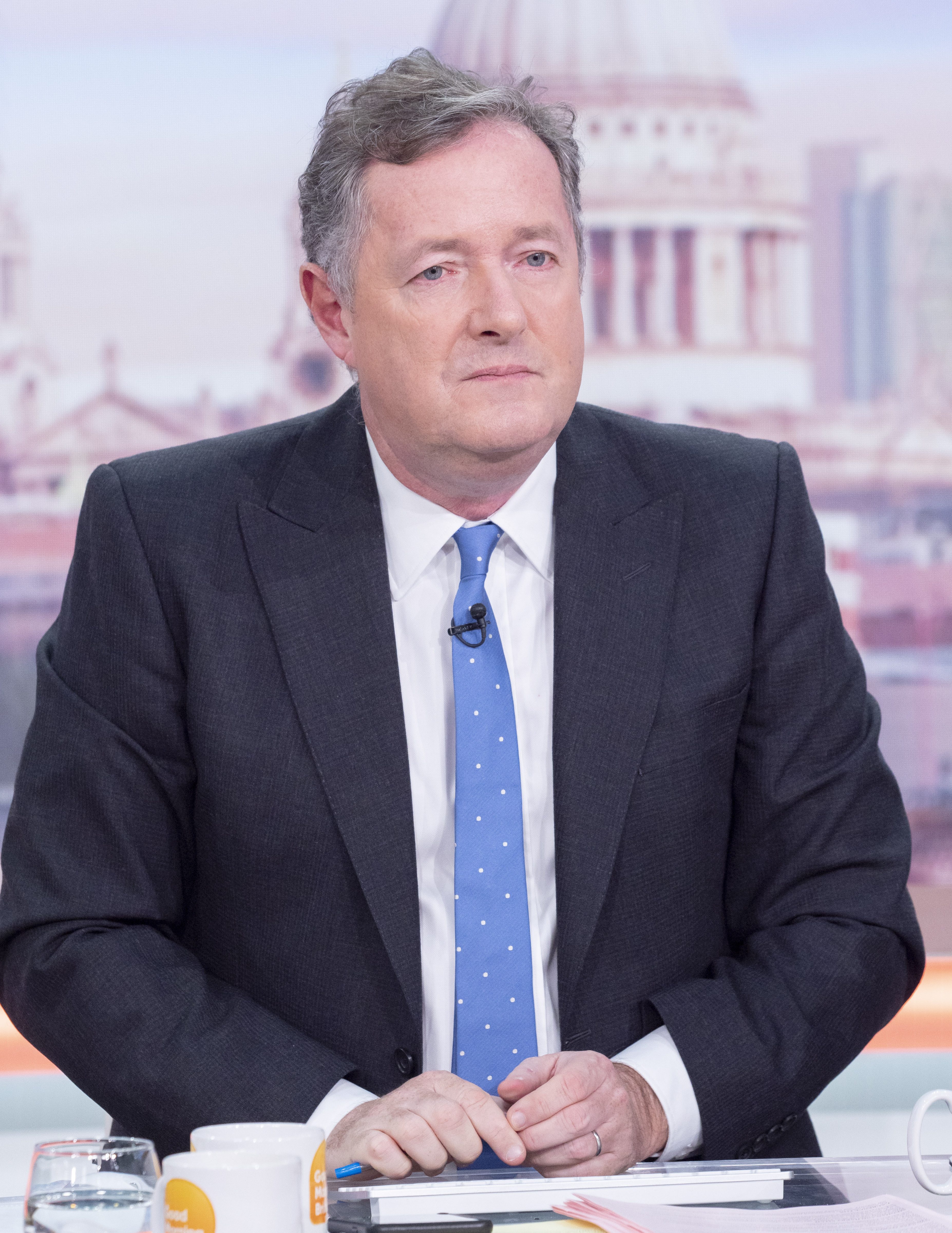 "The one big happy family narrative may take a little bit of a hit, so you may want to tune into my twitter feed at 7.30.”

Discussing it again later in the show, Piers said: "The winners have to be Holly and Phil and Ant and Dec. I'm not saying they fix, but they have the same agent."

He added: “It’s important that they win not least for their gigantic egos.”