Antiques Road Trip experts Natasha Raskin Sharp and Steven Moore took a trip to Scotland for a recent edition of the BBC show. Steven started the instalment trailing behind his co-star but ended the show on a high when his art deco flash made a “tremendous” profit of £150 which pushed him into the lead over Natasha.

The pair visited an antique shop where Steven spotted an art deco spirit flask that caught his eye.

He had around £250 to spend while Natasha had a much healthier budget of just over £400.

Steven commented: “The shop’s packed with stuff,” and Natasha remarked: “Steven must be in his element, he’s always talking about his ceramic children.”

“There are ceramic children everywhere,” he shared and his co-star joked: “This is like his family tree.” 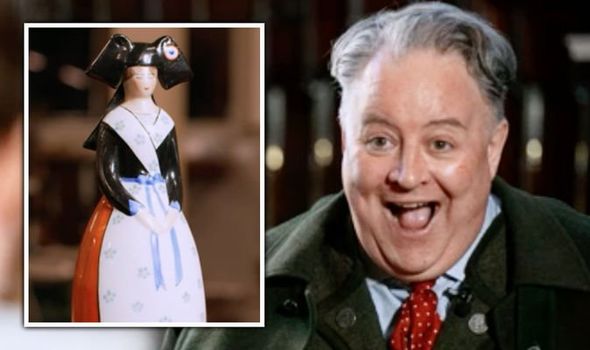 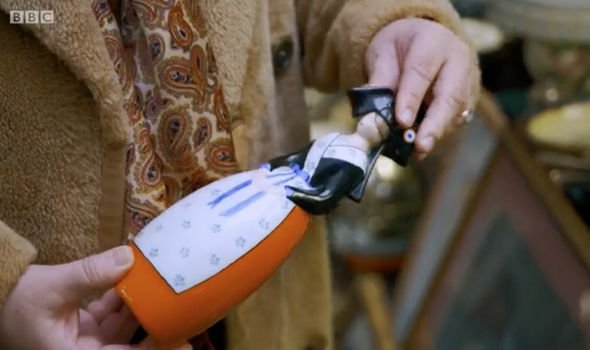 “They were a shop that selected the best designers and best makers and they married them together to make luxury products,” he said.

“It’s a really good maker and it’s £38,” Steven observed before spotting a slight crack on the item. 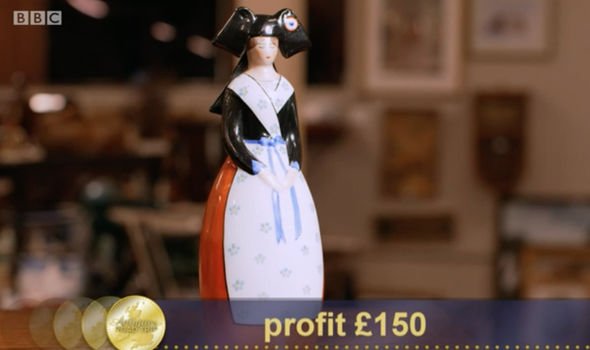 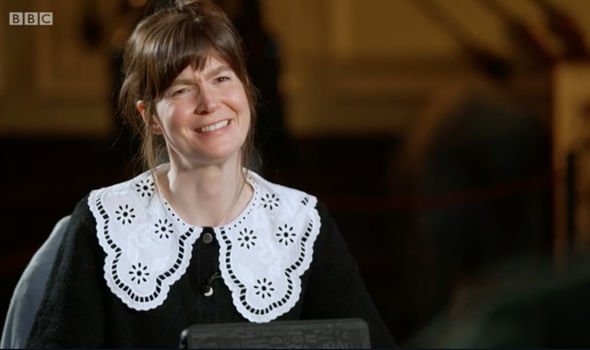 While Steven rejoiced at his find which he subsequently purchased at £30, Natasha found the shop a little harder to navigate.

“It doesn’t make it any easier when you just don’t know where to start,” she said.

“I wish I had less money, is that okay to say? I’m daunted by my budget.”

Natasha spotted some guilloché enamel dress buttons amongst the ceramics and the experts later purchased four more items each.

At the auction, Natasha admitted: “I do have a horrible feeling that I might have got carried away a couple of times but it was fun so whatever happens, happens.”

The last item of the day was Steven’s flask with both the experts having already suffered a few small wins and some substantial losses.

“I’ve got a bit of interest so let me start at £80,” the auctioneer announced.

“Steven that’s so cool,” Natasha remarked and Steven said: “And it’s going up!”

“Is she going to make £200?” Natasha asked before the auctioneer concluded the bidding at £180.

“I mean that’s only a profit of £150,” Steven joked while the voiceover presenter commented: “Tremendous result, definitely saved the best till last.”

“I know you thought there was profit, did you think there was that much?” Natasha asked and Steven admitted he hadn’t.

Antiques Road Trip airs on BBC One on weekdays at 4.30pm.