BACHELORETTE Tayshia Adams' fiance Zac Clark admitted the couple has suffered "ups and downs" in their romance after rumors claimed they had broken up.

Most recently, Tayshia shut down rumors they had ended their relationship after she stopped wearing her engagement ring.

🌹 Follow all the latest news and stories on The Bachelorette 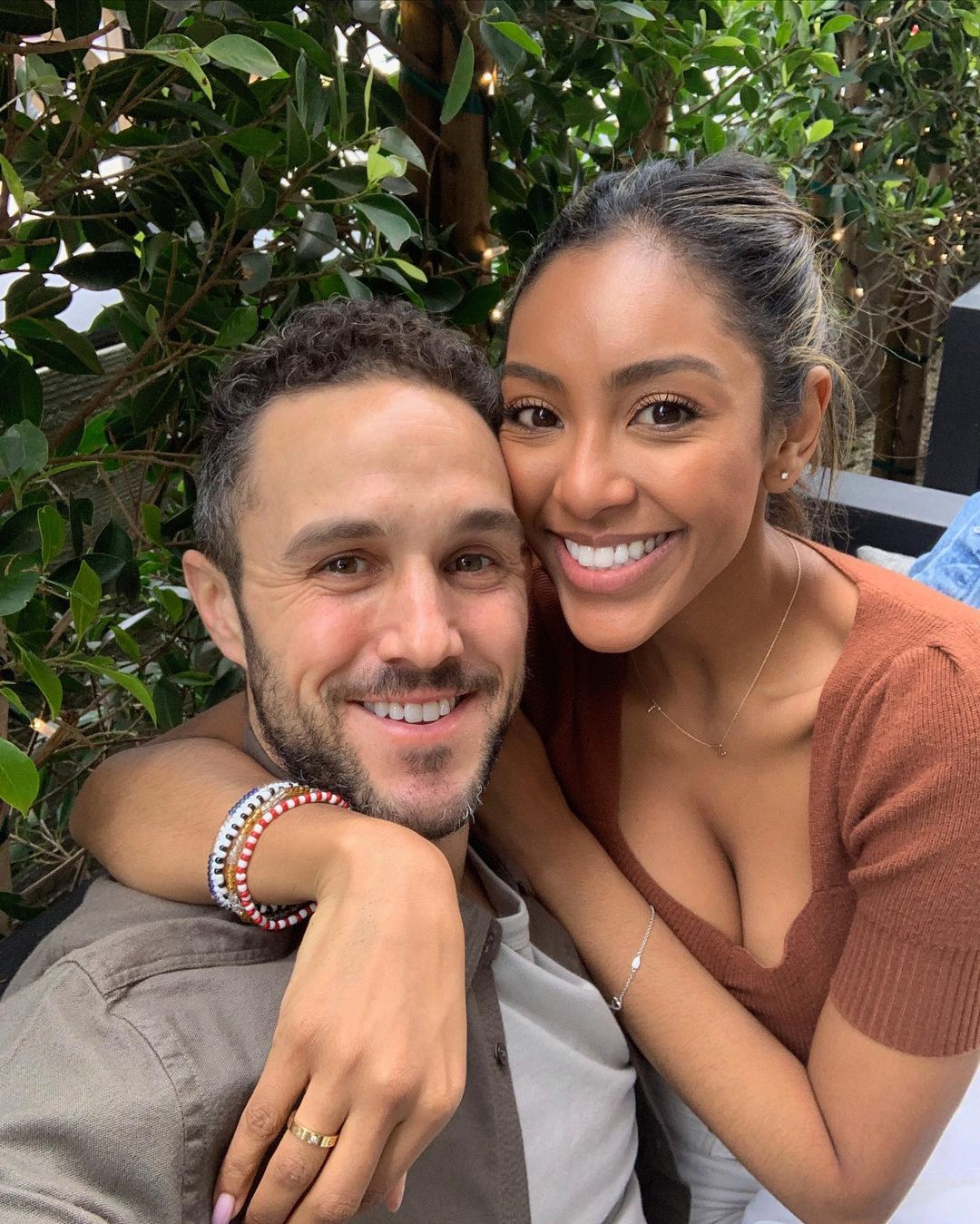 Unlike many couples, Zac and Tayshia only got to really know each other after getting engaged on national TV during the last season of The Bachelorette.

Naturally, that comes with its own struggles as Zac, 37, confirmed in an interview with Us Weekly.

He revealed that their relationship has had its good days and bad days, adding: "Naturally, it’s for all the reasons that people say it shouldn’t work. Because it’s so quick and all that stuff. And I hear that. There’s also a lot of reasons why, for me, it does work."

He added that the reason why meeting someone and getting engaged quickly of The Bachelorette worked was that they all had the same goal: to find love.

He said: "'Cause you put the cell phone down, there’s no distractions, your conversations are very, like, pointed and structured and you really give yourself – like, for me, I gave myself that opportunity to kind of really explore what love was and what this relationship could be.” 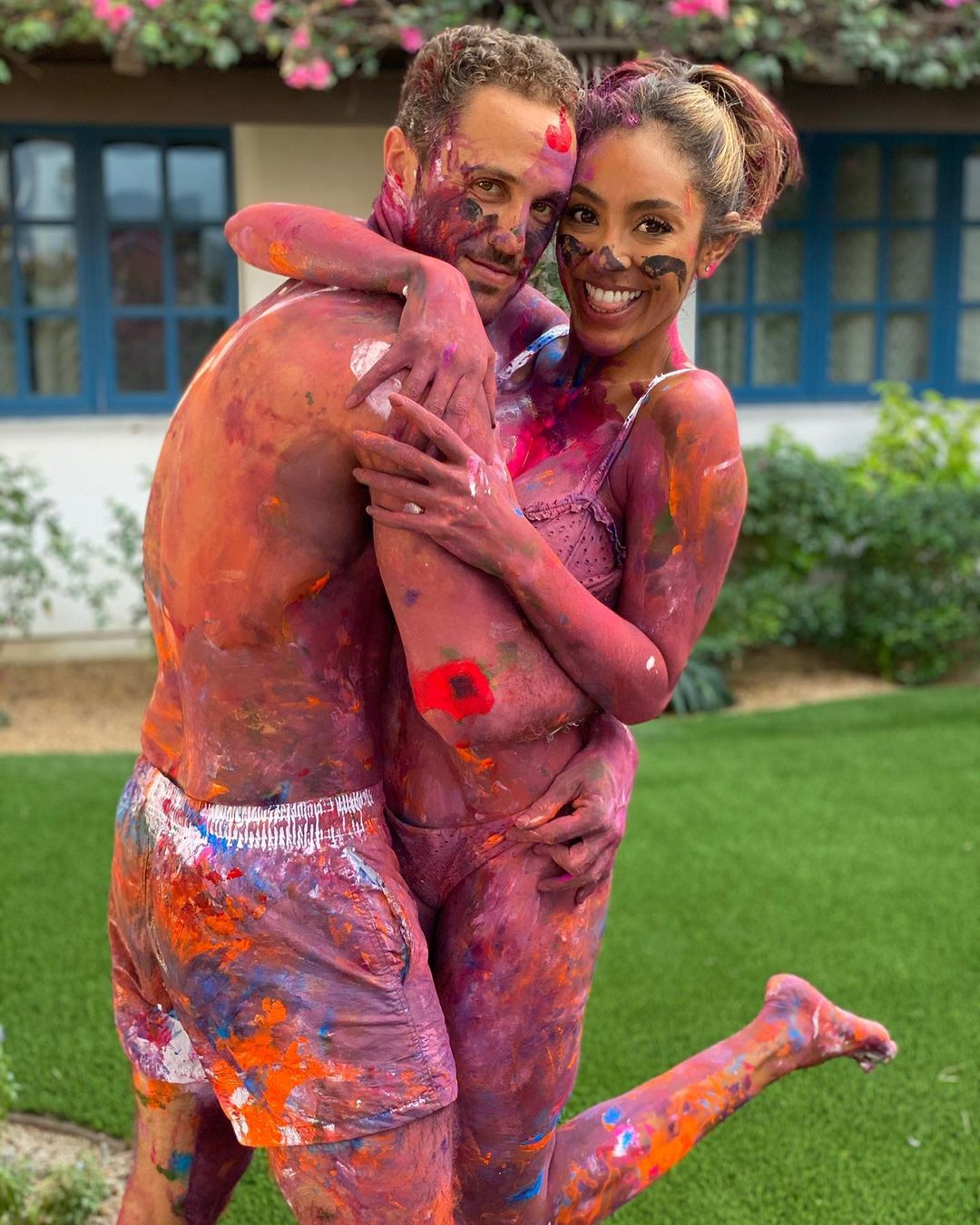 Despite this dynamic working in the show, it didn't work as well once the cameras shut down.

“Coming out of that, I think we had a strong foundation, and then it’s about, like, digging in together and getting to know each other and understanding each other’s lives,” he explained.

“We’re both passionate, driven, busy human beings. And with that, we need to remind ourselves to work each other into it and we’ve done [that]. So yeah, a couple months after, there was some ups and downs, of course, and, like, well-documented, but at the end of the day, it’s all good right now.”

And as for those fans who have something to say about their relationship, the addiction expert said: “I know that at the end of the day, there’s our relationship, me and her, and then there’s everything else kind of around it. And if this isn’t solid, which it is, then this stuff can kind of work itself into it. 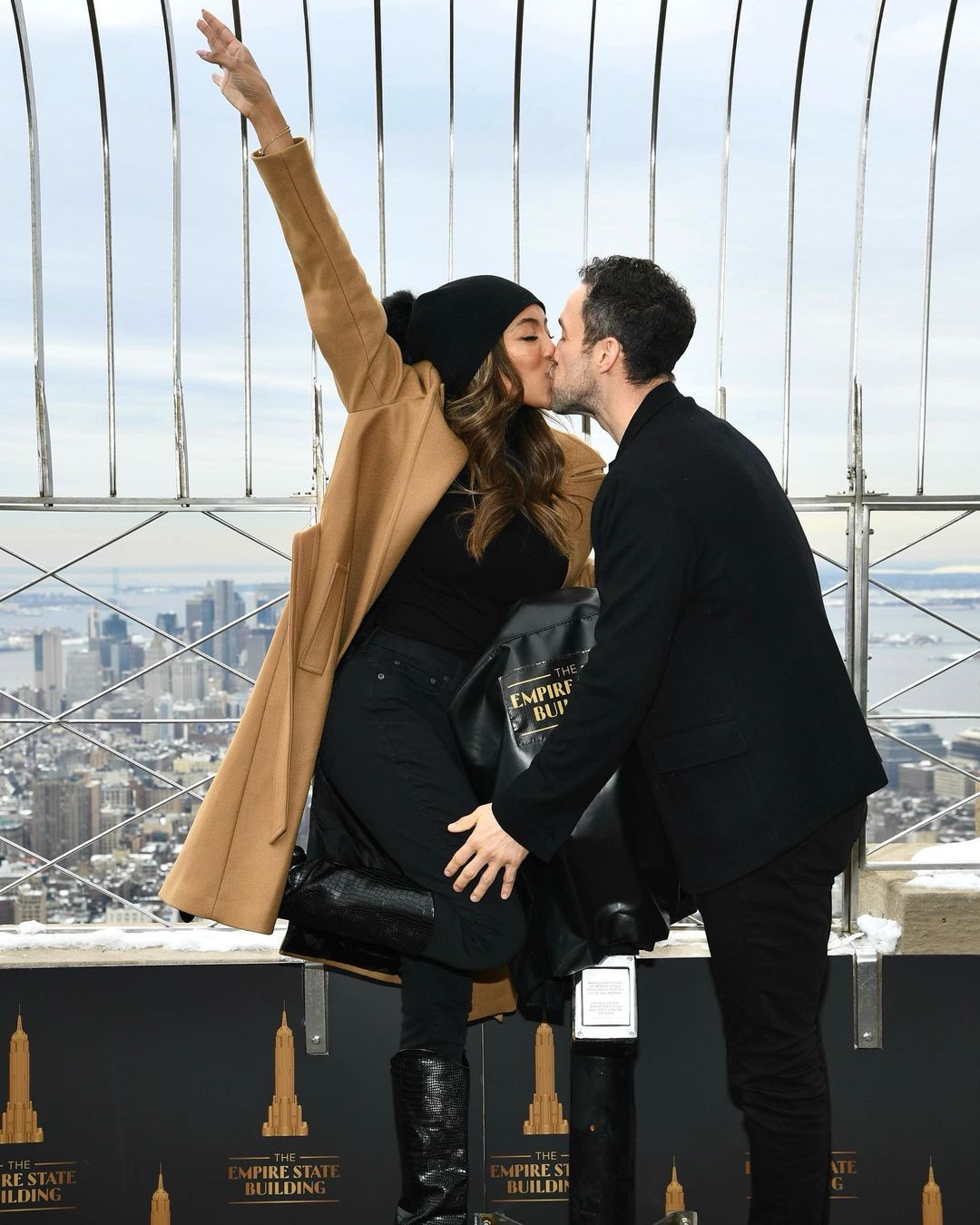 A few weeks ago, Tayshia was forced to shut down rumors that she and Zac had gone their separate ways after she stopped wearing her engagement ring.

Looking fresh-faced, the Bachelorette star said to the camera: “There are all of these weird rumors circulating around that I’m not wearing my ring and Zac and I are broken up.

Although Tayshia didn’t show her left hand in the video, she explained that she’d recently sent the Neil Lane rock in for sizing and cleaning.

To reiterate her point, she added a written message with the video as she revealed she’d  “woke up to hundreds of messages” asking about her relationship. 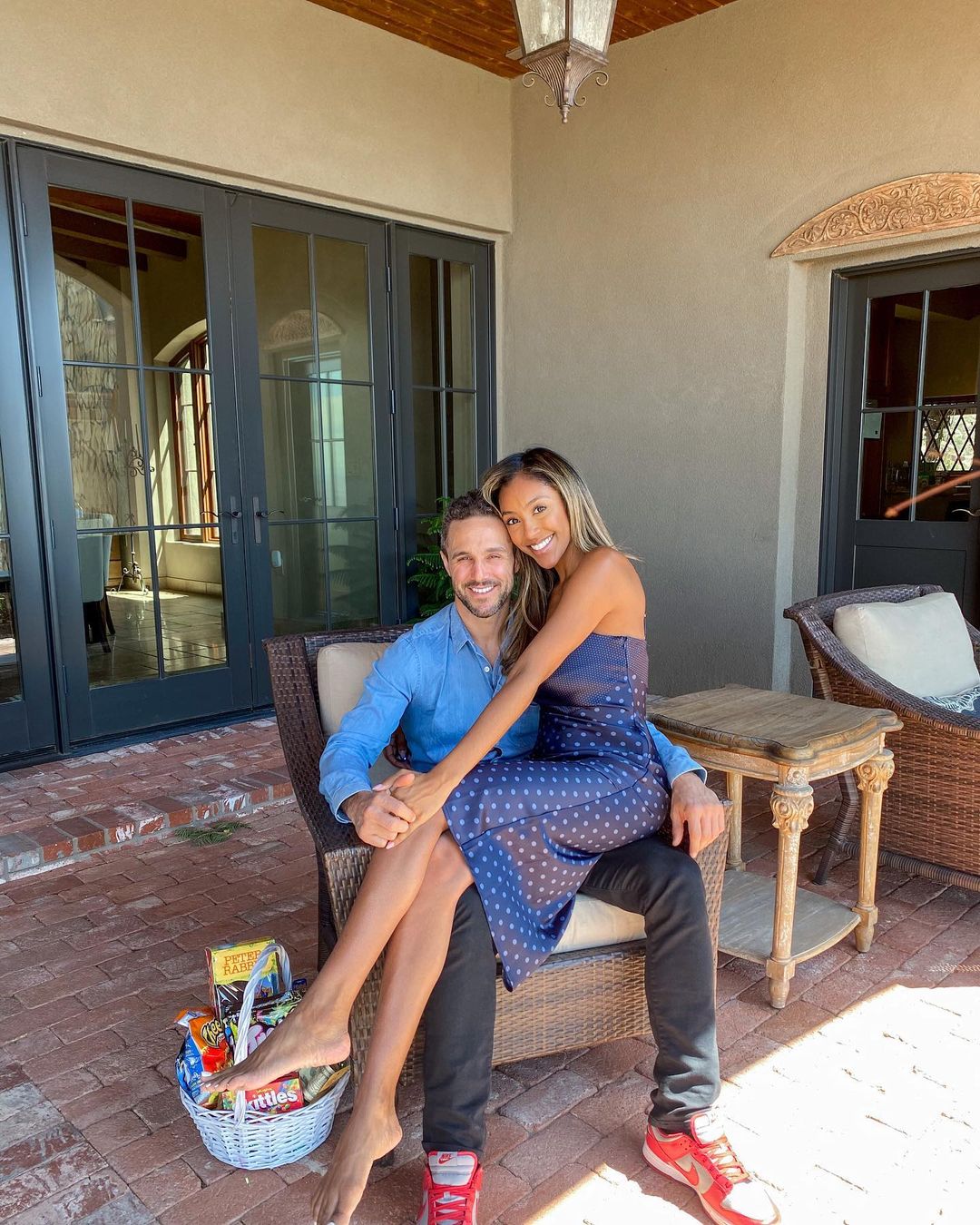 She wrote: “Not gonna lie, I don’t like getting DMs putting this weird energy into the universe lol.

“I love that there’s so much love and support around our relationship but please don’t put unnecessary rumors/pressure on us.”

The former phlebotomist stepped in to replace Clare Crawley, who left the show with now-fiancee, Dale Moss, after two weeks.

The couple showed instant chemistry and Zac admitted early on into the final day that he was ready to get down on one knee for the "love of his life."

During his proposal, he said: “When we walked into my parents' house and my family saw me with that big smile, that’s the best gift you could’ve given them." 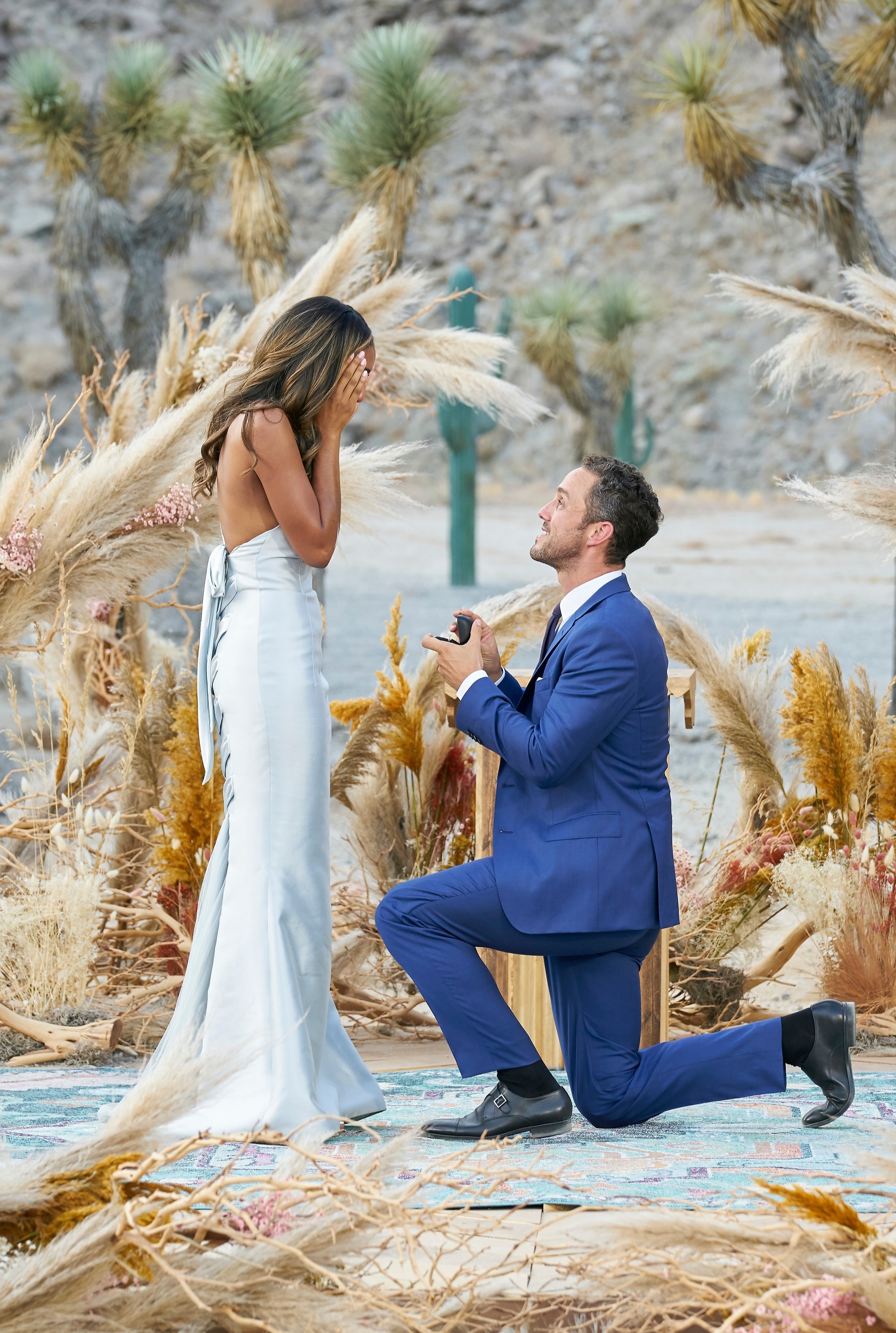 “I’m going to choose you everyday if you’ll let me.”