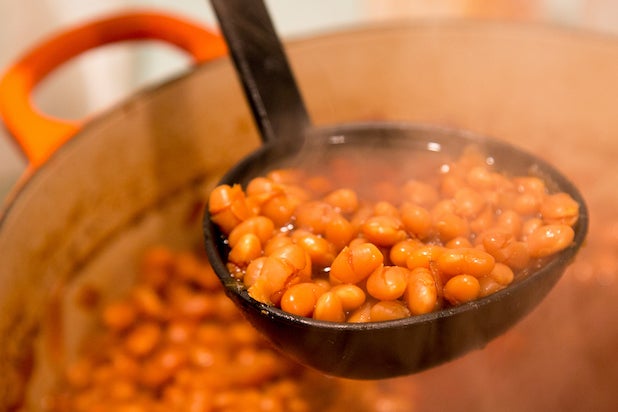 In a great start to 2021, Twitter brutally took to ask a father now dubbed #BeanDad, whose intended “teaching moment” for his 9-year-old daughter turned into the hungry girl spending six hours trying to operate a can opener and to get inside a can of baked beans.

The phrases #BeanDad along with “she’s 9” and “SIX HOURS” all trended on Sunday, as people mocked and criticized the dad, musician and podcaster John Roderick, with some calling him everything from an “a–hole” to “abusive.”

“Some day, Bean Dad is going to need her help with technology, or end of life care, and she will have her revenge,” The Black List founder Franklin Leonard said in response to the viral thread. “She’s gonna hit him with ‘when your brain doesn’t work, trust your hands’ on camera, and it’ll be glorious.”

In a 23-post thread, Roderick on Saturday described in great detail a scenario in which he discovered that his daughter didn’t know how to use a common manual can opener and challenged her to figure it out on her own. This, he said, went on for “SIX HOURS on and off,” with her eventually breaking down in tears — while he worked on a jigsaw puzzle.

“I said, ‘The little device is designed to do one thing: open cans. Study the parts, study the can, figure out what the can-opener inventor was thinking when they tried to solve this problem,” Roderick wrote. “I went back to my jigsaw puzzle. She was next to me grunting and groaning trying to get the thing. I should say that spatial orientation, process visualization and order of operation are not things she… intuits. I knew this would be a challenge. But it was a rainy weekend.”

Only the story didn’t stop there — Roderick went on explaining in depth the daughter’s continuing struggle, including the fact that the can was largely dented and sharpened and that neither of them much like baked beans anyway. He even said told her that they wouldn’t be eating anything until they managed to get the can open, equating it to an apocalypse scenario in the book “The Road” where such a skill would be necessary for survival.

“Eventually she collapsed in a frustrated heap…She said, ‘I hate you.’ I’m sure she believes that she does. I said, ‘You understand everything except how the tool addresses the can.,” he wrote. “She was fixated on orienting the tool in a few configurations and couldn’t imagine other possibilities. I compared the can opener to other tools. By now we were working on anger-management and perseverance too. She suggested she open the can with a hammer. There were tears.”

If there’s a happy ending to the story, it’s that the girl did finally get the can open and now wants to open “every f—ing can in the house.” But many on Twitter thought Roderick took it way too far.

“You think women should be punished when they don’t have mechanical intelligence because they’ve never been shown how mechanical things work – to receive love she must have the physical, intellectual and emotional strength of an adult while a child,” author Racheline Maltese wrote in part in response to the thread.

“He sounds like the sort of dad who likes beating his kids at games, making them cry, says it’s to ‘toughen them up’ when really he’s just an obnoxious git who uses his kids to make himself feel big,” another Twitter user replied.

“The Bean Dad story is ridiculous. He should have just FED her, and THEN showed her how to use a damn can opener instead of leaving her hungry for six hours,” a third reacted. “That’s abusive. She’s 9 years old, and some of us don’t learn very well when we’re hungry, regardless of age. Jeez.”