Home » Before We Die cast: Who is Hannah Laing star Lesley Sharp and what has she been in?

Before We Die: Channel 4 release trailer for drama

Before We Die premiered its first episode tonight (May 26) on Channel 4 and it is a retelling of the Swedish drama of the same name. The show follows the story of Hannah Laing (played by Lesley Sharp) as she becomes conflicted about her son’s involvement in a case. But who is actress Lesley Sharp and what else has she been in?

Before We Die fans that tuned in for episode one of Channel 4’s latest drama series may have recognised the show’s star Lesley Sharp.

Leading the series as Hannah Laing, she is playing a weathered and weary detective who has to tackle the most dangerous and personal case of her career.

The 62-year-old actress has a prolific career and has starred in over 60 unique projects across film and television.

The BAFTA-nominated actress is well versed when it comes to gritty crime dramas, starring as DC Janet Scott in the 2011-2016 series Scott & Bailey.

More recently, Sharp could be seen in the series Living the Dream where she played Jen Pemberton before the series wrapped in 2019. 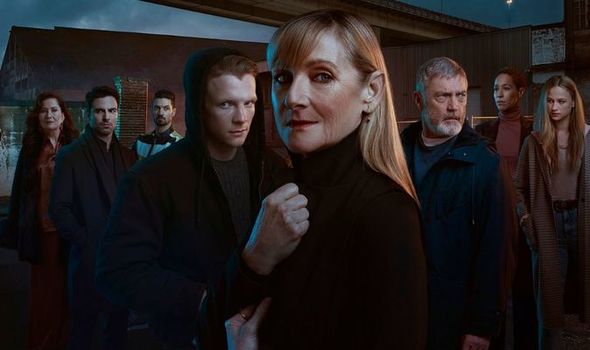 The star has also featured in several classic films, including appearing as Louise in 1993’s Naked and Jean in 1997’s The Full Monty.

Recently the actress was interviewed by Radio Times about taking on the roles of Hannah Laing and how it compares to some of her other performances.

She said: “I just thought that Hannah was a really interesting, complicated character and that there was a real opportunity to be involved in something which explored a mother and son relationship but in a really unique way.

Before We Die, which is set in Brighton, will focus more on the mother and son relationship rather than the typical detective drama series.