It seems like only a week ago that 14 fresh-faced civilians were entering the Big Brother house, doesn’t it? Oh wait, it was a week ago — which means it’s time to get down to the real nastiness of the show.

Tomorrow night, the public get their first real crack at showing the housemates what they think of them when Emma Willis returns for the first live eviction of this final series on Channel 5.

This first week, the housemates haven’t actually had to nominate. Instead, they’ve been collecting a form of currency called Big Coin, and the three with the lowest totals overall face the chopping block.

Wednesday night’s sadistic Blood Money task drastically changed the leaderboard when the housemates got a chance to add and subtract from each other’s totals, leading to dramatic moments like Lewis G completely bankrupting Anamélia.

When the dust settled on Blood Money, Sian, Anamélia and Lewis F had the lowest totals and were facing eviction while Akeem, Lewis G and Isaac were nestled safely at the top of the leaderboard. Housemates didn’t know that Zoe had previously won the right to switch Big Coin totals with any of them.

After a very contentious day-long mining-themed task that encouraged housemates to deceive one another for personal gain, ‘the mine bosses’ Lewis G and Isaac each banked another 350 Big Coins while Akeem earned 700.

But the real twist came when Big Brother revealed that Zoe had the special power allowing her to switch Big Coin totals with any other housemate for picking Bed #13. Zoe decided to keep her own coins, despite Lewis F openly encouraging her to switch coins with the arrogant Lewis G.

“She’s made her decision. Not once but twice,” Lewis G objected. 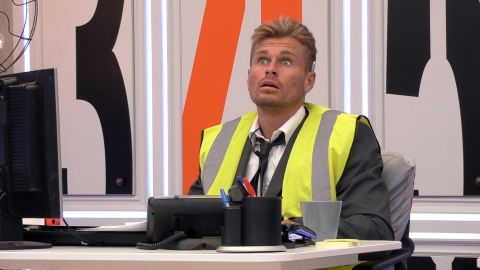 But Big Brother offered her a chance to decide again, and Zoe chose at the last minute to swap coins with Lewis G after all. He couldn’t hide his disgust, telling her: “I thought we were cool, but it’s not about you.”

That means Zoe joins Akeem and Isaac as the richest housemates, while Kay, Sian and Anamélia are now the poorest and will be the three facing eviction on Friday night!

Outside, tensions rose when Isaac ranted to Lewis F that he was in the wrong for influencing Zoe’s decision to swap her Big Coins. 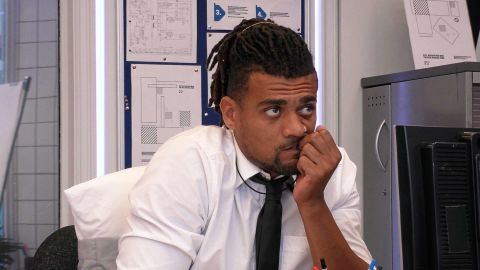 “You f**king pissed me off,” Isaac ranted to a defiant Lewis F. “Are you defending it?!”

Later, in the Diary Room, Lewis F was practically losing it: “I can’t take people talking shit. Maybe it’s better for me to do it, but I can’t!”

Who leaves tomorrow night when Kay, Sian and Anamélia face the public vote? You decide…

Big Brother airs a 90-minute live eviction show beginning at 10pm on Friday night (September 21), followed by Bit on the Side at 11.35pm.