The 99th Precinct’s annual Halloween Heist pits Jake Peralta (played by Andy Samberg), Raymond Holt (Andre Braugher) and the rest of the Brooklyn Nine-Nine squad against each other in a fierce battle of wits. Fans of the successful NBC comedy, formerly on Fox, have checked the scoreboard so far and exposed some bizarre mishaps.

The sitcom’s iconic holiday challenge began back in season one, when detective Jake Peralta bet his captain, Raymond Holt, that he’ll be able to steal his Medal of Valour from his office before midnight.

The concept proved so popular that each subsequent season has featured its own Halloween Heist special.

Unfortunately, the sitcom’s third Halloween feud has come under fire for Holt’s dubious methods of retrieving the prize crown. 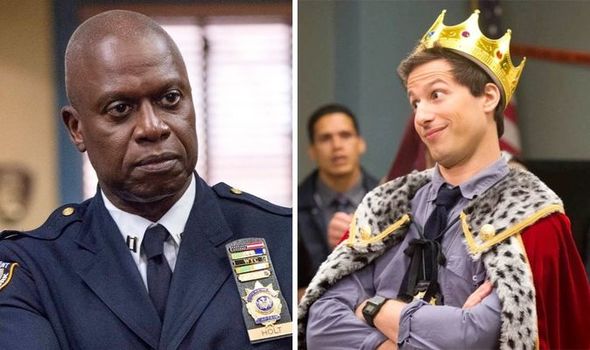 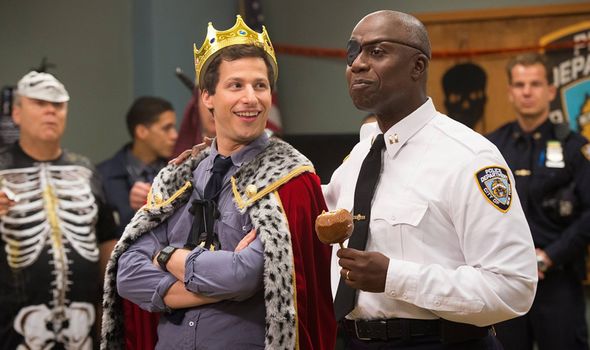 One fan took to online forums when they realised Jake should have easily been able to keep the crown away from the prying hands of his competitors.

They explained: “Holt takes the crown out of the back of Jake’s cabinet. However, this wouldn’t be possible as the crown was in the top drawer.

“This would have a back on it and it wouldn’t be accessible by just removing the back of the cabinet.”

Despite being placed in the top drawer, Jake’s filing cabinet seems to take on a completely different layout when Holt removes the back to steal the crown. 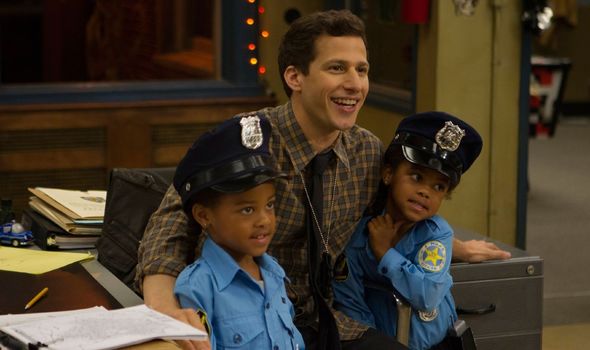 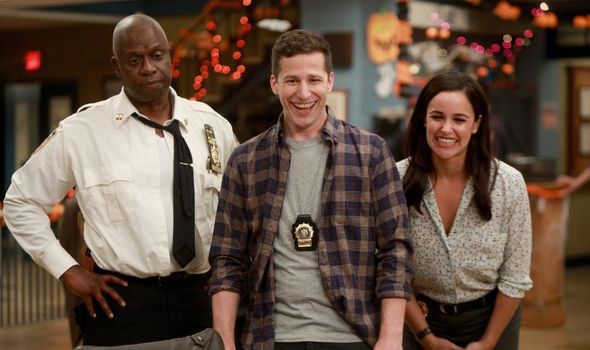 Whilst Jake takes a photo with Terry Jeffords’ (Terry Crews) twins, Cagney and Lacey, Holt manages to pry open his cabinet from right under his nose.

Unfortunately, this observant fan realised the method shouldn’t have been possible, as the crown should have been encased by the cabinet’s top drawer.

Even so, Amy’s scheme hinged directly on Holt and Jake’s own plans being pulled off without a hitch, and wouldn’t have been successful without this glaring continuity oversight.

To make matters worse, Amy was directly responsible for yet another Halloween blunder later in the series.

In the season five heist, ‘HalloVeen’, Amy realises she’s been duped by Jake after pulling a fake key from her shoe.

However, as another fan pointed out: “When Amy reaches down to get the key out of her shoe she literally only bends slightly.

“There is no way that she could’ve reached all the way down to her foot, or retrieve the key in the seconds before she gets it.”

Looking back at the scene in question, it appears Amy is simply pulling the key out of her pocket, even as she claims it’s been in her shoe the entire time.

Thankfully, the rest of the Halloween Heist episodes are just as meticulously thought through as the ‘detective slash geniuses’ who pull them off.

Brooklyn Nine-Nine fans can expect the 99th Precinct to finally settle the score when the sitcom returns for its eighth and final season later this year.

Brooklyn Nine-Nine seasons 1-7 are available to stream on Netflix.