The stakes were high for students, staff and school in today’s (August 21) season finale, with the future of everything – the series included – hanging in the balance.

After a touching breakthrough with his dad, and his self-belief, Jordan Wilson finally decided to follow his dreams of studying art at college, while headteacher Mandy Carter got to keep her job and usher the school into a “new era” in spite of its financial trouble.

Fortunately for fans of the hit dramedy, not enough of Ackley Bridge‘s loose ends were tied up, leaving the door well and truly open for a third series. And so, moments after the episode aired, Channel 4 confirmed that the show will be returning next year. 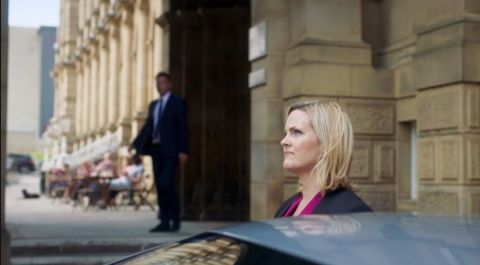 Which is just as well, if today’s viewer reactions are anything to go by.

Calling the series “absolutely superb”, one viewer wrote on Twitter: “The storylines, the acting, the casting, the beautiful blend of cultures and sensitivity of people’s everyday challenges have really made this series a hit!”

“[T]his show is so deserving of a season 3,” another added, with others agreeing: “We better be getting a series 3!”

Talk about giving the fans what they want, eh.

Ackley Bridge will return for a third series on Channel 4 in 2019.