Chicago P.D. Season 9 is currently on a break for the holiday season. The NBC procedural drama will air one more episode in December before taking another hiatus. In the latest episode, Jay Halstead was faced with the decision of possibly letting Hank Voight take the fall for Roy Walton’s death. Will Halstead turn on Voight? And if he does, will Voight actor Jason Beghe have to be written off the show?

Voight and Upton are hiding a huge secret in ‘Chicago P.D.’ Season 9

In the finale of Chicago P.D. Season 8, Roy kidnapped Kim Burgess and eventually shot her. Thankfully Burgess ended up surviving the incident. Upton later shot and killed Roy, which Voight witnessed. Voight then hid Roy’s body where he hoped no one would find it.

In Chicago P.D. Season 9, the guilt starts to get to Upton. Eventually, Halstead learns the truth about what happened to Roy. In the episode “Fractures” Upton is questioned about what happened to Roy and she manages to keep her cool. Unfortunately, at the end of the episode Agent North informs Halstead that he has found Roy’s body and gives him an ultimatum: either help him take down Voight, or Upton and Halstead will both go to jail.

Voight and his team are in a tough situation. If Halstead turns on Voight to protect Hailey, it could mean some serious jail time for him. However, fans of the series aren’t too worried about Voight’s fate. The character has gotten himself out of tricky situations many times before, and it seems unlikely that Agent North will be the person to bring him down.

Still, Halstead has plenty of reasons to turn on Voight. If he does, will Beghe be absent from or even written off the show? The odds of that seem highly unlikely. Although Chicago P.D. has gone through its fair share of cast changes, Beghe has been with the show since the beginning.

What’s next for Voight in ‘Chicago P.D.’ Season 9?

Voight is an intriguing character and One Chicago Center points out that NBC likely won’t roll the dice on a new protagonist when the show has already had so many cast changes. Showrunner Rick Eid has also talked at length about Voight’s role in Chicago P.D. Season 9. 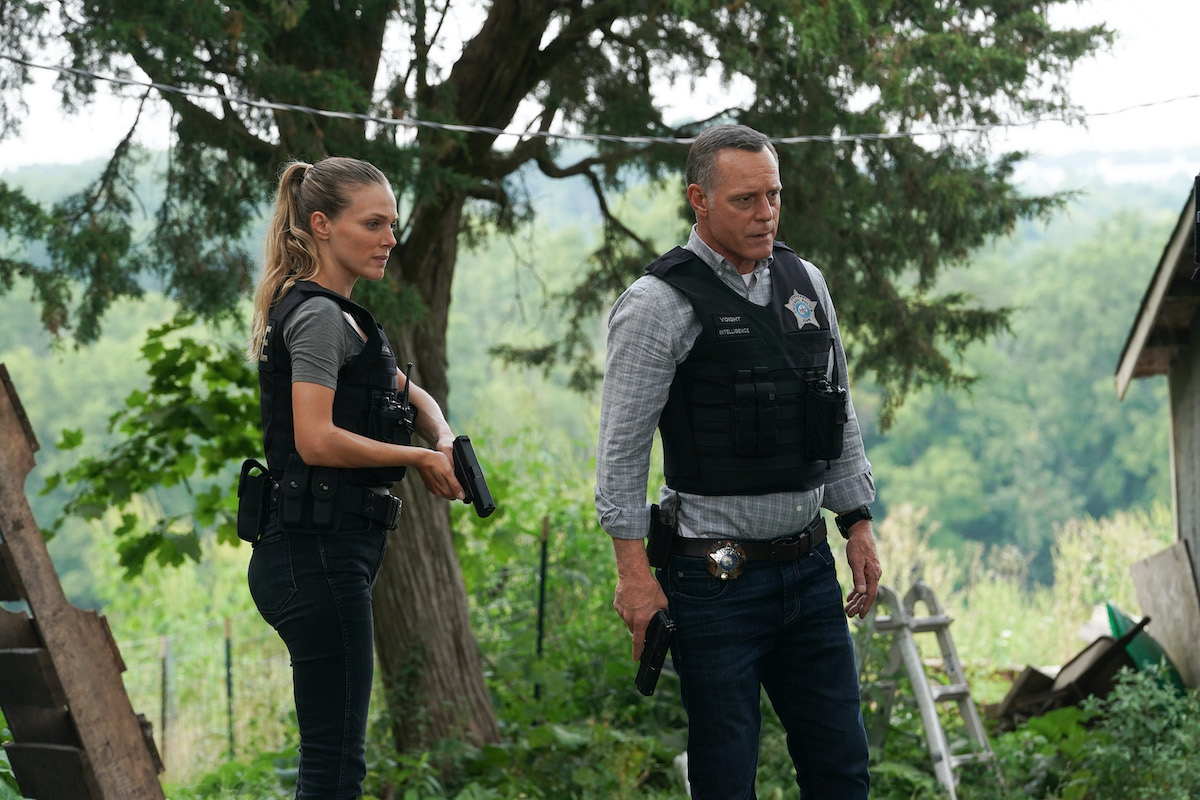 “The events of the season finale showed how hard that change has been for [Voight], especially when circumstances test him to the extreme,” Eid told American Entertainment. “It’s something Voight will continue to grapple with. How does he fit into 2021? It’s a constant question.”

It sounds like NBC has a lot more of Voight’s story to explore in Chicago P.D. Season 9. It’s no secret that Halstead and Voight have been butting heads for a long time now. The fall finale could see these tensions come to a head as Halstead decides where his loyalties lie. Still, rest assured Beghe won’t be leaving the show anytime soon.