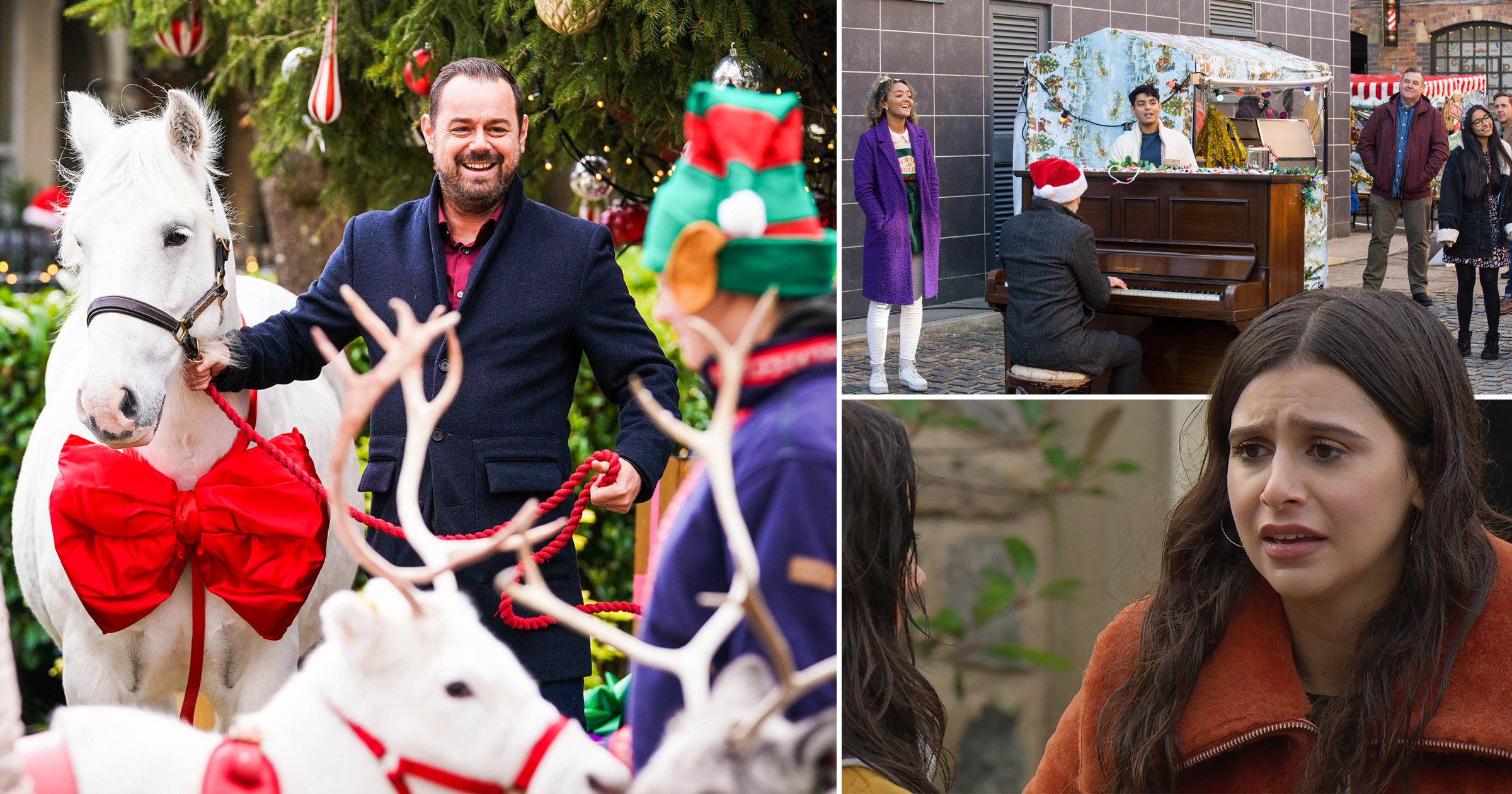 ITV’s Coronation Street and Emmerdale have come out on top in the battle of the soaps on Christmas Day.

While all three soaps saw their festive editions claim places in the top ten for Christmas Day ratings, both Weatherfield and Emmerdale Farm drew more fans than Walford, according to the BBC.

Corrie drew 3.25million viewers, coming in at number eight on the list of most-watched programmes on December 25, while Emmerdale was right behind on 3m.

EastEnders rounded off the list in 10th place with 2.9m fans tuning in.

However, ITV put their soaps online at 7am and those figures weren’t included in the initial round-up, alongside BBC iPlayer numbers also not yet being included, so final figures will be higher.

The Christmas Day episode of Coronation Street featured Roy (David Neilson) making a surprise return to the cobbles in support of his niece Nina (Mollie Gallagher), who had faced numerous anxiety attacks since his exit and is struggling with perpetual fear something bad may happen to Asha (Tanisha Gorey).

Emmerdale saw Bernice (Samatha Giles) kicked out of Home Farm while love rival Kim (Claire King) and Will (Dean Andrews) revealed a shock engagement, while Manpreet (Rebecca Sarker) and Meena (Paige Sandhu) were left for dead after the Woolpack’s explosion.

Meanwhile EastEnders had its festive weddings plunged into tumult after Gray Atkins’ murderous antics was exposed to fiancé Chelsea Fox by Whitney Dean, and Janine Butcher acted on her feelings towards Old Vic landlord Mick Carter.

Elsewhere in the Christmas Day ratings, The Queen’s Christmas message was the most watched broadcast, with 8.96m viewers, while Strictly Come Dancing’s Christmas special was second with 5.8m.

Call The Midwife entered the top three, clocking in 4.7m, while The Wheel, Blankety Blank, Mary Poppins Returns and Superworm rounded out the rest of the list.