CORONATION Street has revealed a horrifying plan for Halloween with Debbie Webster turning the cobbles into Horror Nation Street.

The businesswoman – who is played by actress Sue Devaney in the ITV soap – announced her plans tonight for a major attraction running in October. 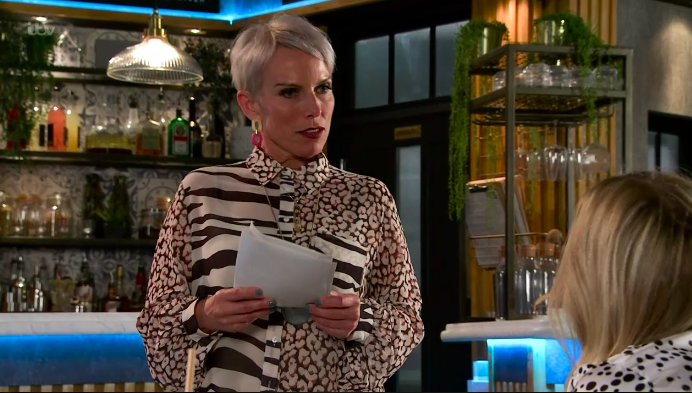 She invited the Platts to the pop-up in the brewery behind the cobbles and revealed it would be happening just in time for Super Soap Week’s destruction.

Debbie revealed: “These are for the big extravaganza we’re doing.

“It’s called Horror Nation Street. It’s at the Brewery, it’s a pop up.

“We’ll have lots of lovely food and a DJ. We’re hoping to run it for a couple of weeks build up to Halloween.”

Later Debbie revealed more to her nephew Jack trying to distract him from Kelly’s sentencing.

She told him: “You can come to Horror Nation Street.

“It’ll be fabulous. We’ll have a bleeding heart fondue, sort of like a chocolate fountain but red.”

Set to run in the weeks leading up to Halloween, it coincides with the upcoming devastating death and huge stunt.

"It's a statement of intent that we wanted, as a show, to put out there – to make something we couldn't possibly have made in the past 18 months because the pandemic wouldn't allow it."

He added that the sinkhole's return would leave one character dead, reports the Mirror. "When you do a story of a certain scale and at a certain level of spectacle the viewers expect there to be significant aftermath to it and significant outcomes.

"So yes, I can confirm that Chekhov's sinkhole will result in a death." 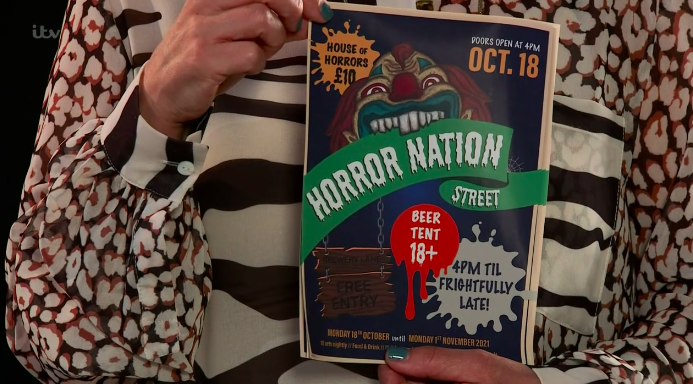