Peter (played by Chris Gascoyne) was last seen on Coronation Street heading to a rehab facility having been taunted by the demons of his past with alcohol after Carla (Alison King) disappeared from the cobbles.

Carla believed there was a conspiracy to bring her down after Rana Habeeb (Bhavna Limbachia) tragically lost her life in the Underworld factory roof collapse earlier this year on the ITV  soap.

After she vanished, Peter spent sleepless nights searching the streets of Manchester to try and track his lover down, but his efforts proved fruitless.

Having made her reluctant return to the cobbles earlier this week, Carla was admitted to hospital and told her loved ones she would only speak with Peter, leading Roy Cropper (David Neilson) to take drastic action.

Against his father Ken Barlow’s (William Roache) wishes, Roy went to collect Peter from the rehab facility he was residing in, leading to an angry outburst from the Coronation Street stalwart on seeing his son.

However, viewers were also surprised to see Peter and what appeared to be a glowing tan, leaving them confused as to where the character had actually been.

Taking to Twitter to comment on Peter’s appearance, one viewer posted: “Flipping heck Peter’s got a ridiculously good tan. He didn’t get that in Weatherfield.”

Another added: “Where has peter been scouring the streets for Carla – Marbella?”

A third asked: “Is this clinic in Marbella Pete?” whilst a fourth quipped: “Good tan in rehab eh Peter.”

As viewers tried to get their head’s around Peter’s tanned look, the plot unfolding on screen saw the love rat trying to find somewhere he and Carla could stay as she made a case to be discharged from hospital. 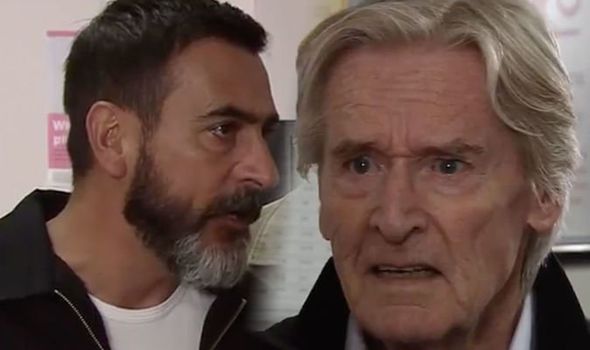 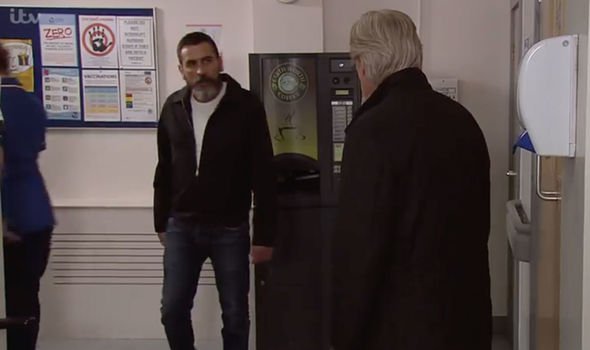 With Ken less than accepting of the proposal for Carla to move back in with Peter, the former Rovers Return landlord turned to Roy for solace.

The cafe owner told Peter he and Carla could both move in with him, allowing Roy to help in some way with the distraught factory owners recovery.

Upcoming scenes will see Roy plunged into turmoil as Carla’s paranoid state of mind makes her believe her friend is working against her and seeing how upset his friend is, the cafe owner decides to move out.

Ken offers an olive branch to Roy in the news he is moving out the flat about the cafe to which the stalwart accepts, but will his absence prove worthwhile in Carla’s recovery?

Carla’s battle with her mental health will play out for some weeks to come and as the struggles take their toll, the real culprit who caused the factory roof collapse will be unmasked. 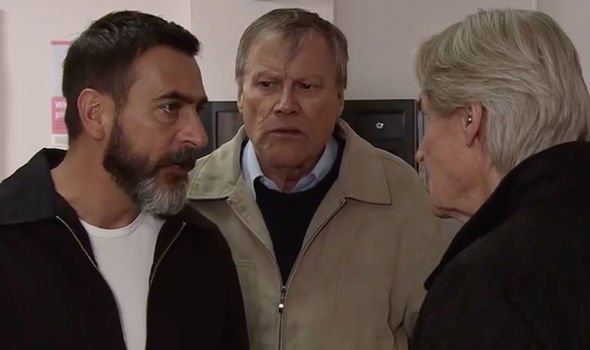 Speaking about the reveal, a spokesperson for Coronation Street told Inside Soap: “Following weeks of speculation, we are finally going to learn which local has blood on their hands.

“Viewers will learn the truth, although the rest of the Street still has a little way to go before they clock on.”

When the storyline regarding the factory tragedy and the birth of a new super villain was first announced last year, executive producer Iain MacLeod revealed the sinister character would continue to wreck havoc on the cobbles for months to come in light of the roof collapse.

Who will be exposed as the villain terrorising the locals of Weatherfield and how long will it be before they clock on to the killer’s sinister ways?

One such suspect is Nick Tilsley (Ben Price) and he seems to be stirring up trouble for brother David Platt (Jack P Shepherd) to ensure his secrets stay hidden.