Coronation Street star Jack P Shepherd has responded to a Twitter troll who cruelly compared his hair to roadkill.

The actor, who plays David Platt, was also called a “twat” in the message.

“Wtf has David Platt done to his hair? Looks like roadkill stuck to his head,” the Twitter user wrote.

Shepherd tweeted a reply, mentioning the fact that his long-term relationship ended in 2017.

“Hi, my hair has started to fall out because I went through a break-up with my girlfriend of 15 years last year. And was very stressed,” he said. “I’m sorry.”

Last week, Shepherd alongside co-star Ryan Clayton hilariously joked about a ‘plot hole’ that some viewers claimed to have spotted as David was allowed to be alone with Josh, who was on life support. They responded with a perfectly reasonable explanation. 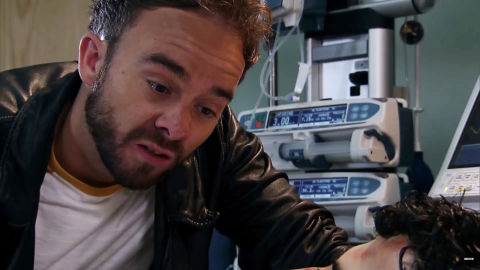 David did not feature in Monday’s Coronation Street episodes, but viewers saw Billy Mayhew visit David’s rapist Josh Tucker in hospital and reveal he feels responsible for Josh’s blindness as a result of the attack.

Billy had lied to Shona Ramsey about his whereabouts.