It’s been another eventful week on Coronation Street, with a change in ownership at the Rovers Return, a brief reappearance from Aidan Connor and the start of a big new ordeal for Sally Metcalfe.

But which plots were must-see this week and which ones didn’t quite hit the mark? Here, we’re rounding up the highlights and lowlights with some more of our hits and misses.

HIT! Aidan’s message from beyond the grave 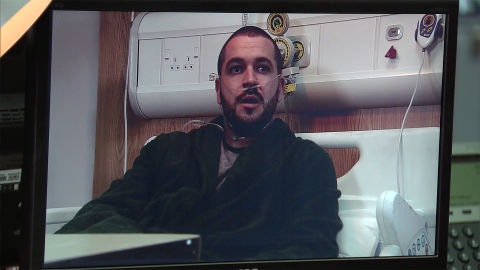 Soaps love to give us one last glimpse of their most popular characters after they’ve died, and this week it was Aidan’s turn to pop up in the form of a DVD interview he recorded in February about donating a kidney to Carla.

The footage was an emotional watch for more reason than one. Not only did Aidan speak movingly about the importance of family, but his obvious sad demeanour showed just how much he was secretly struggling behind closed doors at the time.

Okay, so our cynical side knows that Aidan’s video is really just a plot device which inspires Alya to back down in the battle for Underworld. Even so, it was a pretty clever technique in this case and provided one last lump-in-your throat moment from Shayne Ward’s exit storyline.

MISS! Free the Weatherfield One… again? 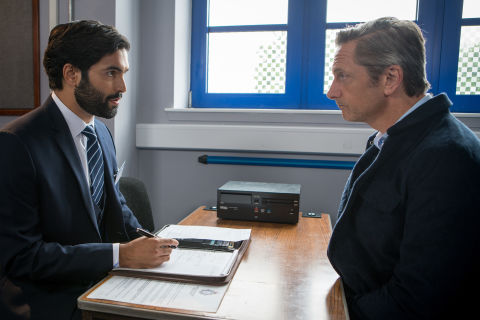 While it’d be wrong to completely write off a big new storyline after just two episodes, we do have some early concerns that we’re about to tread an all-too-familiar path with Sally’s new plot. Friday’s episodes saw dodgy Duncan tell a pack of lies about Sally coercing him into the council money con – and predictably, local lawyer Imran believed every word.

Corrie has often annoyed us over the years by repeating stories about people being falsely accused of crimes and the whole Street believing the wrong person. With this in mind, the test here will be whether the show can subvert our expectations, rather than deliver the same old saga.

Nicholas Gleaves, who plays Duncan, is thought to be on a six-month contract – so there’s clearly a long way to go with the story. Will there be some twists and turns along the way that genuinely take us by surprise? Let’s hope so…

There’s been an obvious attempt to up the comedy levels in Corrie since Phelan’s reign of terror came to an end. After last week’s moth-related misfire, it was fantastic to see some comedy that genuinely worked in Monday’s double bill, which was fantastically written by Damon Alexis-Rochefort.

As surprising as it sounds, the usually toxic Tracy Barlow is genuinely a joy to watch at the moment thanks to her funny one-liners and warm friendship with Mary. The unlikely pair lifted moods across the nation while rehearsing a routine to ‘(I’ve Had) The Time of My Life’ in preparation for Tracy and Steve’s wedding.

Along with the obvious visual comedy, the dialogue was on point too. We loved Mary referring to herself as “Steve, stroke Patrick Swayze” and this little exchange too:

Mary: “Look, it is sexy and beautiful and romantic. And I know what you’re going to say – that it’s not you and Steve.” 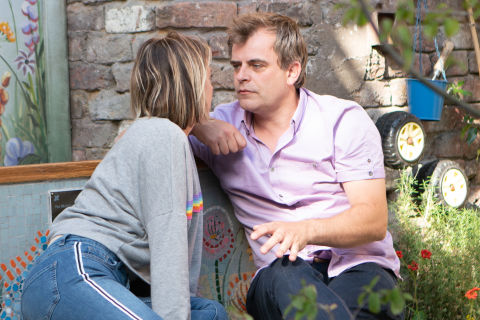 It was all going so well. After refreshing scenes on Monday showing Tracy having a laugh with the likes of Mary, Beth and Abi, there were signs of big trouble to come on Wednesday when Abi made a move on Steve in the urban garden.

Although Steve and Abi have since agreed to just forget about the clumsy moment, Corrie fans have been expressing fears that it could lead to another cobbles affair before too long. Say it ain’t so?

Either way, just when Tracy is starting to seem human again, it does seem a shame to drop this soap timebomb into their friendship so soon. And hasn’t it only been a few weeks since Steve was keeping the secret of his other recent kiss with Michelle?

HIT! All change at The Rovers 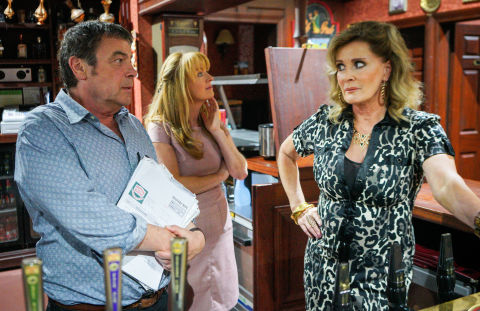 The early signs of the Connors behind the bar at the Rovers Return are looking good. Despite her initial tantrum, Jenny is clearly in her element as pub landlady. Having such a fun and brash character in charge is sure to provide some comic moments over the next few months – and potentially give the Connors a refreshing change in direction after the heartache of Aidan’s suicide.

We also loved Liz standing her ground against Johnny when he tried to encourage her to quit The Rovers, wanting to avoid any awkwardness after their fling. Liz has been up and down in viewers’ estimations of late, but she was definitely back to her best when she gave Johnny a steely gaze and told him she was going nowhere. 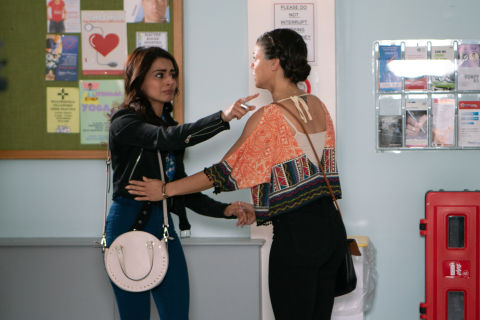 While it’s always tempting for soap bosses to pile on the angst with their most-shipped pairings, it’s hard not to think that Kate and Rana perhaps needed some light relief with fun ‘couple-y’ scenes before being plunged into their next crisis.

Ever since they got together, viewers have seen Kana endure one problem after another. When they’re not facing opposition of some sort, we don’t seem to see them on screen together all that much. Now another drama has arrived, with Rana being blamed for her father’s stroke in sad scenes on Friday night.

Bhavna Limbachia, who plays Rana, is one of our Corrie favourites and always impresses in emotional scenes like these. It’ll also certainly be interesting to see how next week’s major development with Hassan affects the Habeeb family dynamic. But please, writers, don’t forget that soap supercouples can catch a break and be fun sometimes too!