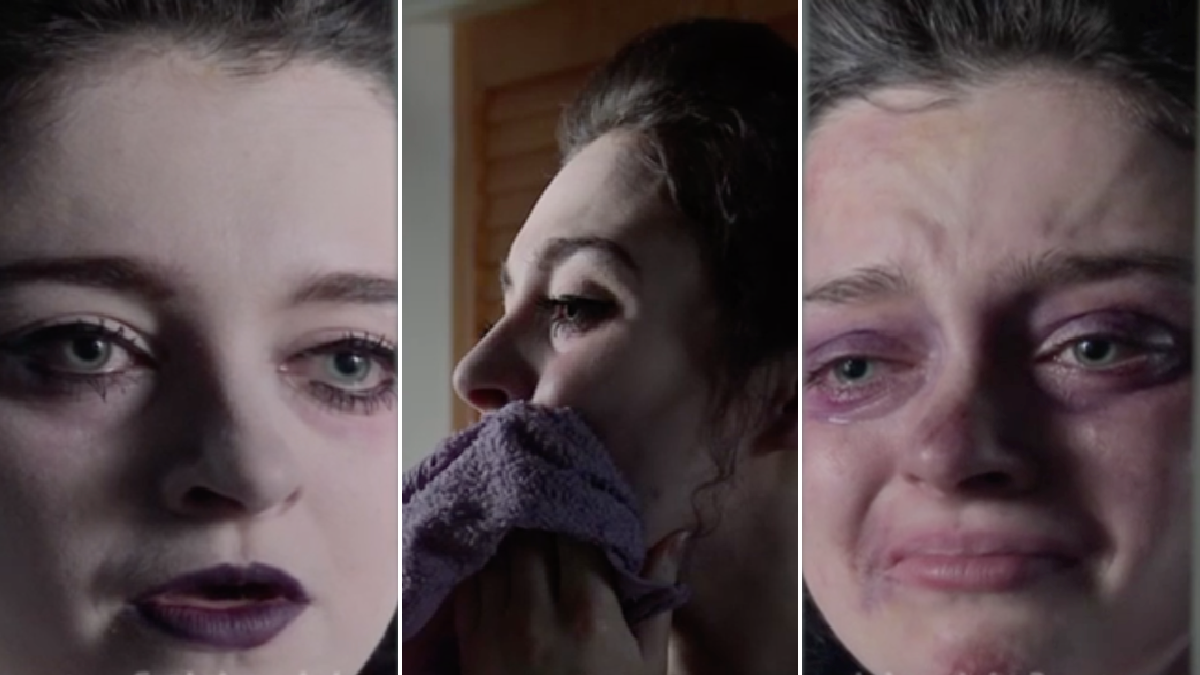 Coronation Street icon Nina Lucas (Mollie Gallagher) made the decision to remove all of her goth make-up and clothes, after Abi Franklin (Sally Carman) branded her a ‘freak’.

Abi, having had a visit from her family liaison officer, discovered that the attack which resulted in Seb Franklin’s (Harry Visinoni) death was motived by Nina’s appearance.

The grieving mum was seething, and upon setting her sights on Nina, she tore a strip of her.

‘The police told me what the witness said,’ Abi exclaimed, ‘All this started because of you. Because of what you look like!

‘Look at you! You’re still wearing your stupid clothes and your make-up. It was you what got him killed!

Nina was horrified, but she later admitted to Roy Cropper (David Neilson) that she does feel responsible for her boyfriend’s death. Roy, of course, tried to make her see that this simply isn’t the case, but Nina had made her mind up.

Upon returning home, she took a facecloth to her face, and removed all of her make-up.

Staring at her bare face – which was covered in bruises – Nina then burst into tears.

She entered the cafe in a bright jumper which belonged to Shona Ramsey (Julia Goulding) – much to the shock of all those around her.

Asha Alahan (Tanisha Gorey) told Nina that she doesn’t look like herself.

‘Good’, Nina replied. ‘Seb was killed because of who I was, so I’ve decided not to be her anymore.’

Coronation Street continues Monday May 17 at 7:30pm on ITV.