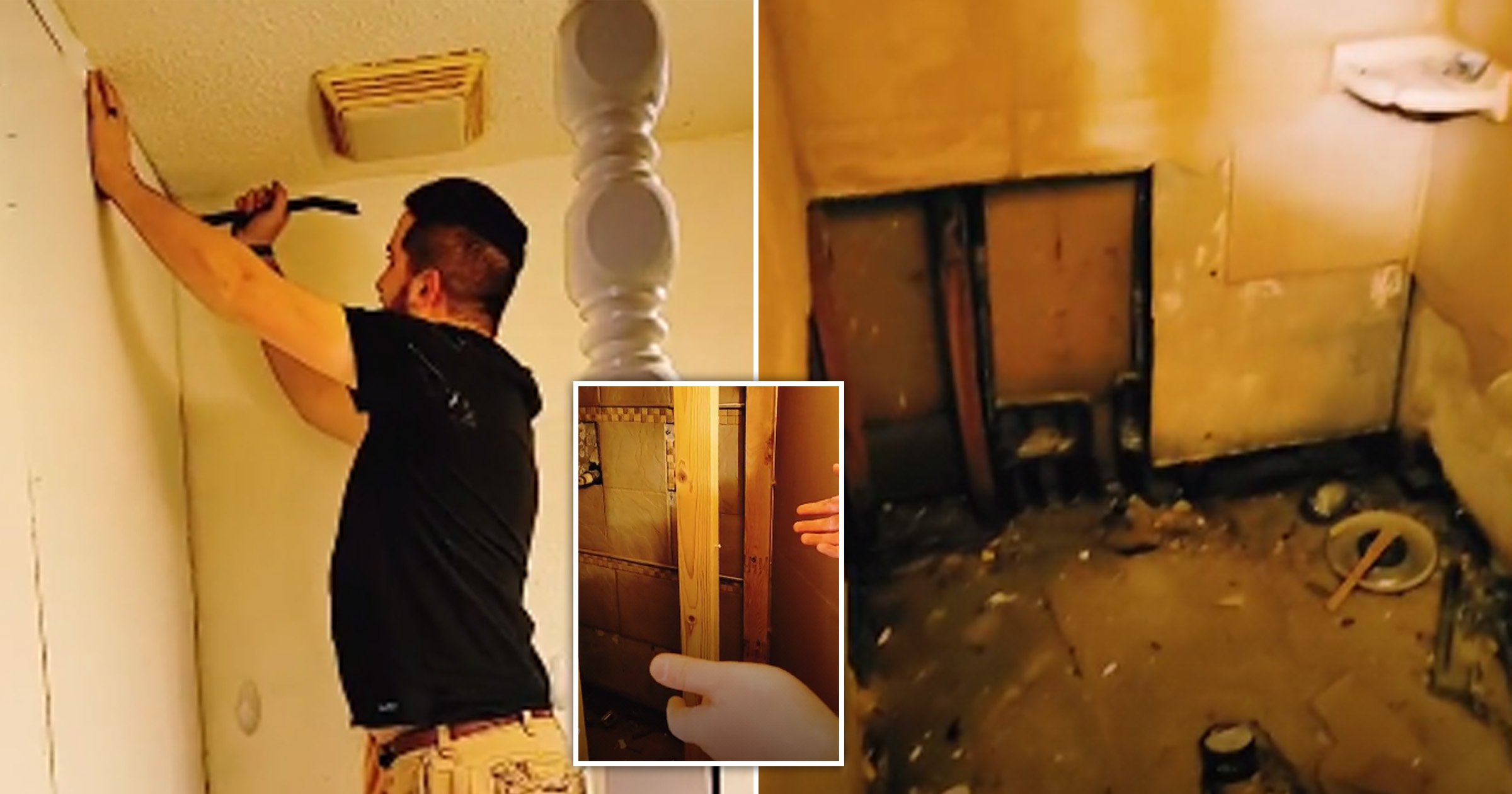 So, finding an entire additional room hidden in your own home is every property owner’s dream. And that’s exactly what happened to one couple from Oklahoma, US.

The couple – who were sharing their house renovation journey on TikTok under the woman’s handle @Miabug – discovered an entire bathroom that had been concealed behind a wall in their new pad.

The pair recently bought their first home together and were delighted with the property’s features including an exposed stone fireplace and sliding doors.

In a video on her TikTok page, Mia explained they were told the house had a boarded up drain, but they never expected to find anything significant.

To get to the bottom of the mystery, the couple filmed the moment they removed down the flimsy wooden covering to discover a fully tiled walk-in shower, which even has the soap dish still attached to the wall.

The pair added the caption: ‘Renovation finds… why.’

The couple, who also have a child together, shared more about the hidden bathroom in a follow-up clip.

‘We were in search of our first home, we had a budget of under $150,000 if possible, which is really hard in this market. And we knew there was some work which was going to have to be done, naturally,’ they explained.

‘The seller told us that it was closed off because it was a leaking drain pan and that it was a small fix, wasn’t going to cost much to fix but they just didn’t have the time and energy to do it, so they covered it up.

‘So we took the wall down and obviously found what you just saw. And we were not expecting that at all, we were expecting just a leaking drain pan.’

In the clip, Mia’s partner stands on the toilet to rip down the wall, and suggests the space had once been a full bath.

Mystified people in the comments have been asking the couple how they didn’t know about the additional space – and why it didn’t show up on the floorplan for the property.

But Mia says that isn’t how it worked with their purchase.

‘You have to purchase it if you want it [the floorplan] here. But it didn’t matter because nothing is original,’ explains Mia.

‘There are so many changes to this house from original blueprints. They also converted the garage into a liveable space.’

Do you have a story to share? We want to hear from you.

Get in touch: [email protected]