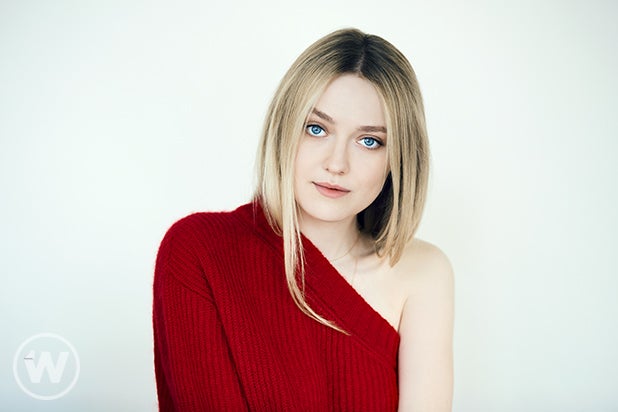 Photo by Elisabeth Caren for TheWrap

Dakota Fanning has joined the cast of Showtime’s “Ripley,” starring opposite Andrew Scott in the series adaptation of Patricia Highsmith’s series of novels.

The “Fleabag” alum stars as Tom Ripley, a grifter scraping by in early 1960s New York. As described by Showtime, Ripley is hired by a wealthy man to travel to Italy to try to convince his vagabond son to return home, marking his “first step into a complex life of deceit, fraud and murder.”

Fanning will play Marge Sherwood, an American living in Italy who suspects Ripley of having darker motives beneath his affable exterior.

“Dakota Fanning is the perfect choice to play the deliciously complicated Marge opposite Andrew Scott’s Tom Ripley,” Amy Israel, Showtime’s executive vice president of scripted programming, said. “She’s an actor that brings smarts and vulnerability to every part, with so much bubbling beneath the surface. We can’t wait to see her sink her teeth into this role in Steve Zallian’s ‘Ripley.’”

The character of Tom Ripley was first introduced in Highsmith’s “The Talented Mr. Ripley” in 1955 and later appeared in four more of her novels. He was most famously portrayed on screen by Matt Damon in the 1999 film of the same name by Anthony Minghella.

“The Night Of’s” Steven Zaillian will write and direct the series adaptation, executive producing alongside Garrett Basch, Guymon Casady, Ben Forkner, Sharon Levy and Philipp Keel of Diogenes. In addition to starring, Scott also serves as a producer. “Ripley” is a co-production between Showtime and Endemol Shine North America, in association with Entertainment 360 and Filmrights.