The 44-year-old appeared keen to prove she’s still down with the kids as she waved her arms and thrust her hips. 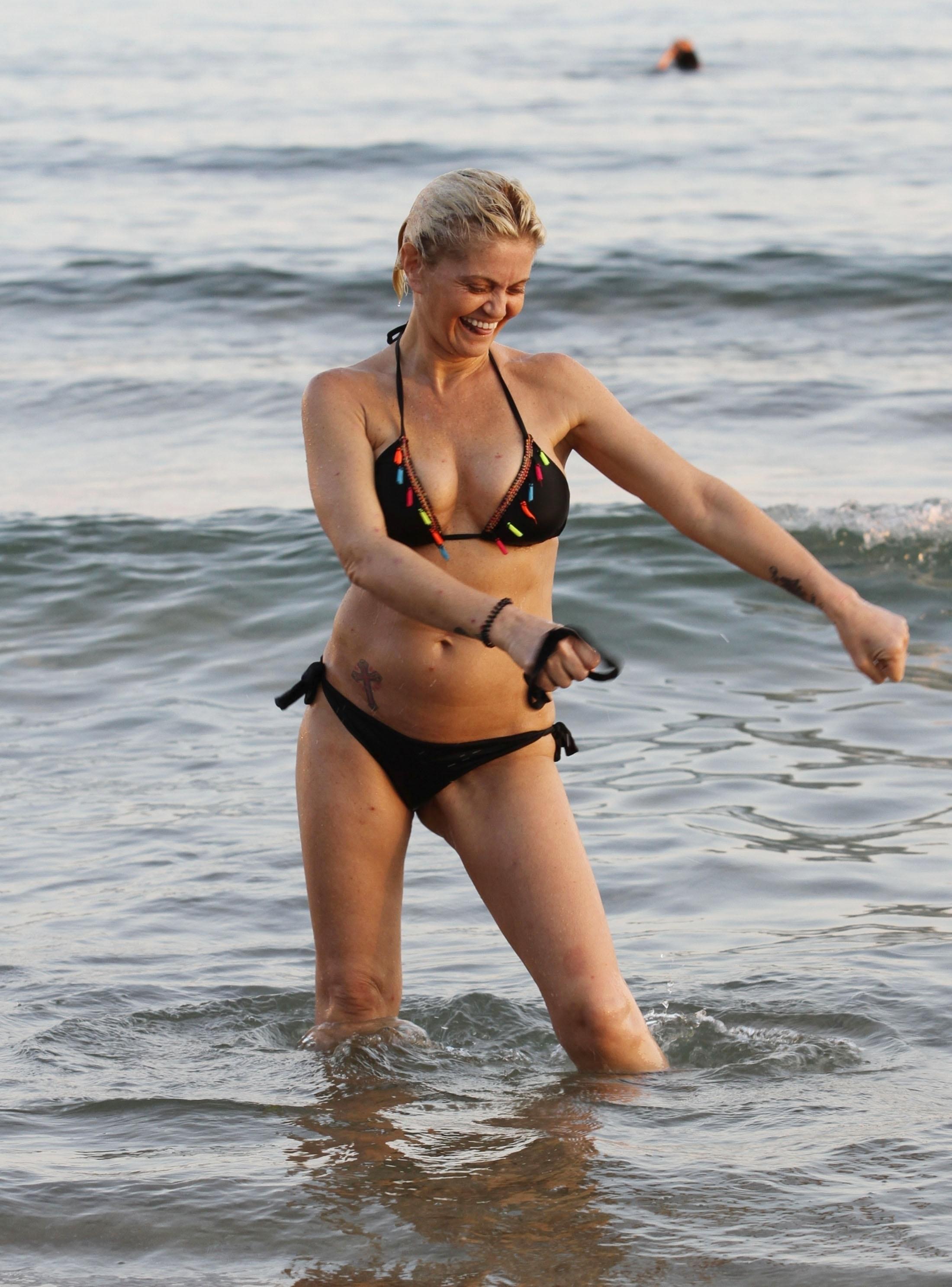 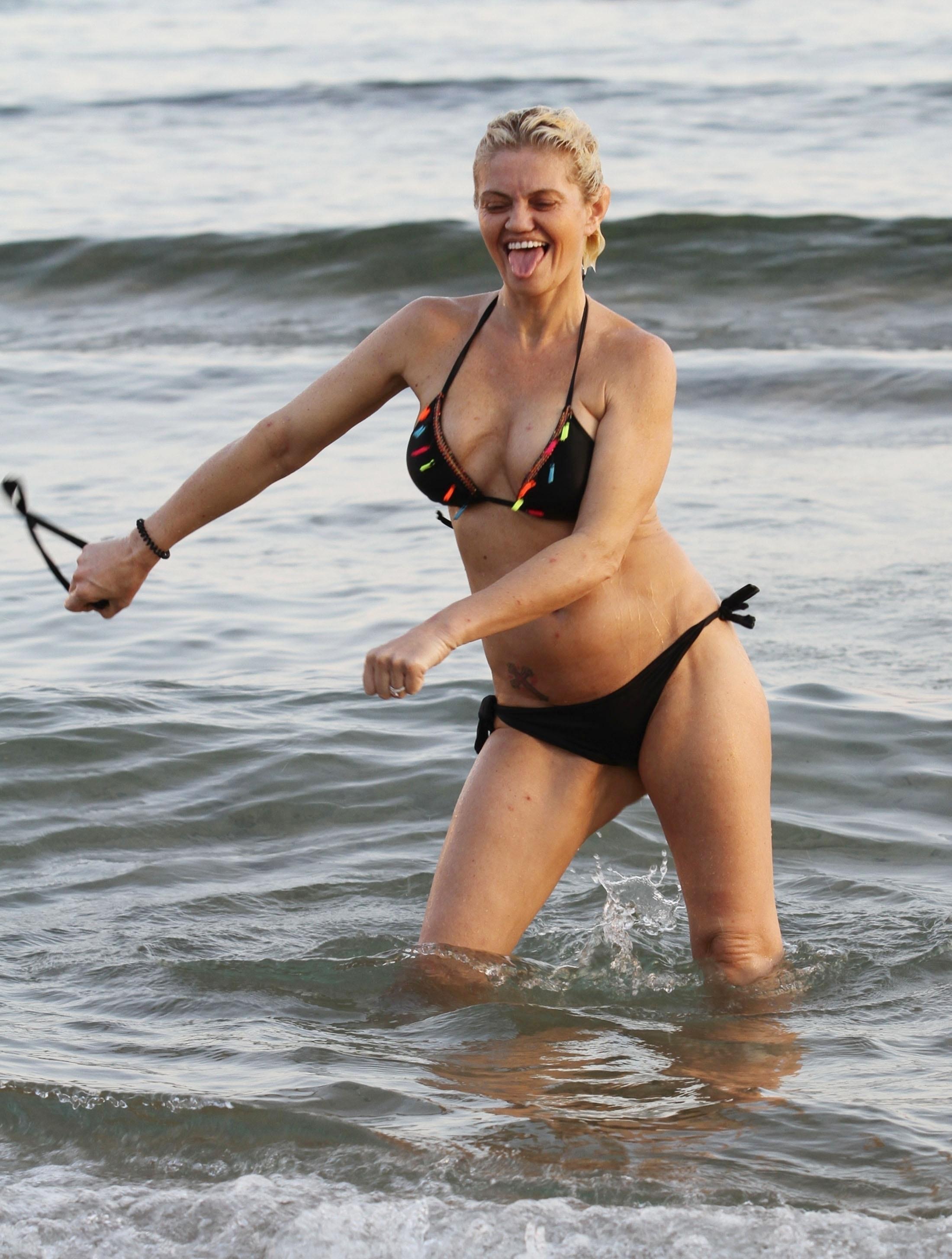 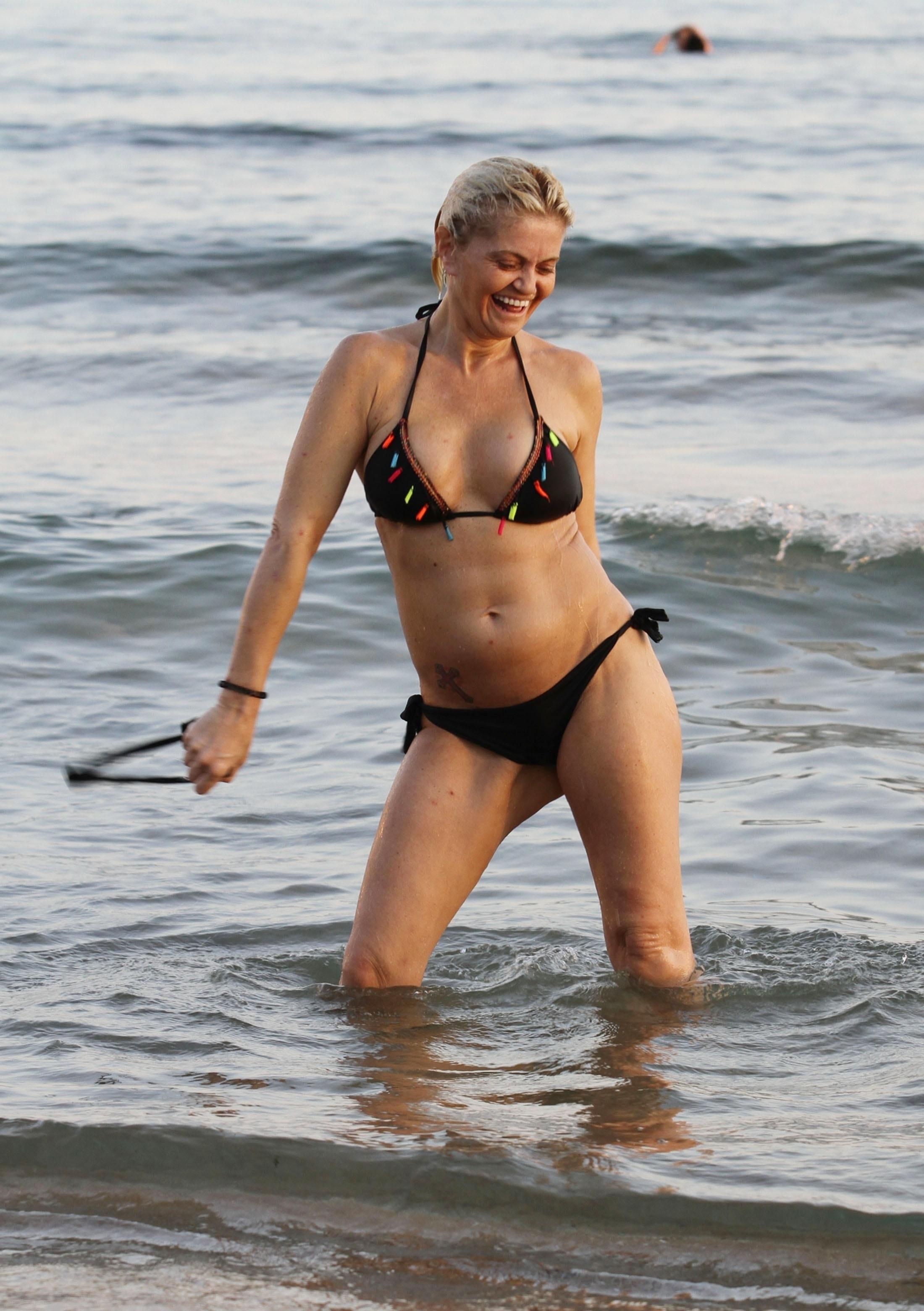 Danniella’s version of the dance, which went viral after Instagram sensation The Backpack Kid posted a video of the made up dance online, made her giggle and she could be seen laughing as she attempted it.

The former EastEnders actress was also pictured snapping pictures of herself on her phone.

She pouted as she starred into the camera before heading to the sea for a dip.

The weather in Spain has hit a scorching 31 degrees and Danniella clearly wanted to make the most of it. 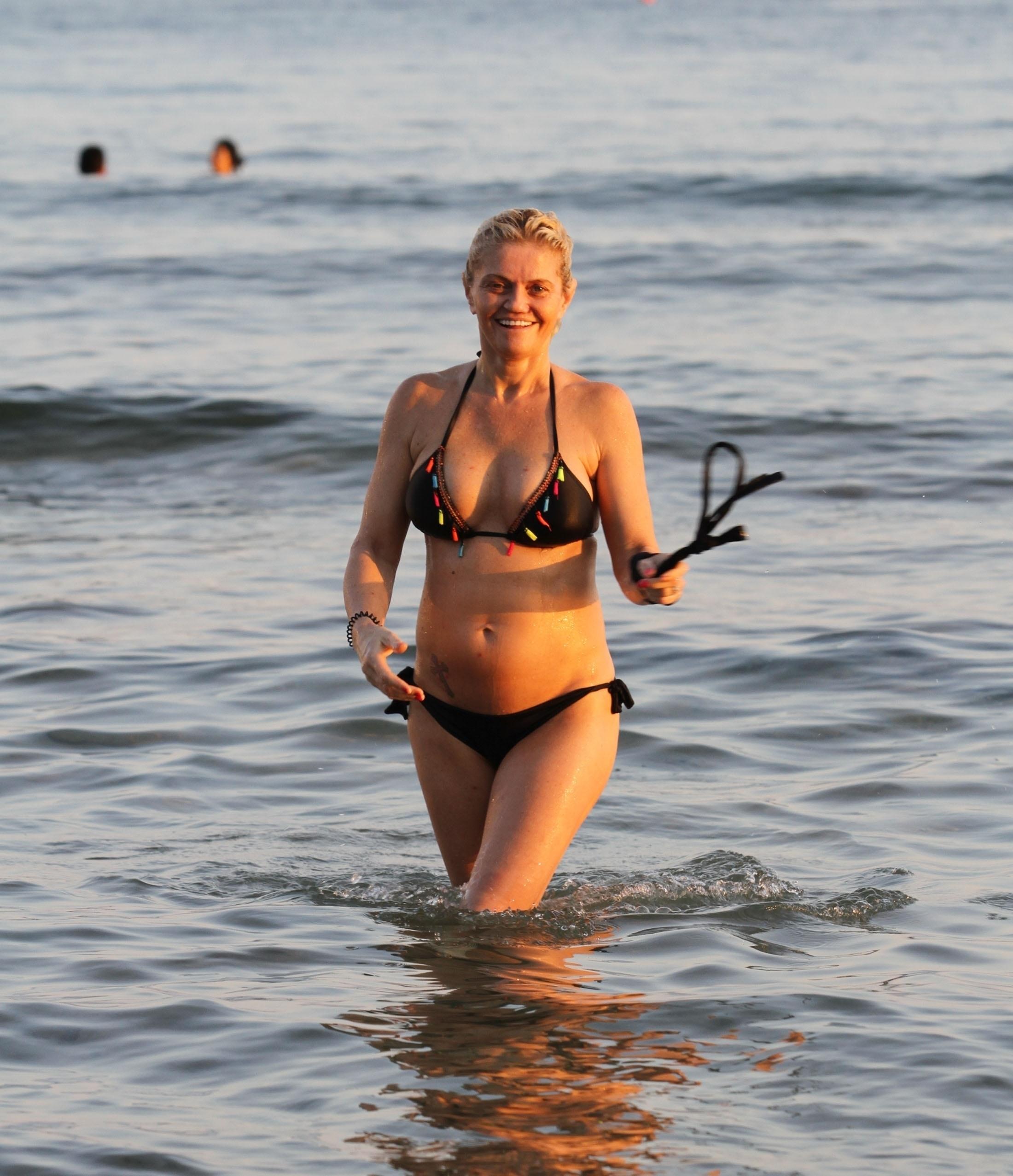 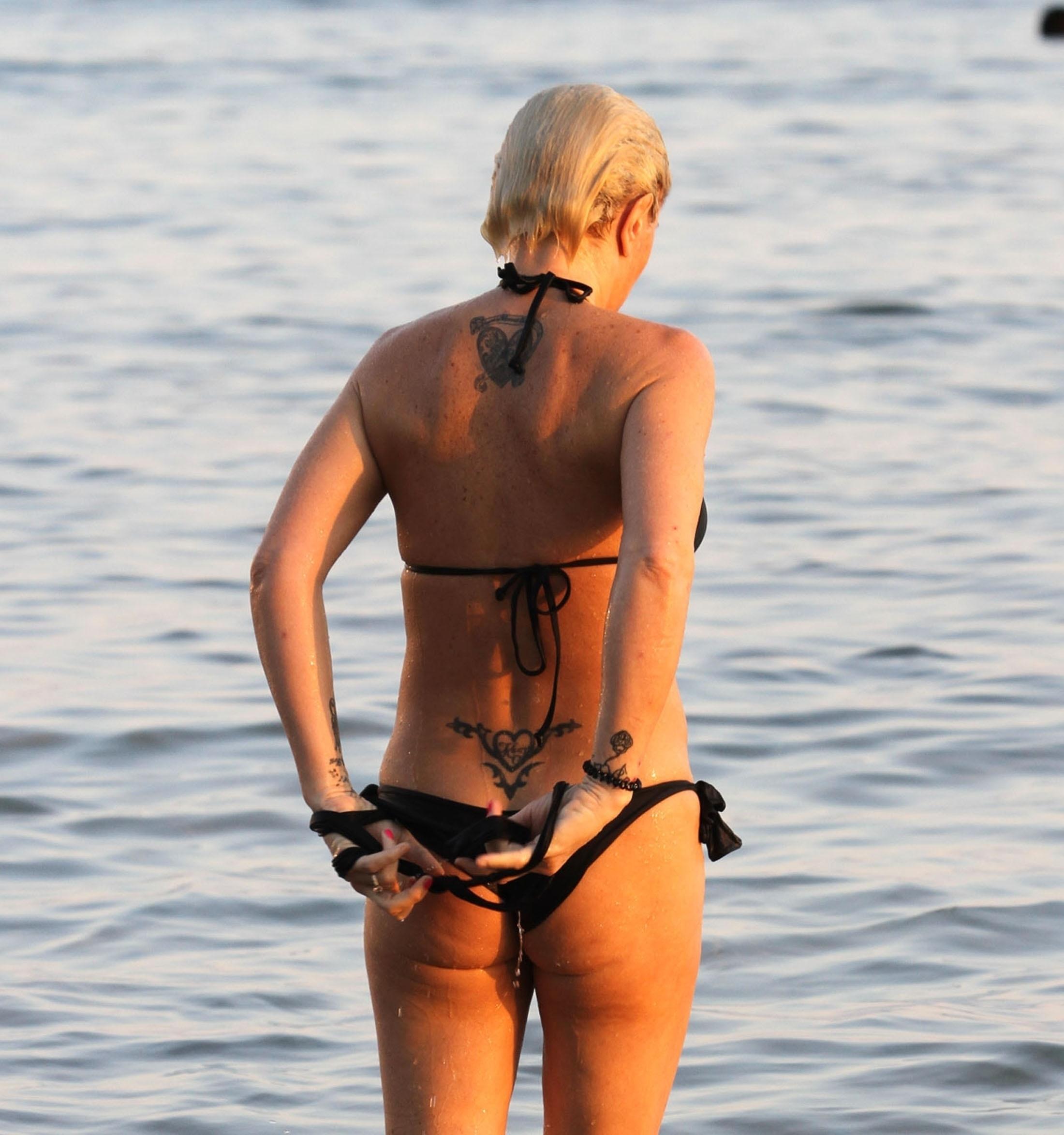 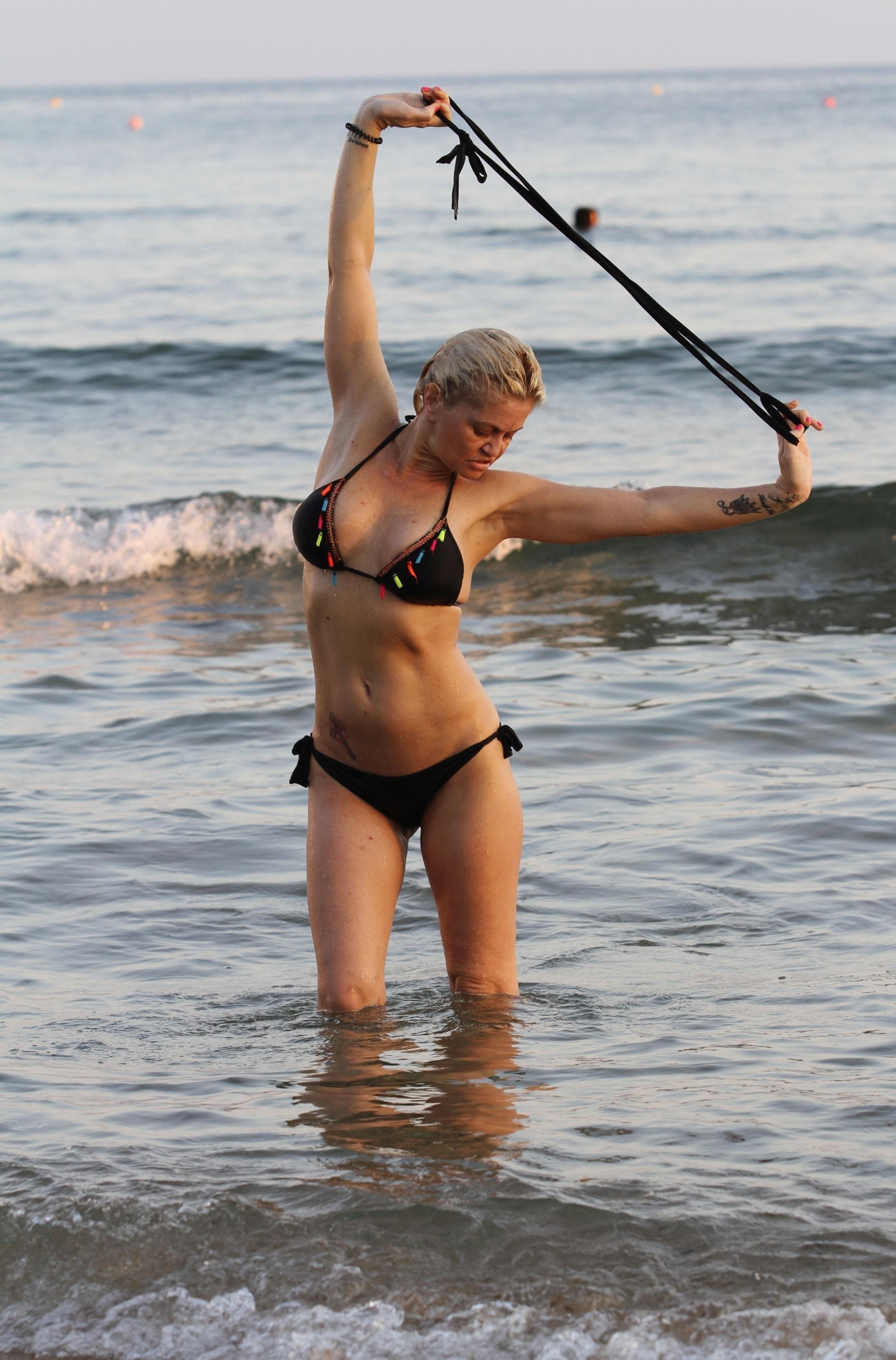 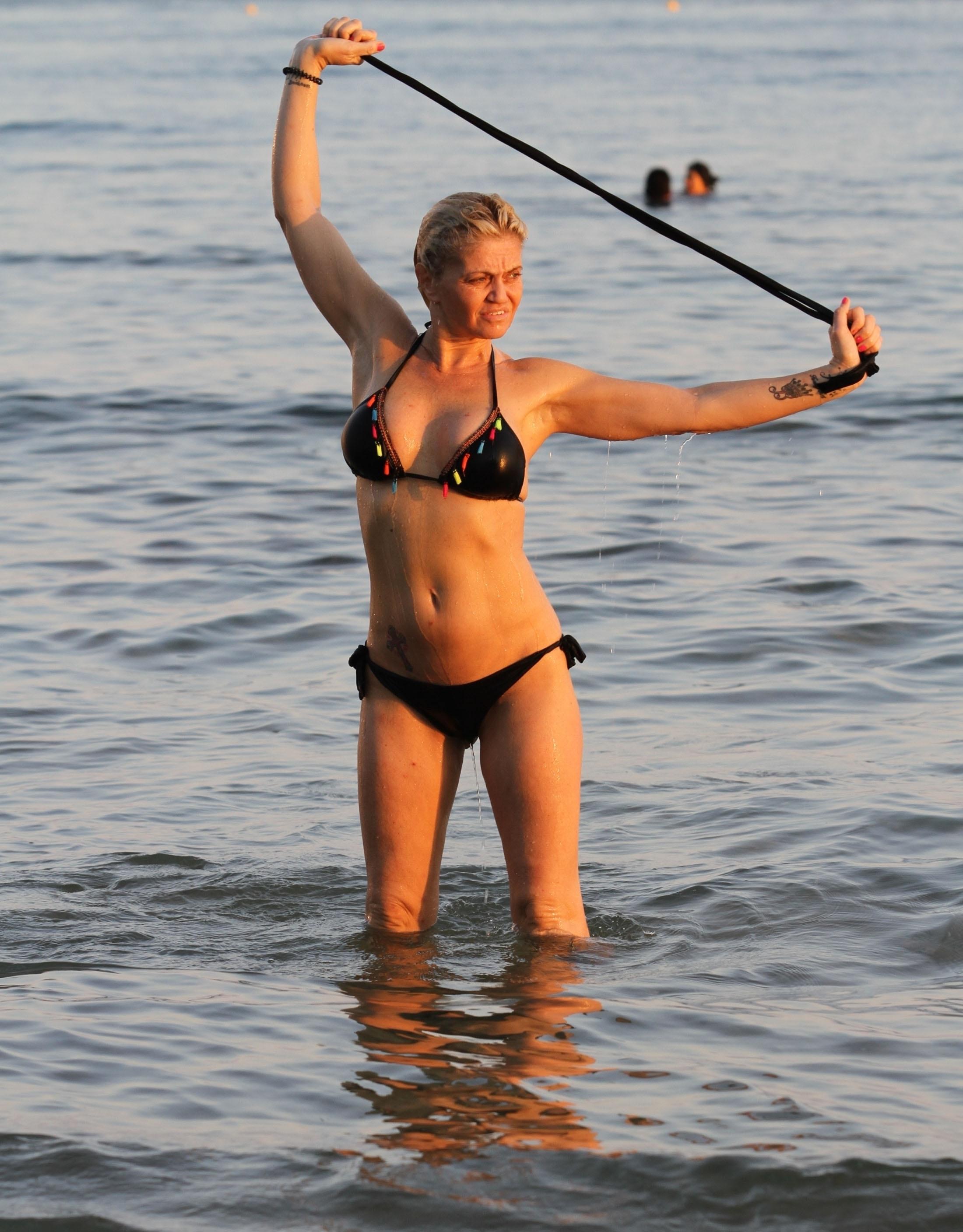 She put on a black, thong bikini and splashed around in the water to cool off.

It has been a tough few months for Danniella but the mum-of-two looked happy and relaxed as she spent some downtime at the beach.

Just weeks before she left the UK for Benidorm, Danniella stunned her fans by admitting he’d been taking drugs again for the past four years. 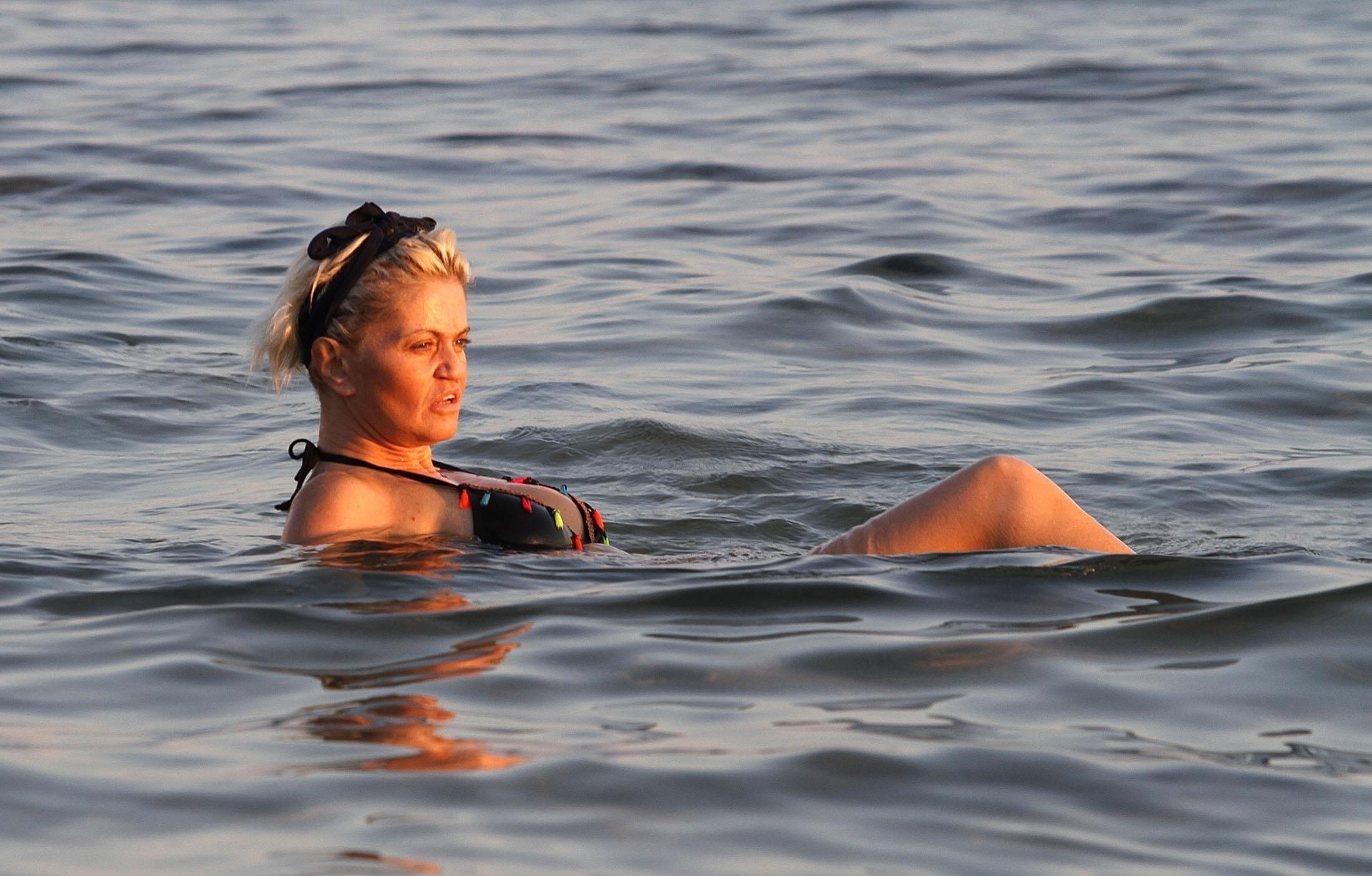 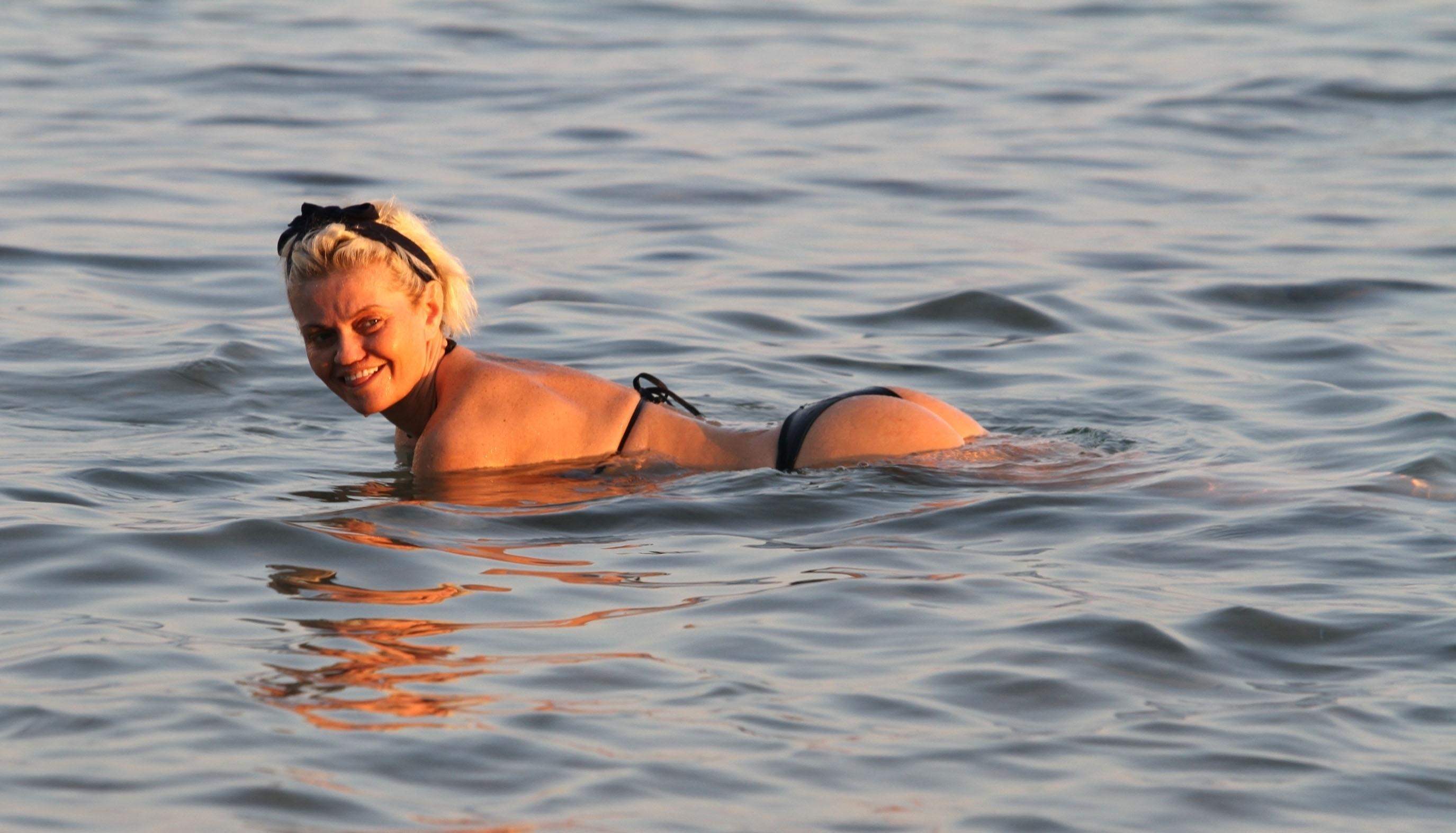 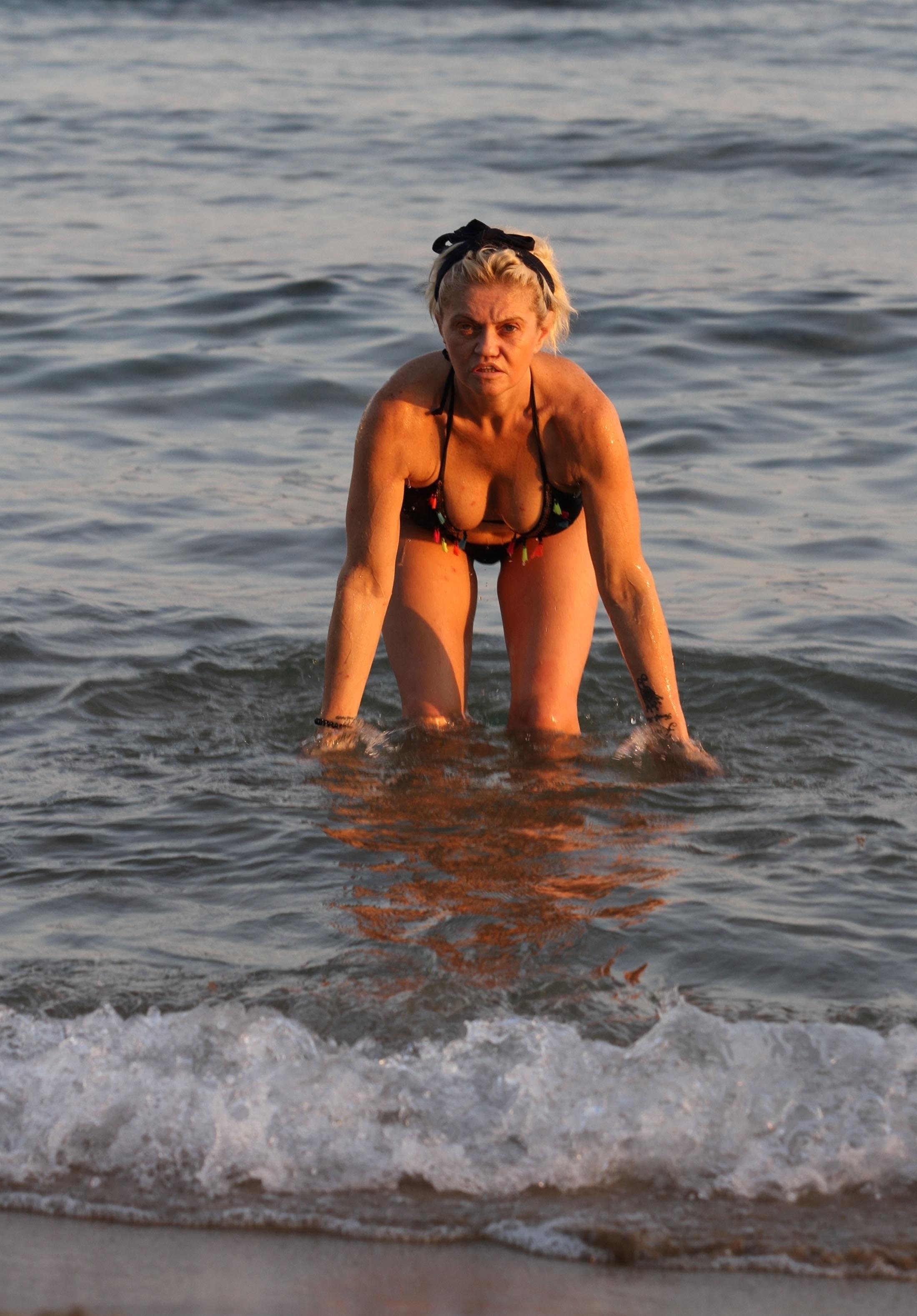 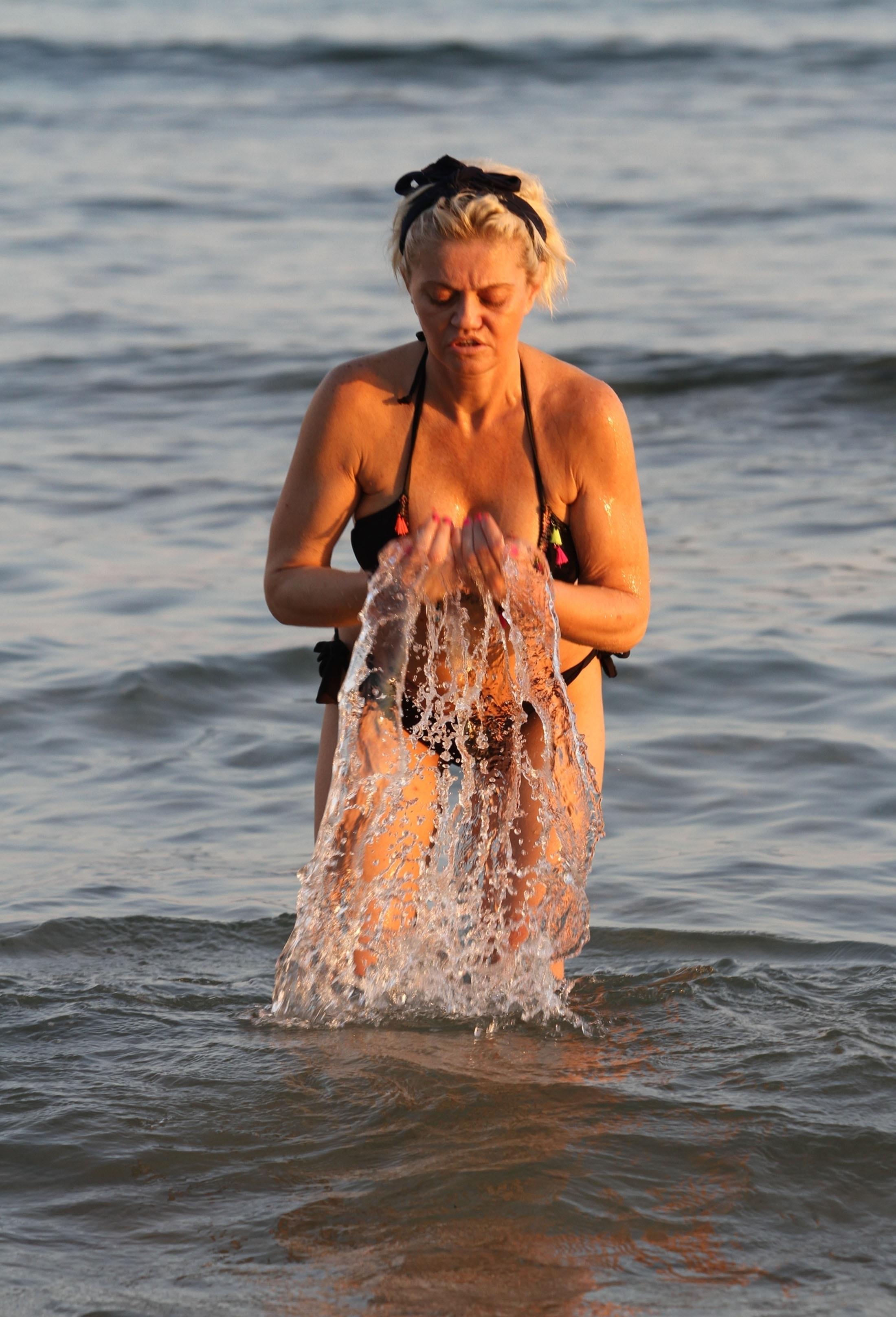 “I put myself into hospital two years ago, I said to them ‘I have taken copious amounts of coke, every medicine in the house, drunk alcohol; this, that and the other.”

Danniella hinted she’d even snorted a line of the Class A drug while in labour and admitted she did one immediately after he was born.

She said during an appearance on The Jeremy Kyle Show: “I was a drug addict, a complete and utter drug addict of the highest order.” 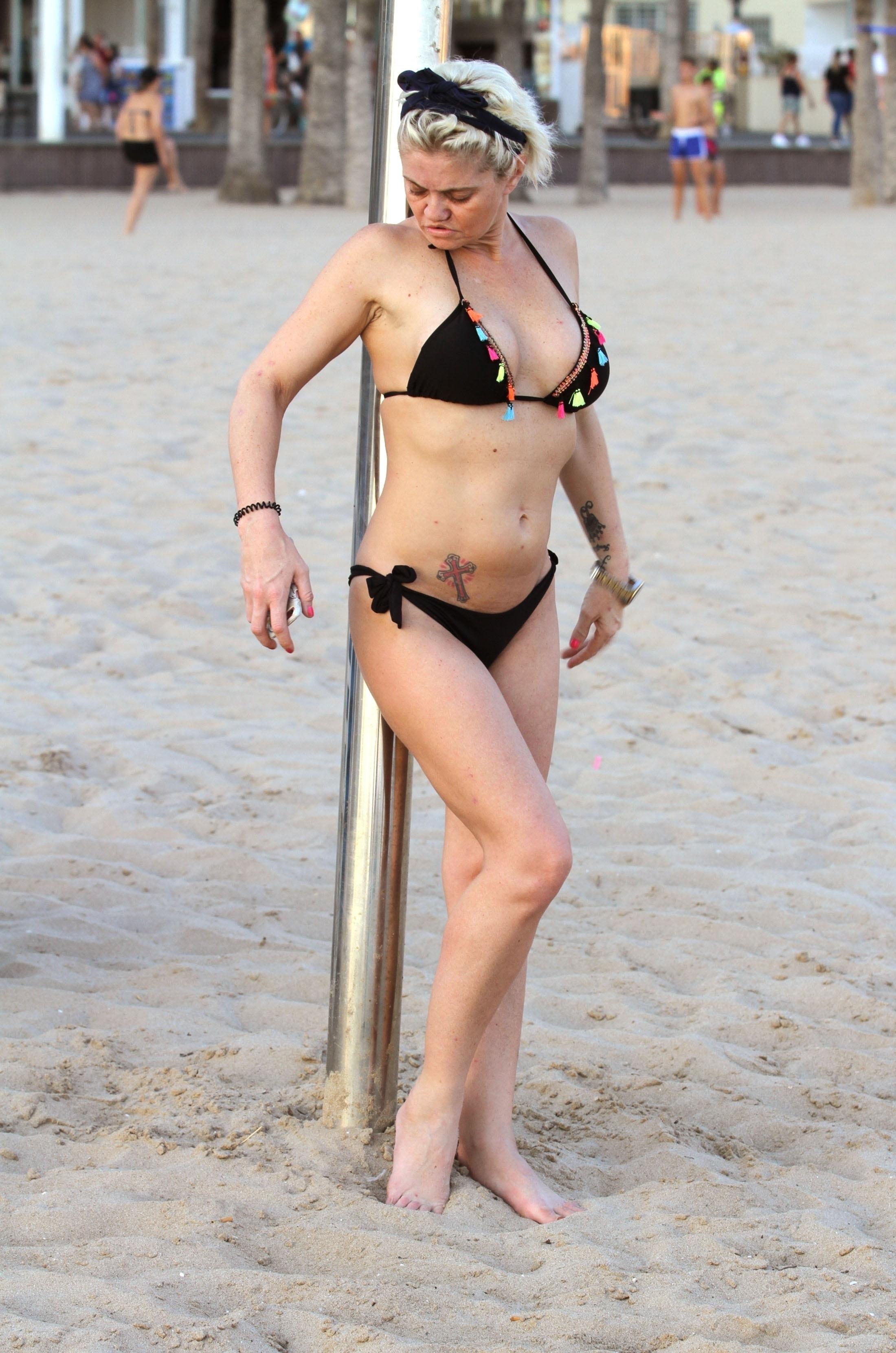 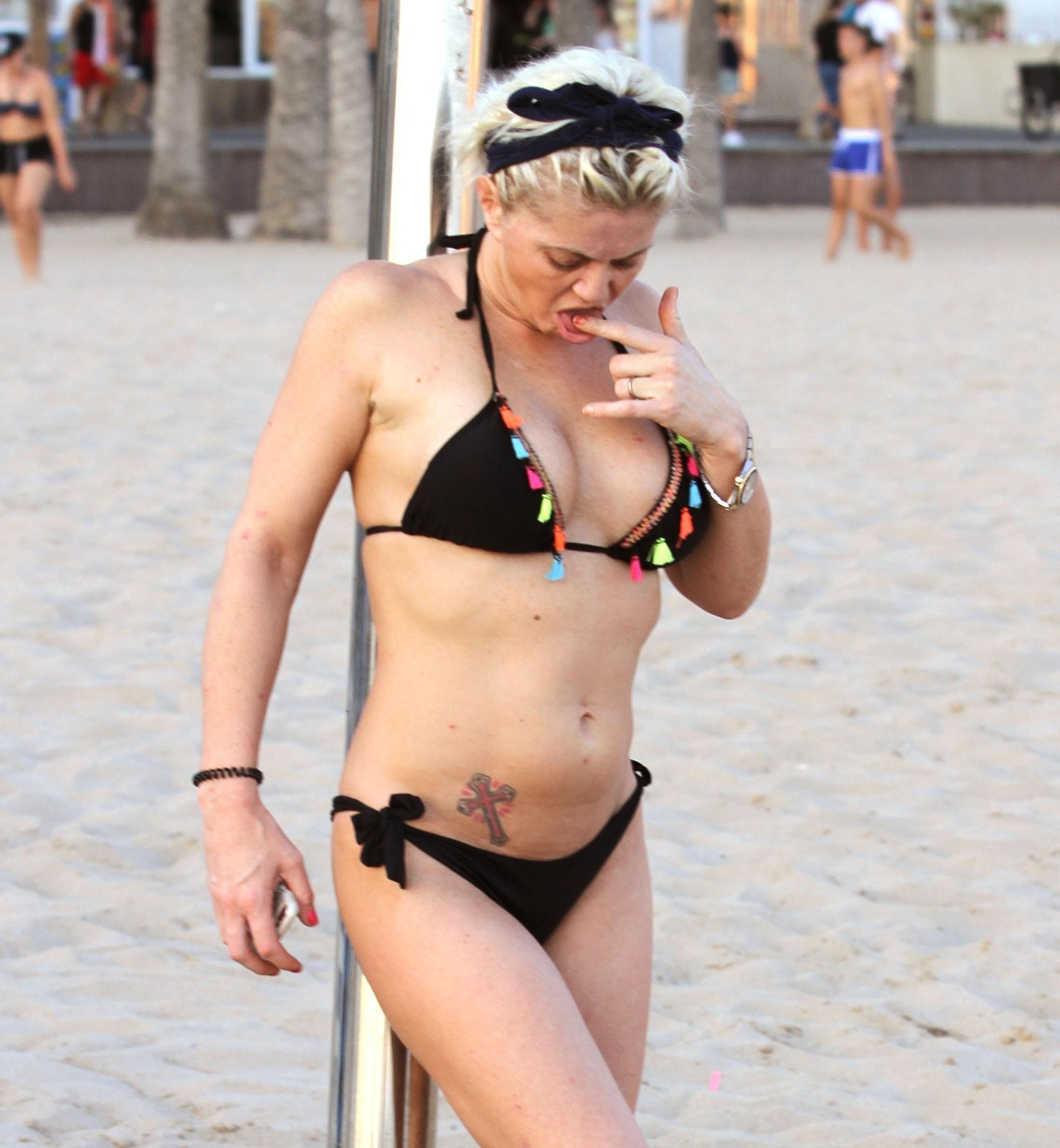 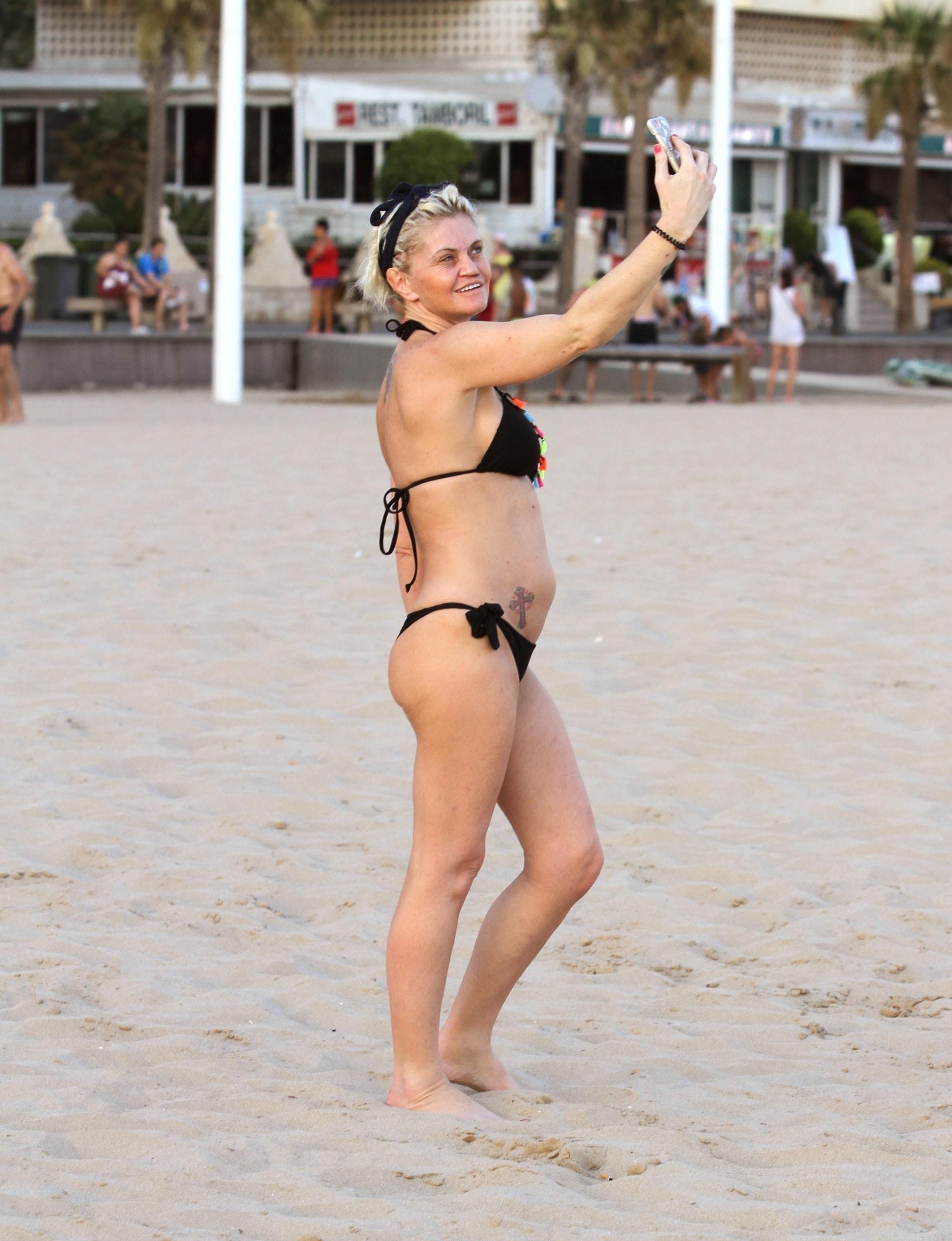 “I could have killed him yeah, and my daughter when I was pregnant with her.

“I tried for years to make it up to them by buying them things and letting them get away with things.”

Danniella’s son Kai and her daughter Jody, 16, have remained in the UK while she spends time in Spain.

The actress splits her time between there and the UK, where Kai and Jodie are based.

After touching down in the country yesterday, Danniella told her fans: “Feels so good to be home in Spain!