David Walliams hosted the National Television Awards last night for the very first time and some of his jokes left viewers unimpressed. The Britain’s Got Talent judge was booed by the audience during the annual ceremony at London’s O2 Arena after taking a swipe at Caroline and was later blasted by Piers Morgan on Twitter over the remark.

At one point in the evening The Masked Singer host Joel Dommett arrived on stage to present an award with contestant Hedgehog.

The ITV talent show sees a number of celebrities hiding behind elaborate costumes singing for their chance to stay in the competition.

Joel confessed the real celebrity who remains in the competition might not be in the Hedgehog costume.

He joked the real contestant could actually be at home “watching Love Island”. 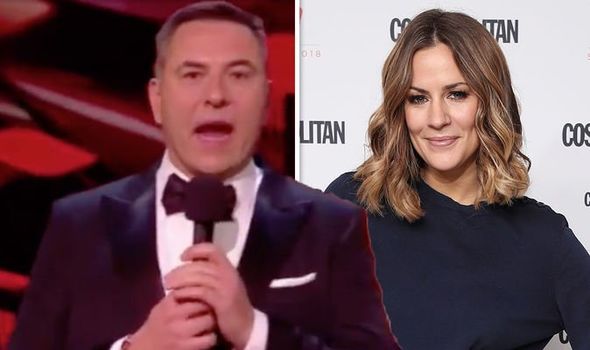 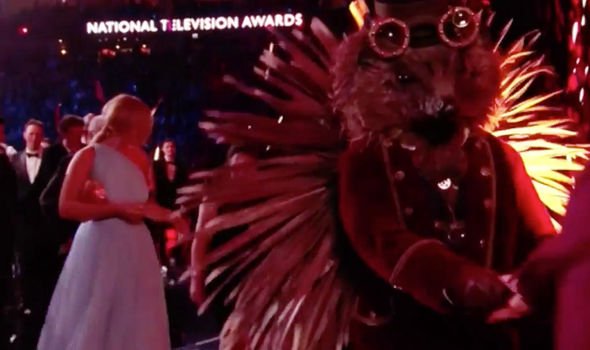 The Masked Singer duo then announced Emmerdale had won the award for Best Serial Drama.

While Joel led Hedgehog off stage, David swiped: “Thank you Joel and so nice to see Caroline Flack back on TV as well.”

As David attempted to continue his link to the next award, the audience could be heard booing the Britain’s Got Talent judge. 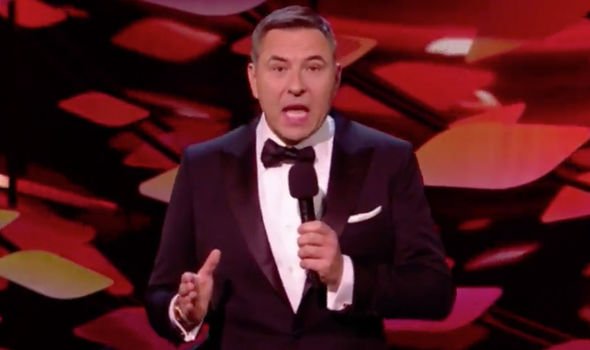 Laura Whitmore has stepped in for this series while Caroline takes time out of the spotlight.

David’s joke didn’t just offend the audience with Piers and viewers taking to social media to blast the host.

“A bit like his entire hosting performance tonight #NTAs.”

Viewers agreed with the Good Morning Britain host as one shared: “David Walliams should be sacked. That was bad the nasty dig at Caroline Flack crossed the line! #NTAs.”

“Well that Caroline Flack comment wasn’t awkward at all…,” another remarked.

Other viewers didn’t enjoy his stint as a host and joined in with the calls for the comedian to be sacked.

“Bring back @radioleary to host the #NTAs next year I mean David Walliams was dreadful and just not funny stick to @BGT David,” one angry viewer vented.

Another added: “OMG @davidwalliams just died on his arse at the #NTAs what a s***e host.”

National Television Awards is available to watch on the ITVhub.