DRAGONS' Den fans have been left convinced an £85 nose filter featured on the show was a "prank".

The bizarre 'Nosy' has been designed to clip onto the nose to stop the wearer from breathing in pollution. 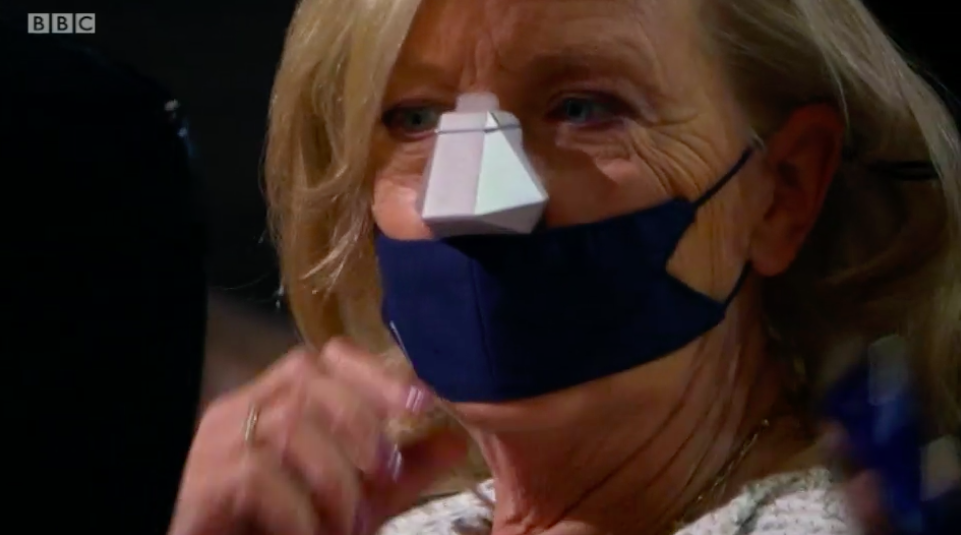 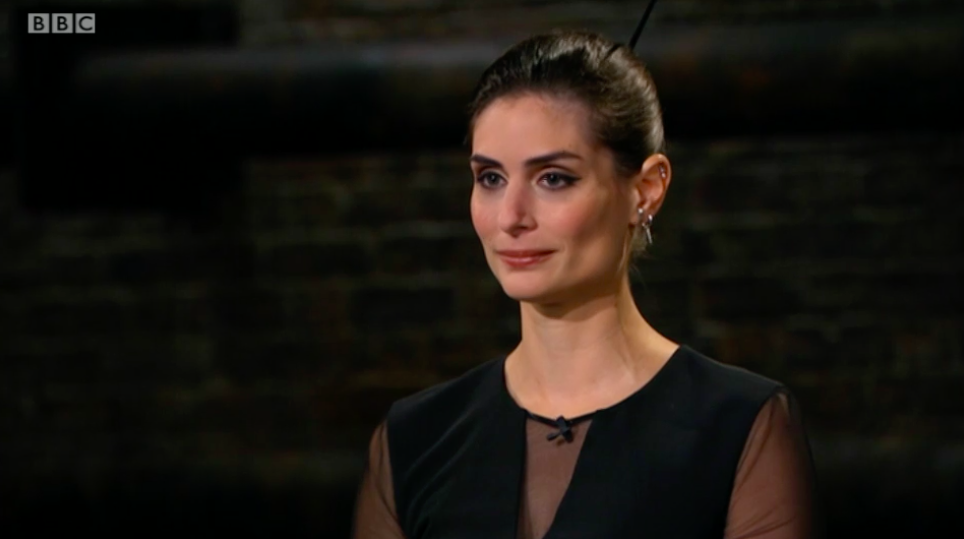 Designed by Brazilian behavioural economist and 'clean-air entrepreneur' Carina, it has been given a retail price of £85.

But viewers of the BBC programme were left wondering if it was a joke after Carina asked the Dragons for a £50,000 investment. 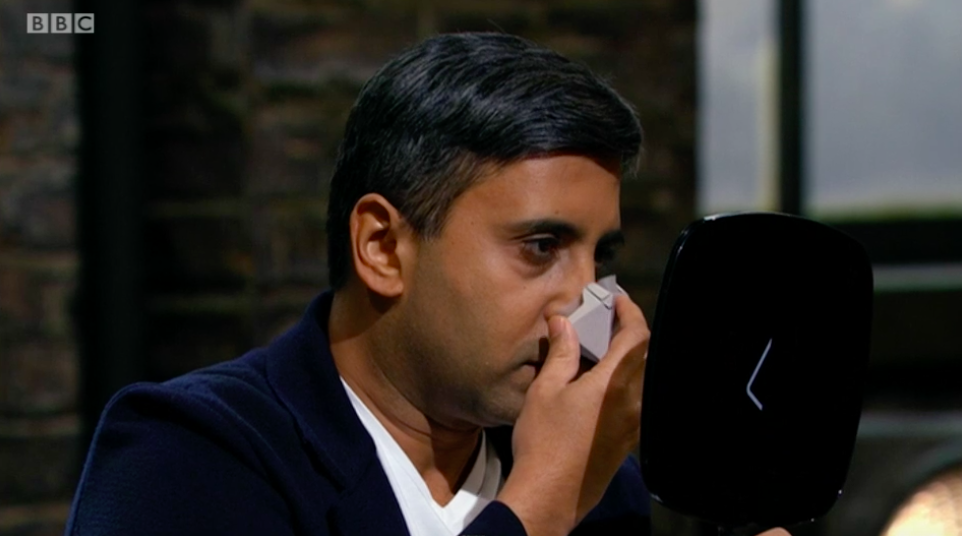 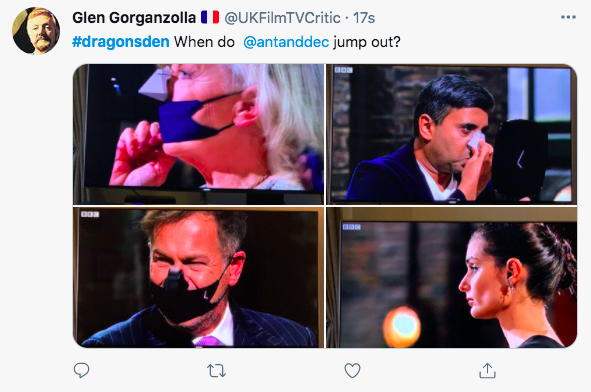 A third mused: "What the bloody hell on Earth is this stupid nose thing ffs can’t even cope!"

A fourth even asked if it was a sketch for Ant and Dec's Saturday Night Takeaway.

Carina opened Thursday night's show with her Nosy, telling Peter Jones, Deborah Meaden, Touker Suleyman, Tej Lalvani and Sara Davies that she was going to "overtake the world" with her invention. 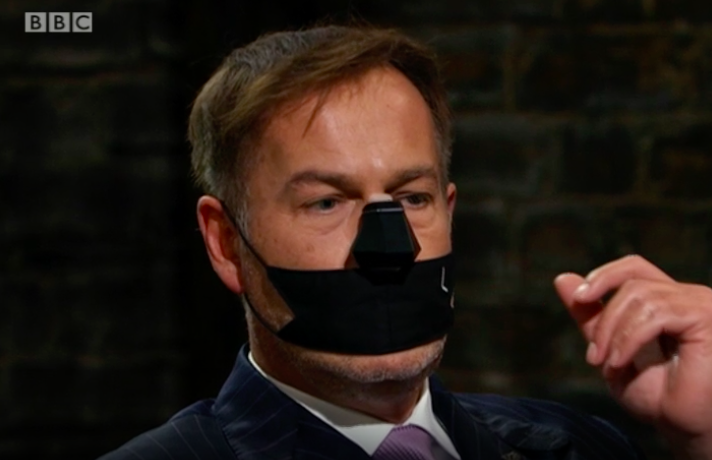 She said: "This is one of the most novel things you’re ever going to see in the Den.

"Our goal is to completely redefine the way we approach breathing with something that is going to overtake the world.

"Between the five of you, one has over 50 per cent chance of dying because of the air you breathe. And it is only going to get worse for your kids, as the world is becoming more toxic."

All five Dragons were given a Nosy to try on, however not everyone could make it fit. 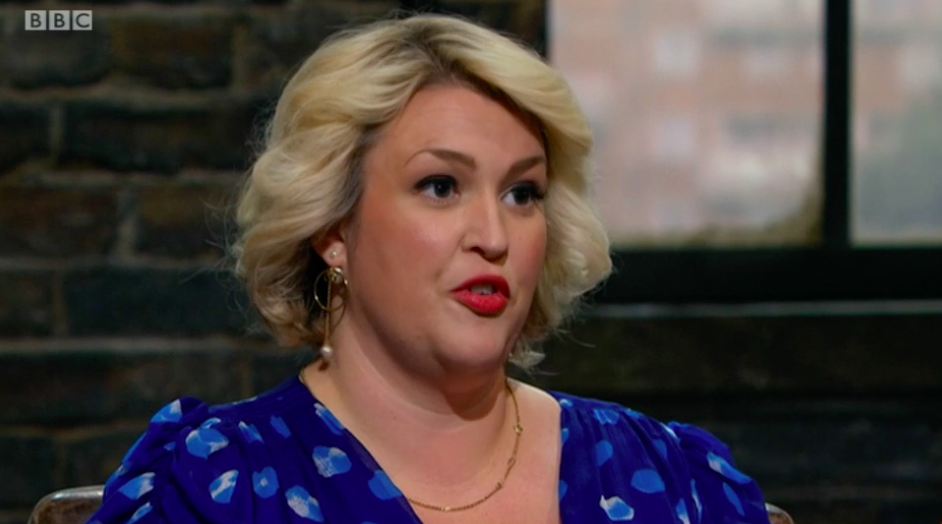 Businesswoman and 'Queen Crafter' Sara struggled to keep her prototype Nosy on her nose.

She went on to tell Carina that she disliked wearing red noses for Comic Relief as a child, as they never fit, so was out.

Peter and Deborah also had issues keeping theirs in place. They did not make Catrina and offer.

Remarkably, Touker and Tej were quite taken by the product. 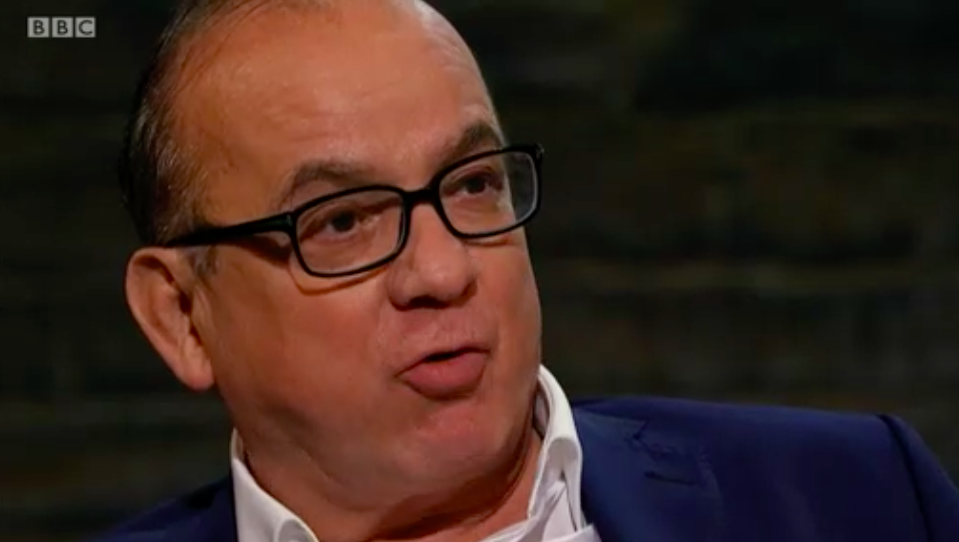 Touker told Catrina: "I love what you’re dong and can understand what you want to achieve.

"I’m willing to make you an offer give you all of the money and help with the design but I want 25 per cent."

Tej also made her an offer, saying: "I actually think there’s a real need for a product like this – fashion and health benefits. I’ve got connections in the health space and the medical community.

"I’m going to make you an offer but it’s on the basis that your product actually works, otherwise it’s completely pointless. I'm going to offer all money for 15 per cent." 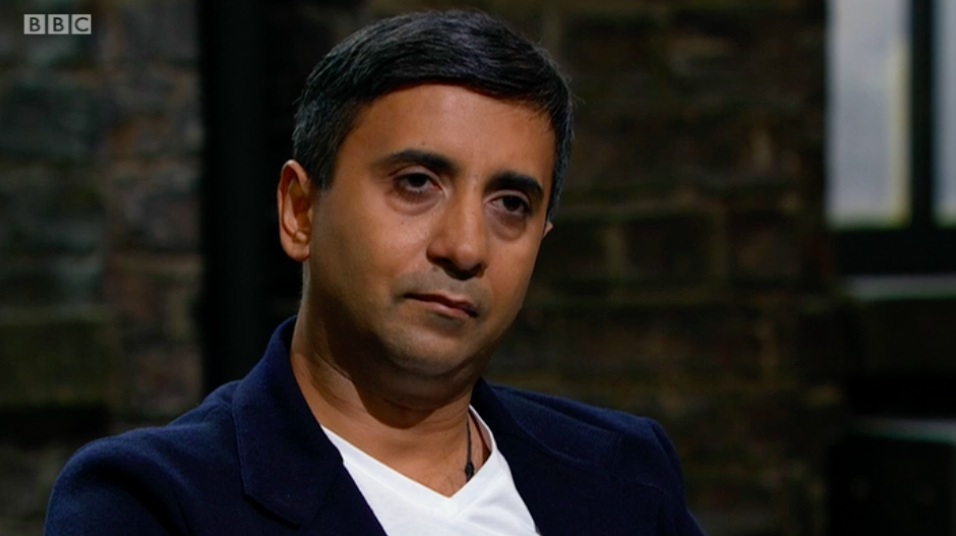 Reacting to the scenes, one Dragons' Den fan said online: ""Are you mad @toukersuleyman and @TejLalvani fighting over a nose condom??"

Meanwhile, fans of the show were also left scratching their heads after one woman, called Stephanie, claimed to have invented a product to remove sand from skin. 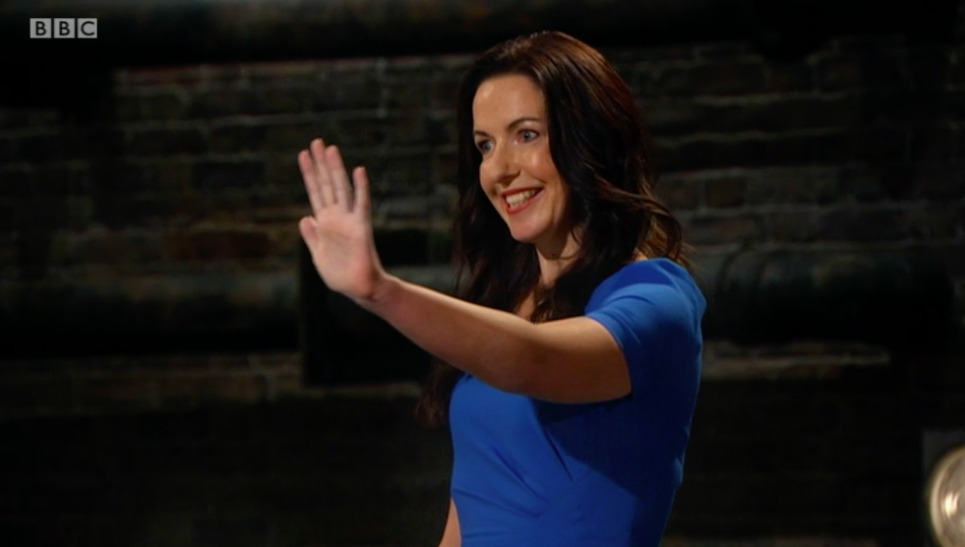 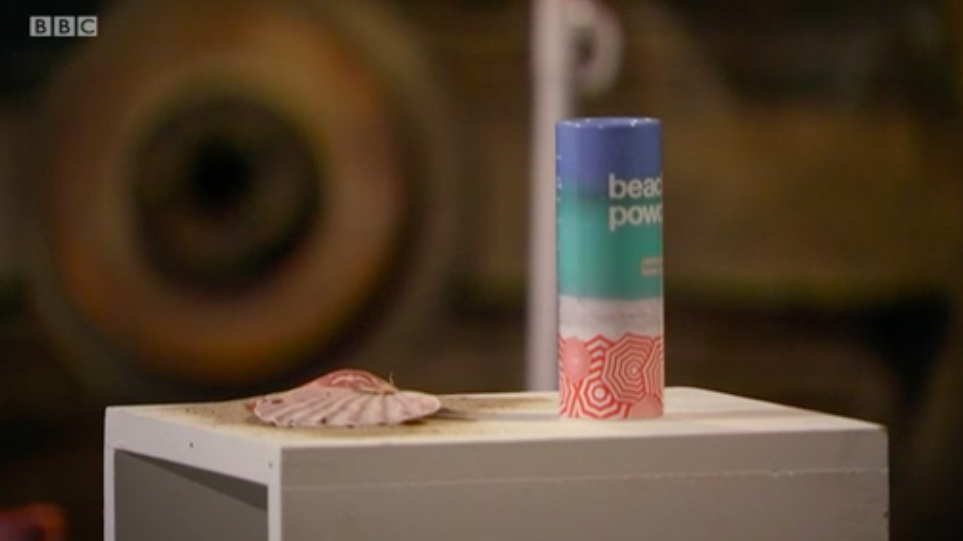 However, many viewers felt it was no different to talcum powder, with one even saying: "Just watching Dragons Den.

"Who is seriously buying Beach Powder at £9.99!? It’s just bloody talc! Hopefully they’re selling them with a bag of magic beans, too!"

It has been confirmed that BBC bosses have signed up the show's youngest Dragon ever,  28-year-old Steven Bartlett.

Steven will take the place of Vitabiotics CEO Tej Lalvani, who revealed he would be leaving the BBC show after four years in January.

Steven is the CEO of social media marketing agency The Social Chain, a company which he originally set up in his bedroom in Manchester.