Home » EastEnders' Mick stands by Linda after pregnancy shock: 'We face it together' 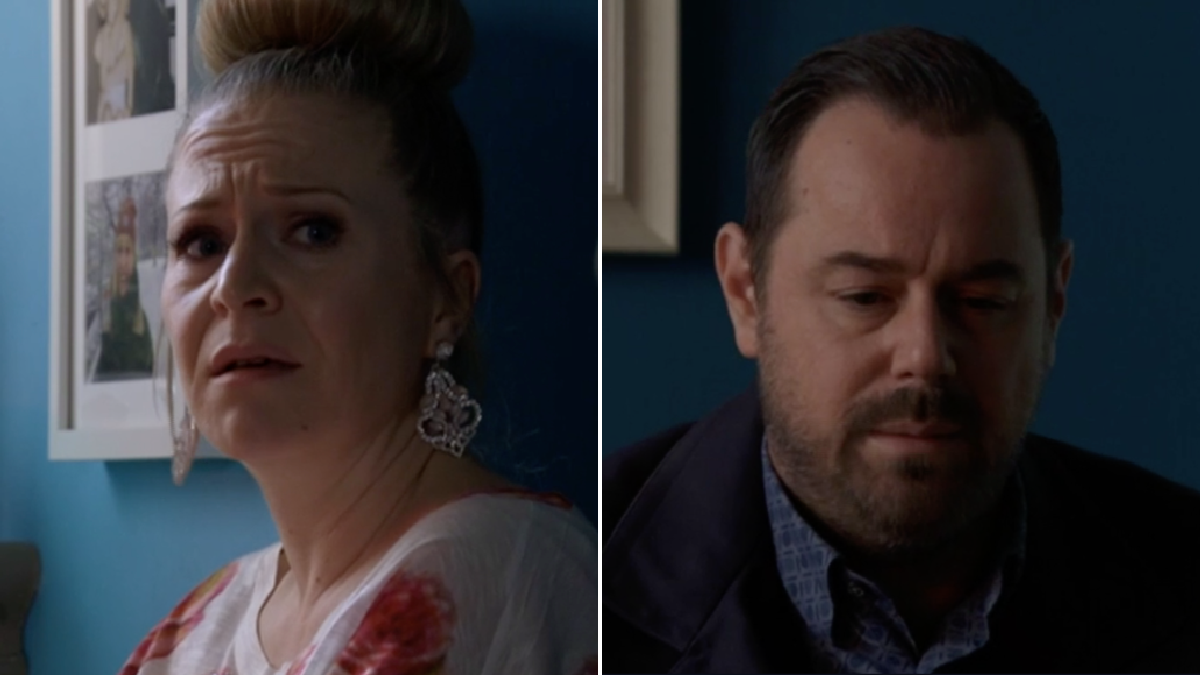 Mick Carter (Danny Dyer) reiterated his love for wife Linda (Kellie Bright) in EastEnders tonight (May 5), making it clear that they’ll face her pregnancy together.

The landlord of the Queen Vic was left in shock earlier this week when Linda revealed that she was pregnant.

He was delighted at first – over the moon at the prospect of another Carter baby – but reality soon set in when Linda confirmed that the child wasn’t his.

Viewers know that Linda uncharacteristically cheated on her hubby with Max Branning (Jake Wood) last year – much to the dismay of viewers.

She’s five months pregnant, which – save for a last minute ‘retcon’ – means that the baby is unfortunately Max’s.

Mick struggled to come to terms with the revelation, and refused to talk about it during tonight’s edition of the BBC One soap.

However, when he learned that Katy Lewis (Simone Lahbib) was pleading guilty – meaning that there wasn’t going to be a trial – he was over the moon.

The more he thought about it, the more he wanted to read a victim impact statement in court, but knew the only way he’d feel comfortable doing so was with his beloved L by his side.

Mick returned home to The Queen Vic, and told Linda that he doesn’t know what to make of her pregnancy just yet, but – like everything else – they’ll face it together.

EastEnders continues Friday May 7 at 8:35pm on BBC One.