EastEnders newcomer Ray Kelly will hide a dark secret next week after arriving in Walford.

Mel (Tamzin Outhwaite) gets a blast from her past tonight (September 4) when her ex-husband Ray turns up at the worst possible time for Jack Branning.

Ray’s arrival will leave Mel with some big decisions to make about her future, but it quickly becomes clear that all is not as it seems with her ex.

Honey is one of the first person to get wind of Ray’s dark side when she realises that he tricked her to get information on Jack, but Hunter will also become suspicious of him after making a strange discovery. 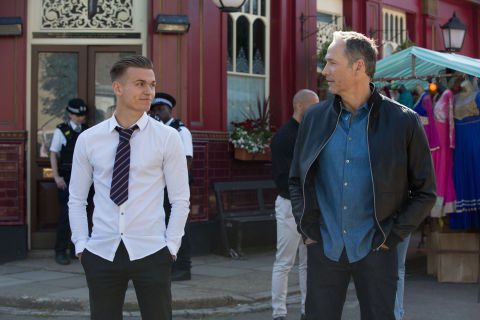 As Hunter gives his stepdad a tour of the area, he questions Ray over why he has a burner phone and is left unsatisfied by his response.

When Ray insists that he only uses his spare phone to tie up loose ends, Hunter reluctantly agrees to keep quiet but later feels guilty about lying to Mel when Ray bails on him. What is the newcomer hiding?

EastEnders airs these scenes on Tuesday, September 11 at 7.30pm on BBC One. 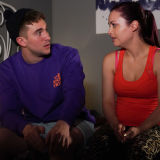 Digital Spy Soap Scoop video – hit play below for all the latest EastEnders spoilers, as a shock shooting rocks the Square and Mel’s ex-husband arrives.