EastEnders fans will see Jay Brown (played by Jamie Borthwick) finally admit his feelings for Honey Mitchell (Emma Barton) this week. But their age gap of 18 years isn’t the only romantic obstacle the pair have to overcome, as Jay’s foster father, Billy Mitchell (Perry Fenwick) will undoubtedly be angry. The actor who plays the iconic Mitchell has spoken out about the storyline and said his character is in for a “curveball”.

BBC viewers will remember Billy fostered Jay after the death of his father Jase, meaning his ex-wife Honey is technically Jay’s farmer step-mother.

To make the relationships even more complicated, Jay was also in a relationship with Billy’s granddaughter Lola Pearce (Danielle Harold).

So when he finds out about Honey and Jay’s true feelings, it is going to take a while for Billy to get his head around the situation.

Despite saying they will stop seeing on another, it is clear Honey and Jay are drawn to one another and in upcoming scenes, fans of the soap will see Honey and Jay get closer as Billy and Lola enter. 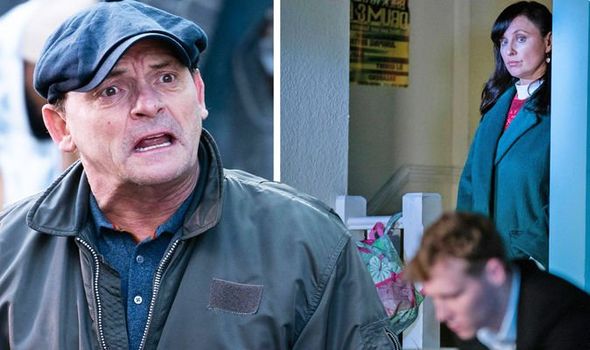 Realising how quickly they were to being caught in the act, the pair decide they need to tell Billy the truth and Honey asks the father of her children for a word.

Heartbreakingly, Billy thinks romance is in the air for him and Honey and is distraught when he hears what she really has to say; she and Jay want to be together and would like his blessing.

A broken Billy snaps at Jay and tells Lola about her ex’s relationship with Honey, but he is even more downtrodden when he realises Lola already knows.

Furious, Billy storms out and when Lola tries to talk to him about it later, he just loses his temper even more. 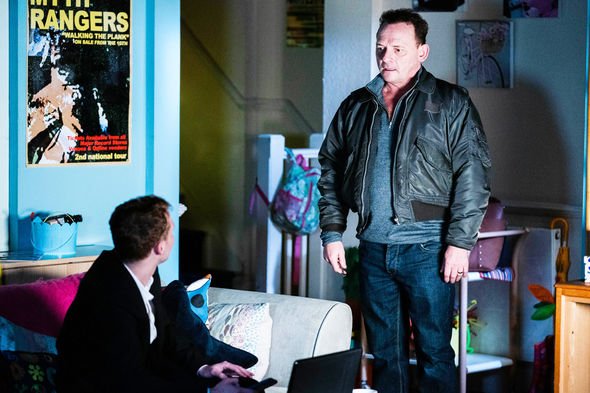 Speaking about the storyline and when he first read the scripts, Perry said: “Honestly, I was a bit like, ‘What?’

“I’ve done some things on this show in my time, but this plot was a real curveball!

“I thought: ‘How can Billy live in the same house as the bloke that he brought up as a son, who’s now getting together with the love of Billy’s life?’ It’s going to open up a huge can of worms!” He added.

The actor, who has been in EastEnders since 1998, spoke about upcoming scenes. 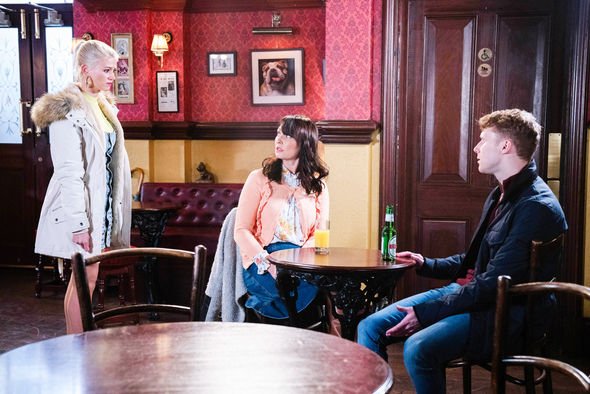 “When I’m playing him, I think about how I would feel in Billy’s situation – and that’s just complete devastation,” Perry admits.

“Honey and Jay are the two people whom he trusts most in the world, and they’ve betrayed him.”

But who will he be more angry with? His ex-wife or the man he calls his son?

“Jay, 100%,” Jay told Inside Soap. “He knows full well, more than Honey, how dearly Billy wanted to reconcile with her, and that’s what kills him the most.

“It’s an odd situation, as there are no baddies.”

As for how the fans feel about the new romantic pairing, they took to Twitter with their thoughts.

One said: “I don’t feel a romantic chemistry between Jay and honey.. the dynamic feels more like of a close friends or family #EastEnders.”

“Jay and Honey so belong together!! #EastEnders #joney,” someone else wrote.

Another added: “I really don’t want Honey and Jay together it’s too weird #EastEnders.”

EastEnders airs tonight at 7:35pm on BBC One.