EastEnders resident Chantelle Atkins (played by Jessica Plummer) has been the subject of abuse from her seemingly charming husband Gray (Toby-Alexander Smith) since the pair arrived in Walford last year. However, with the pair now having spent lockdown together, it seems Chantelle will make a brave bid to leave her partner, with her two young children in tow – but will she be successful in doing so?

After nearly three months away, the residents will be finding it difficult to adjust to the new way of life since the coronavirus pandemic.

The recent special episodes Secrets from the Square have given some insight into what can be expected to go down in Albert Square later this year.

However, with things returning to normal for those in Walford, that can only mean one thing – drama is set to follow.

But things are about to get fiery for one couple in particular as Chantelle finally realises she has to leave after being locked down with Gray. 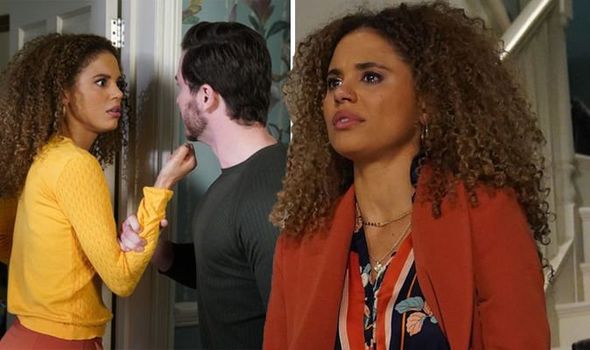 While everyone found lockdown difficult – no one has struggled more than Chantelle who has had to isolate with the lawyer.

Determined to get away from her husband once and for all, Chantelle decides it’s time to put the wheels in motion and sets about meeting a divorce lawyer and planning her escape with her kids but will she be able to get away?

Obviously, Chantelle has many family members and friends around her who will be bound to support her decision.

But it’s not yet known whether she will have been able to communicate any of what she’s been subject to in recent months. 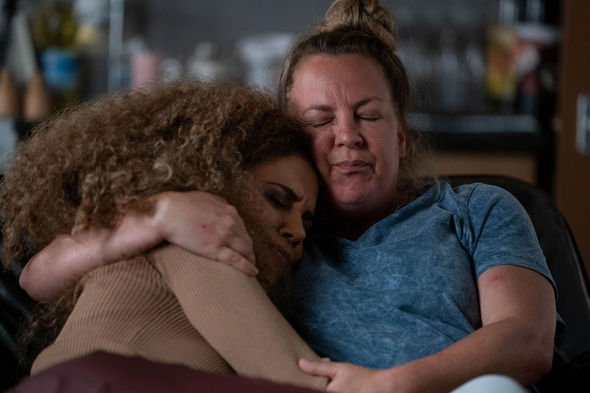 Prior to the series coming off-air, fans saw Chantelle become closer to Kheerat Panesar (Jaz Deol), who will be sure to come in vital in her escape from Gray.

As well as this, her father Mitch Baker (Roger Griffiths) has always been suspicious of Gray’s treatment towards his daughter.

It seems only a matter of time before someone close to the young mother finds out the severity of exactly what she’s been hiding for the last year.

Will Chantelle be able to get the help she needs and be convinced to leave Gray behind for good?

It’s been kept under wraps as to whether the hairdresser will manage to go through with her plan without Gray finding out.

If her secret is finally unveiled, could someone else look for revenge and take into their own hands to get rid of Gray – in order for her to be able to return?

BBC viewers were gutted when the soap was forced to come off-air after halting production back in March.

Luckily, fans have been kept entertained with a series of special episodes hosted by Stacey Dooley, giving a few hints about what’s to come.

Now, a return date for the much-loved show has been confirmed by show bosses.

The programme will be returning on September 7 to BBC One, with some major drama in-store for those in the Square.

Speaking about the return of EastEnders, Jon Sen, Executive Producer of the show said teased the drama to come.

He said: “From the moment we turned the lights out in The Queen Vic our ambition was to come back with a bang and this autumn certainly does that.”