Linda Carter (played by Kellie Bright) is due in court on Thursday after crashing her car whilst over the limit earlier this week. After hearing where his wife is, Mick Carter (Danny Dyer) will rush to the court and discover the dramatic extent of Linda’s drinking.

Earlier this week Mick and Linda hosted a wife swapping evening at The Vic called Ball and Change, forcing couples together, with Linda showing up fashionably late.

She arrived after a meeting with her lawyer regarding her drink drive arrest.

The lawyer told her it is very likely she will be banned from driving and she is given a court date.

Who will spill Linda’s secrets to Mick? 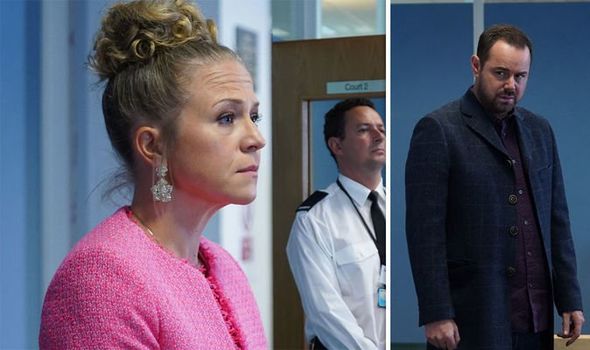 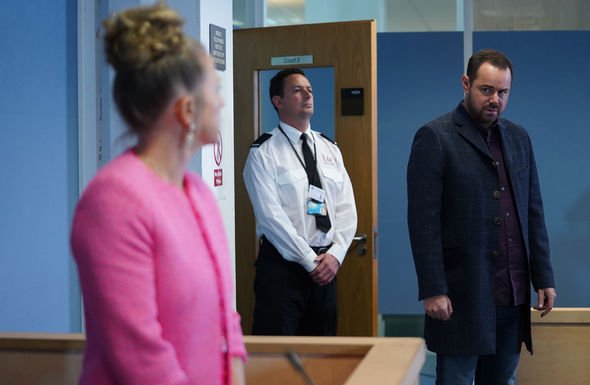 Linda confronted Chantelle Atkins (Jessica Plummer) at the Ball and Change event after viewers watched her take to the bottle once again.

After seeing Chantelle talking to Mick, Linda cornered her in the toilets and grabbed her arm, demanding to know what they were talking about.

Linda slurred: “I saw you. Did you tell him?”

Chantelle told her “no,” but Linda continued: “Dont lie. Just don’t lie to me, you were talking to him for ages.” 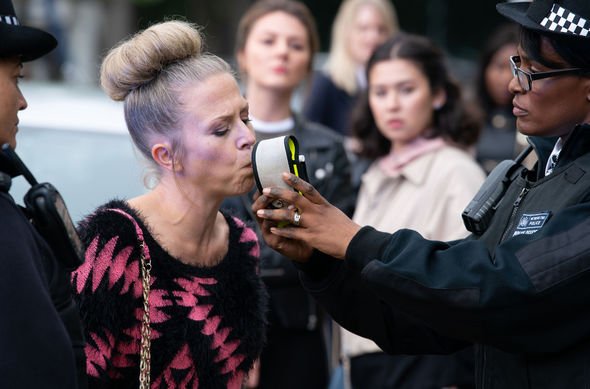 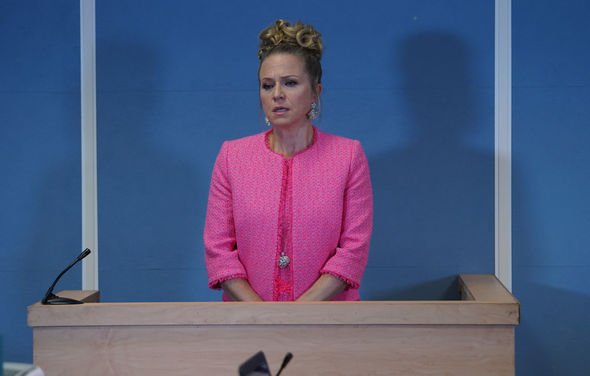 Chantelle fronted up to Linda and said: “If Mick asks me for a straight answer I will give it to him – so back off,” before leaving the toilet.

But was it Chantelle who told Mick where Linda would be or did someone else get there first?

Mick is set to storm into the courtroom to realise the rumours were all true.

For weeks the Carter family have been finding empty bottles around the flat, however Mick had been blaming his mum Shirley (Linda Henry), naive to the fact that his family could be torn apart.

This week however, Mick will finally confront the fact that his wife has a problem.

But it’s not clear as of yet if Linda is going to accept that she needs help.

If Linda rejects Mick’s help, she could push him away for good and even into the arms of another woman if she’s not careful.

If Mick can’t trust his wife anymore then he could be looking for a shoulder to cry on and at the moment he has a few to choose from.

Will Mick look to Chantelle for comfort, or maybe his son Ollie’s teacher Miss Gardner who will give the father some good news?

At the beginning of the week, Mick told Linda that he was on her side 100 percent and would always have her back.

But will Mick be able to forgive Linda for putting herself and Ollie into a potentially deadly situation.

Viewers now need to decide if the Carter family will still be together at Christmas and if Linda will fight her addiction.

Eastenders returns on Thursday at 7.30pm.