The pair finally gave into temptation last week when they enjoyed a passionate encounter in Sharon’s kitchen. 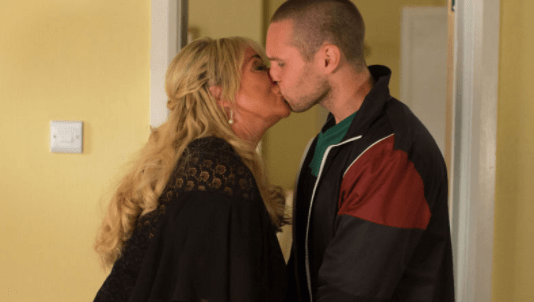 As the week kicks off things are a bit rocky for the pair when Sharon, Walford legend Letitia Dean, shares some harsh words with her toyboy lover over what he saw at the canal.

She storms off but he drops by the Arches later where they try to put their tiff behind them and end up kissing again.

But they’re startled when, mid-romp, they hear a door slam.

Is their affair secret out already? Surely not. 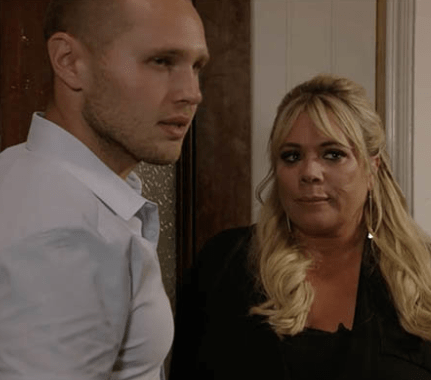 Fans of the BBC One soap were delighted last week when Sharon finally got to grips with Keanu, former Benidorm star Danny Walters, after weeks of flirting and sexual tension.

Having watched Sharon's husband Phil leave for a two-month stint in Spain, Keanu went round and the pair had an intense chat at the kitchen table.

Keanu asked Sharon why she was with the hardman and how she could put up with his behaviour.

Sharon replied: "Used to it" but Keanu countered: "That's not a reason…I mean it." 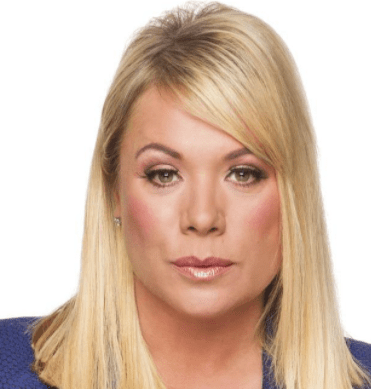 As they got closer, Phil suddenly returned to make peace with his wife before heading for his flight, and Sharon quickly made amends with him and sent him packing.

In the final minutes of the episode, Keanu returned to the house where Sharon was sitting at the kitchen table once more but this time she had dimmed the lights and sat seductively stroking a wine glass while listening Your Love Is King by Sade.

"I got your text" Keanu said huskily, before the pair finally locked lips and started grabbing at each other's clothes.

Taking to Twitter, viewers couldn't get enough of Sharon the seductress, with one writing: "It wouldn't be a proper #eastenders affair without a bit of sade playing in the background #kearon."

Another tweeted: "When Your Love Is King #Sade is playing, you know it's serious…#mood."