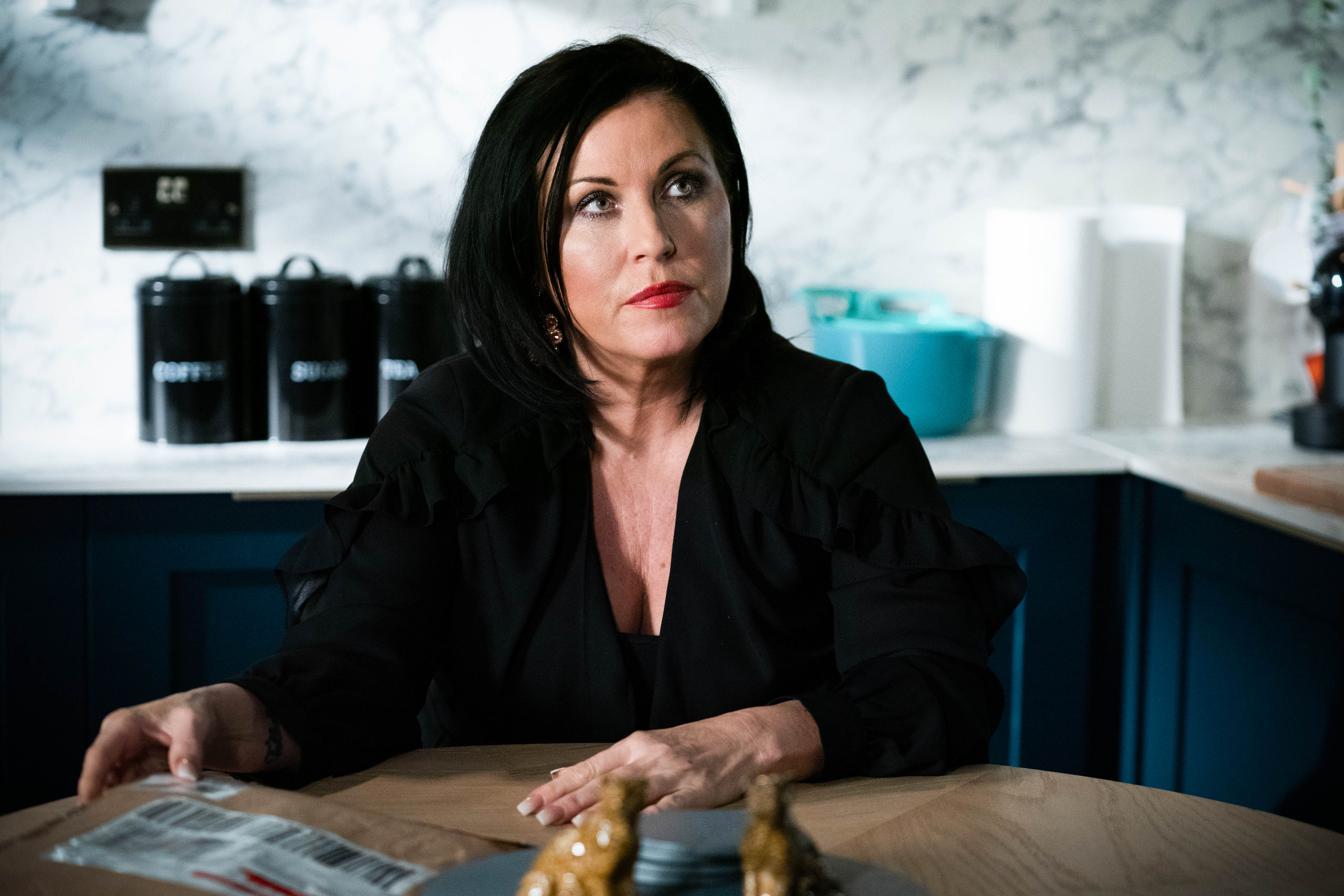 EastEnders star Jessie Wallace faced a frustrating time recently, as she had her car tyres punctured by climate change activists, who told her to walk to her destination afterwards.

The actress, who plays Kat Slater, had her journey interrupted by the campaigning group The Tyre Extinguishers, who called the actress’ car unnecessary.

She received a letter from the group, which was placed on her car.

Posting a picture of the notice on her Instagram, Jessie wrote alongside: ‘These a*******s should be locked up for the chaos they are causing.’

The letter in question starts with: ‘Attention, your gas guzzler kills. We have deflated one or more of your tyres. You’ll be angry, but don’t take it personally. It’s not you, it’s your car.’

It continued: ‘Even if you don’t care about the impacts on people far away from you, there’s also consequences for your neighbours.

‘That’s why we have taken this action. You will have no difficulty getting around with your gas guzzle, with walking, cycling and public transport.’

Jessie has played the role of Kat Slater on and off since 2000.