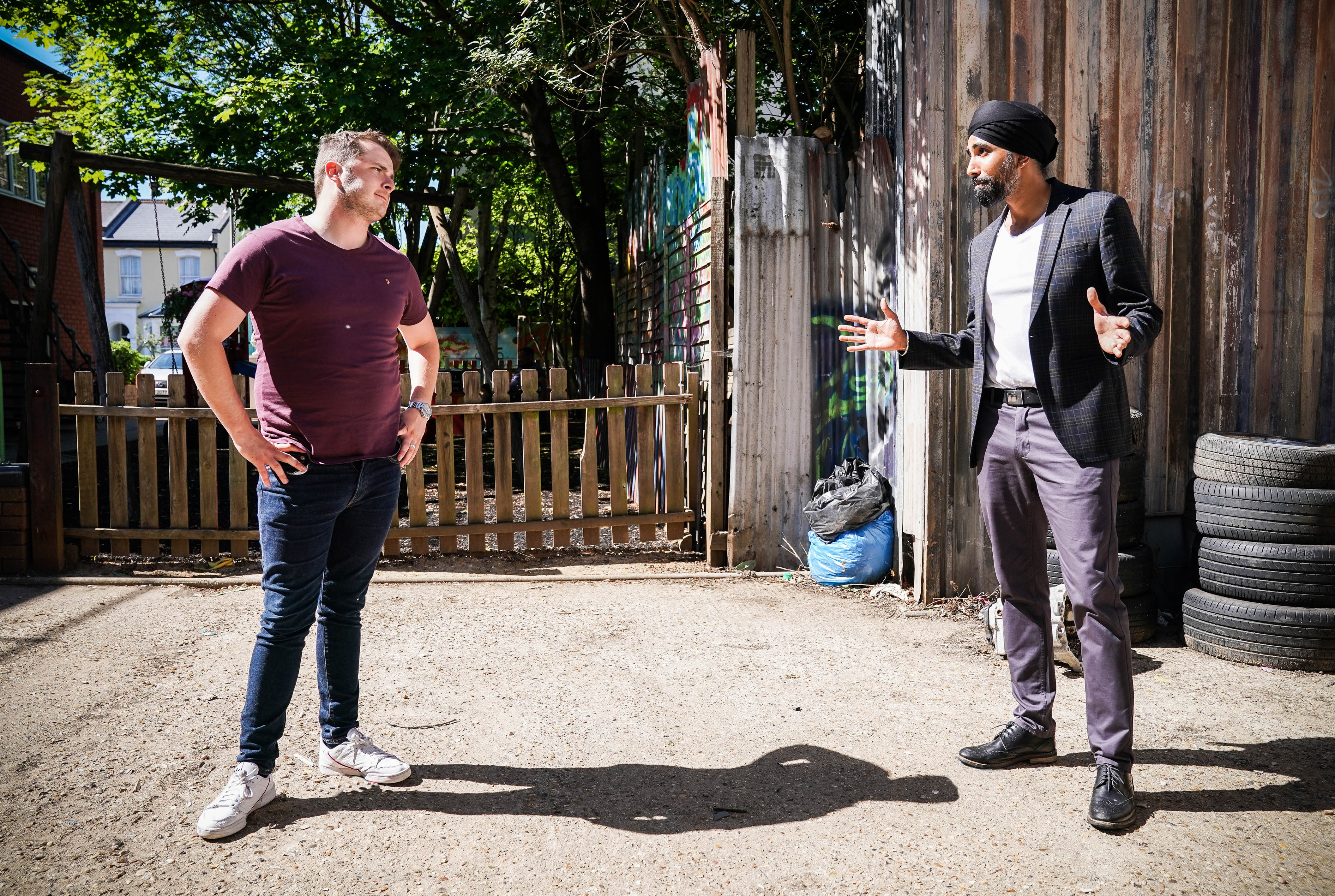 Kheerat Panesar (Jaz Deol) makes a huge move in EastEnders next week, as he becomes a joint partner in the Arches, going into business with Ben Mitchell (Max Bowden).

The businessman has made a name for himself in the short time that he’s been in Walford, and given that he and Ben have become quite the duo over the past few months, this appears to be the next logical step.

‘I think Kheerat is always someone who searches for the opportunity in everything and a way out of his suffering,’ explained actor Jaz Deol.

‘He’s being doing that since his dad went away to prison. The Arches is more than that because it has sentimental value.

‘It’s linked to both his father and brother. You could argue that it’s his way moving through the grief despite his mother’s reservations. He can see the bigger picture.’

As Jaz hinted at, Suki (Balvinder Sopal) is not a fan of Kheerat’s new venture, but he refuses to let that get in his way. In fact, he goes out of his won away to make his mark on the business and make a success of it, as he recruits some new business.

Ben, however, is not best pleased with his new partner’s actions, and conflict soon ensues!

‘Kheerat knows the value of having a business stake in The Arches,’ said Jaz. ‘It works on a personal and business level. When those two things align, you can bet he won’t back down easily. He’ll always make an offer that no one can refuse.’

While Kheerat and Ben are find of one another, viewers will know that Ben had some involvement in Jags’ (Amar Adatia) demise, after he cancelled Jags’ protection in an effort to teach Kheerat a lesson.

Kheerat, of course, has no clue about such a thing.

‘As far he’s concerned, Ben did everything he could to protect his brother,’ added Jaz. ‘I think he does trust him. Whether that extends to the other members of Mitchell tribe is another question!’

Whether or not Kheerat can make a success of his share in the Arches remains to be seen, but just how does Jaz feel about his character becoming a part of an important piece of Walford history?

‘Next to the Queen Vic, the Arches stands shoulder to shoulder,’ he said. ‘And for a relatively new character like Kheerat to have the Panesar name next to the Mitchells is history in the making.

‘It’s the start of his take over – Kheerat and his family are here to stay.’