After all these years, aren't you sick of dancing?

No, I love it. I absolutely love it. It was interesting meeting the teams when we were first in production for Dance Boss. I said, "all of you guys have real jobs, and I've never had a normal job in my life – what you're about to experience is all I know. Welcome to the madhouse." 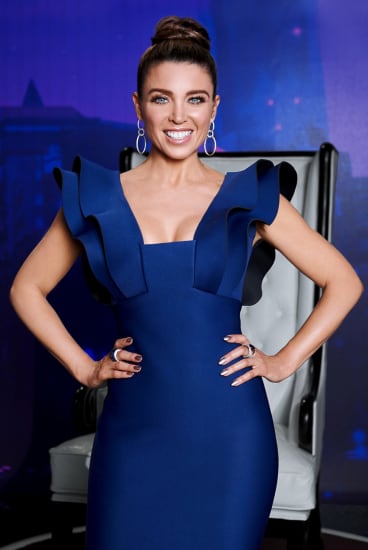 These teams are ordinary people in ordinary jobs, but you've got the ambos and the SES, and then you've got the marketing teams and the car dealers. Are there some definite villains being set up for us to hate?

There's no one being set up for anyone to hate, and there's no one that's like, "Oh my god they're terrible". It's interesting, the car dealers, I got so emotional when I saw their clip the first time. They said "we want to show people we're not sleazy – car dealers have a reputation, and we're not like that". That was a real emotional thing for them.

You're not a judge on this show – do you miss the chance to be really cruel to people?

I found it hard to not give my opinion, because all I've done for 10 years is go "I thought that was good", but it was like, "you can't jump in there". But I could then be impartial and be rooting for them no matter what happens and take on board their excitement. That was nice.

So there's never any point in this series where you step up after a performance and say, "God that was awful".

No no no. It was really hard when people leave, and I could see the teams crying because they'd made friends with that team and now that team's leaving. There were a lot of tears at the end of shows. Hopefully they'll go back to their families and their communities and say what a great experience that was.

Of the judges – Sharni Vinson, Timomatic and Adam Garcia – which of them is the mean judge?

Sharni's the toughest. She was explaining to us that when they were doing the final scenes of her movie Step Up, she broke her toe, and she still had to film the scene. So she's like, honey, I get it. If anyone knows (how hard it is), I understand it. I think I was too, on X Factor, for me it was tough love.

So there's no one there who's taking delight in putting people down.

No. It's so refreshing to be part of a show where no one's bickering, no one's arguing, no one's being aggressive, it's just pure enjoyment and fun. We said to the contestants, we're here to make you look fantastic and make sure you have a great time.

Do you expect that your show is going to kick off a nationwide craze for dancing at work?

I hope it does. There's an explosion of dance that's back again. My theory is that the fun, and the entertainment, and the stress relief, it's what we miss about the eighties and the nineties, a more innocent time that we can never go back to. You embrace little bits of that that embody the more innocent time.

Will we see you dancing on the show?

I boogie along a bit. The judges and the DJ throw challenges at me, and if we're going into an ad break, it's like…try and stop me.

Dance Boss is on Seven, Monday and Tuesday, 7.30pm.