The multi-millionaire barmaid – who is played by actress Emily Head in the ITV soap – is currently chained up in a cabin after discovering her nephew Lachlan's killer secret, and with him taken away for a surprise ten day holiday, she has had to ration her meagre supplies to survive. 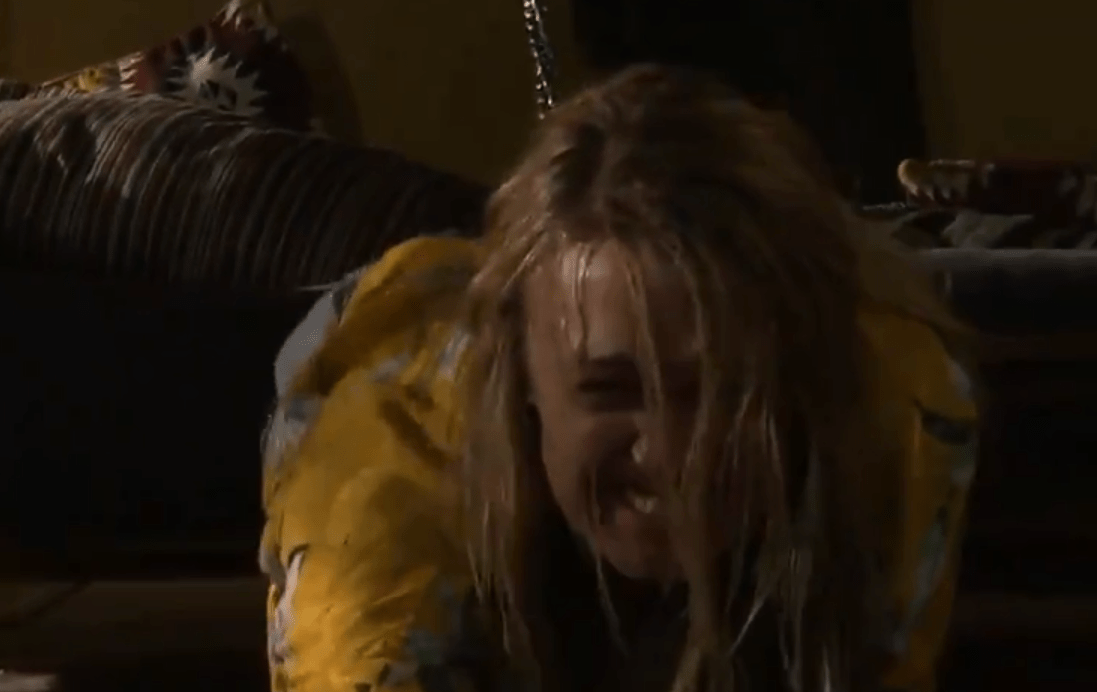 But tonight that all went horribly wrong when she knocked her water over and screamed in horror as she realised she will soon die of dehydration without it.

However, fans have been looking on the bright side pointing out that without water Rebecca no longer has the need for a toilet and so that particular problem has now been solved.

Another added: "Bit of a drastic way to stop herself from going to the loo #emmerdale." 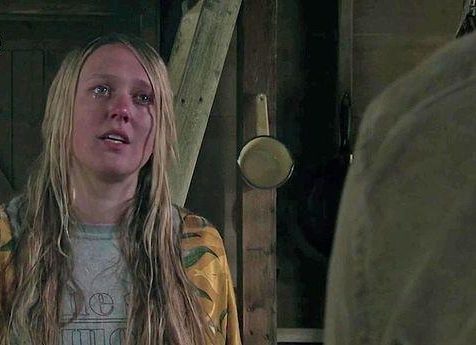 Fans have been completely obsessed by Rebecca's lack of sanitation since she was revealed to be chained up in the remote cabin and Lachlan left her alone for his little holiday.

The prospect of Rebecca spending many more hours alone and chained up inside the cabin moved fans to question the sanitary conditions.

One wrote: "I hope that chain reaches the toilet, she must be dying to go by now."

Another commented: "Jeez, that's another 4 days without a pee or a poo, that's at least 2 weeks now! Surely you can make these hostage situations a little more plausible. 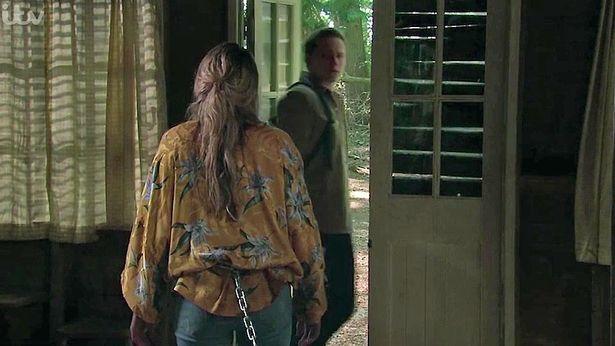 "Mind you, the Corrie one went on for months, without a motion!"

A third asked: "What's the deal with the woman being kept hostage in Emmerdale (not that I watch)? Over a week and she still hasn't p****d herself. They must think we're stoopid." 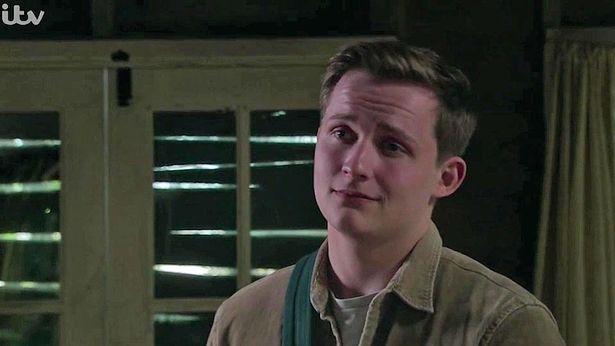 It comes after the soap delivered a shock last week when it was revealed that Rebecca was alive and being held hostage by Lachlan.

Viewers feared the demented boy had taken another victim after he was shown with a bloodied spanner in his hands after an altercation with his aunt. 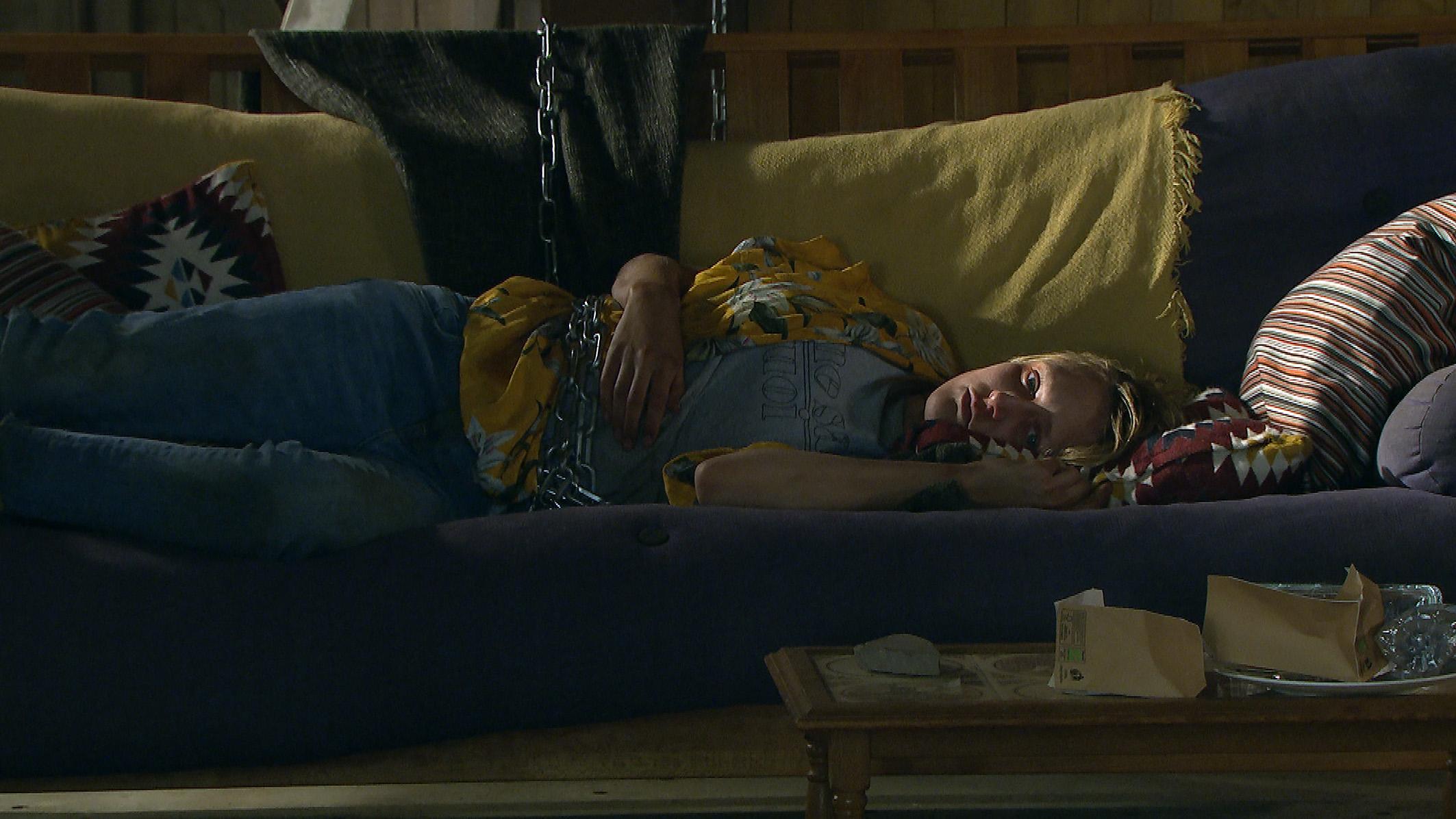 With Rebecca nowhere to be seen as he drove off from the woods, many feared the worst, but as suspicions over her whereabouts grew in the village, Lachlan had to think fast.

After a concerned Robert Sugden found her passport in her room and realised she wasn't in Ibiza like her nephew had said, the teen left the pub and headed off to a secret location.

Rebecca then called Robert, telling him she was going to be gone for a while, and the camera then panned to Lachlan playing a recording of her voice down the phone, before Rebecca's face appeared in the background.

The nasty charcater – who killed his mother and grandfather earlier this year as well as his pal Gerry – had chained her to a post in a derelict cottage and gagged her.