Home » TV & Movies » Emmerdale fans seriously distracted during Leanna Cavanagh's funeral – but can you spot why?

EMMERDALE fans were left seriously distracted during Leanna Cavanagh's funeral – but did you spot why?

Leanna was murdered by Meena after discovering she’s a serial killer earlier this month. 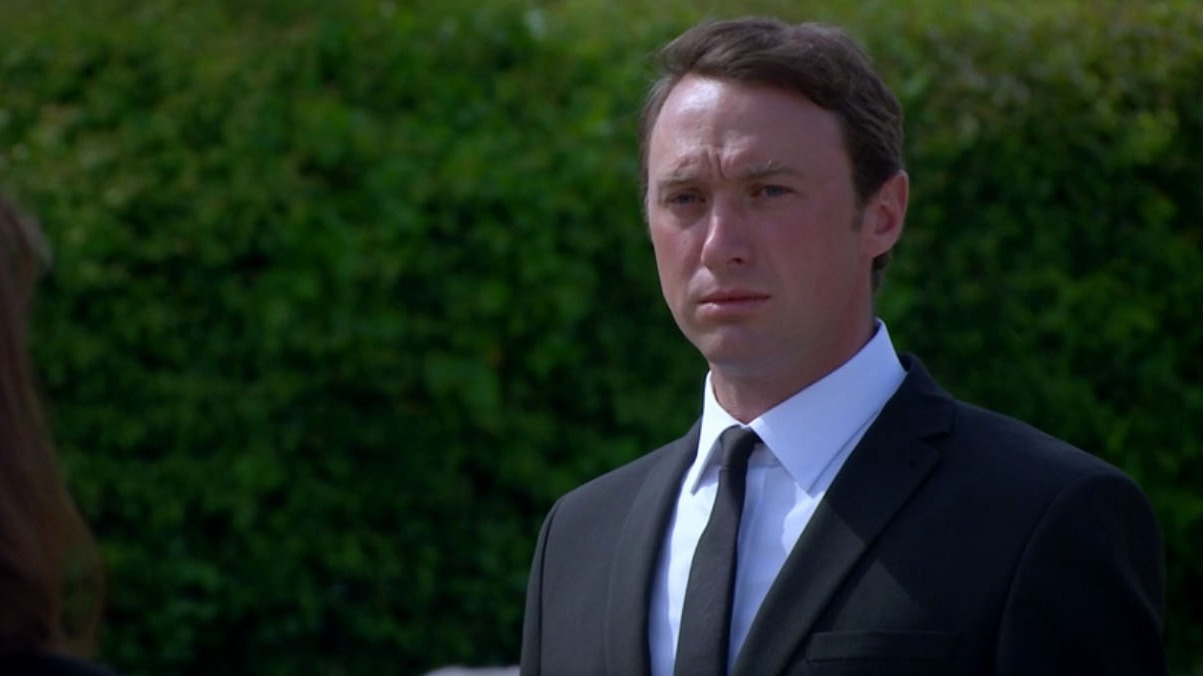 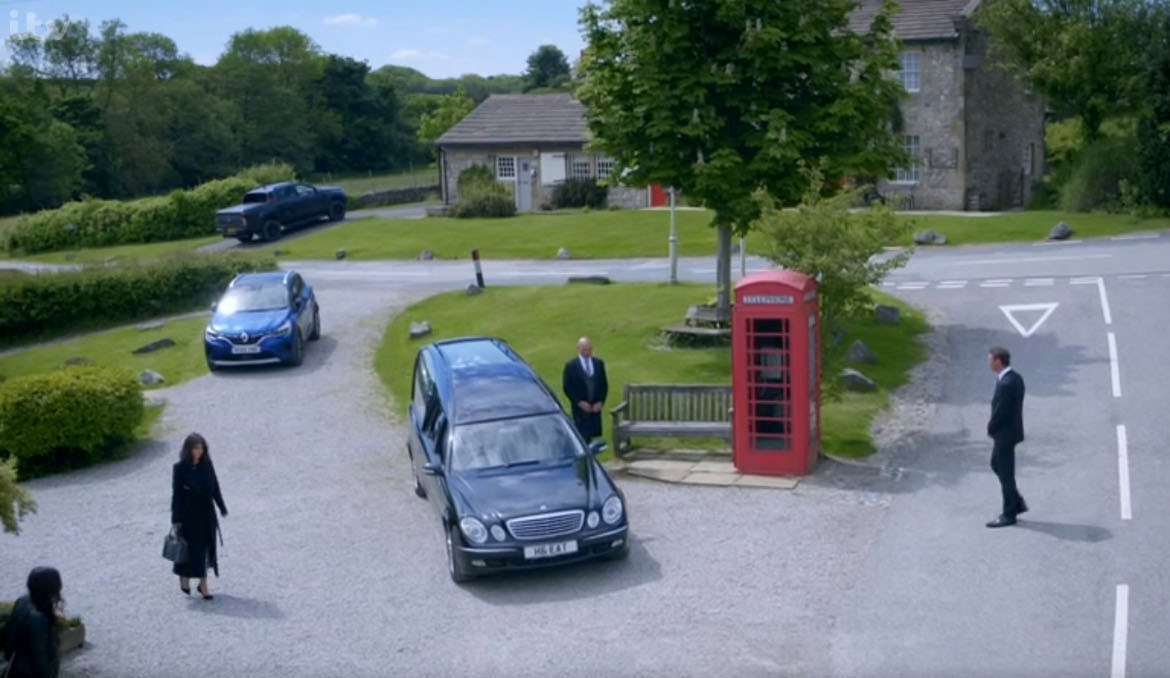 Last night's episode saw Liam boot Jacob out of the church after he went inside to say his goodbyes despite Liam's warning.

But before they arrived at the church, viewers were left irritated by the "annoying" sound of bells ringing in the village.

The church bell and one held by a man in the funeral procession were tolling as Liam led the hearse to the church for the ceremony.

ITV fans begged bosses to "mute" the sound as it played over the characters conversations.

One wrote: "God can someone please mute that church bell?!"

Another posted: "Unfortunately they seem to have chosen a rather loud church bell!"

A third shared: "That dinging is driving me insane!

"That bell is absolutely doing my head in!" another chimed in, as another fan fumed: "STFU with the bell!"

Meanwhile, Meena almost put her foot in last night's instalment after she dropped Leanna’s ring and watched in horror as it rolled by Liam’s foot during the service.

She was relieved when Liam stood up to get some fresh air, failing to notice the ring.

But might he put two and two together at a later date?

Following the service, Liam raged at Leyla for bringing Jacob anywhere near his daughter’s funeral.

It all kicked off as David decided to step in and tell Liam off for talking to Leyla “like dirt” and insisting on a service that Leanna wouldn’t have wanted.

Liam lost it and lunged at David, knocking him to the ground as Meena smirked in the distance.

Meanwhile, fans were left in tears after Jacob’s friends surprised him with a memorial service for Leanna.

Liam was quick to blame Leanna’s ex Jacob for her death, banning him from her funeral earlier this week. 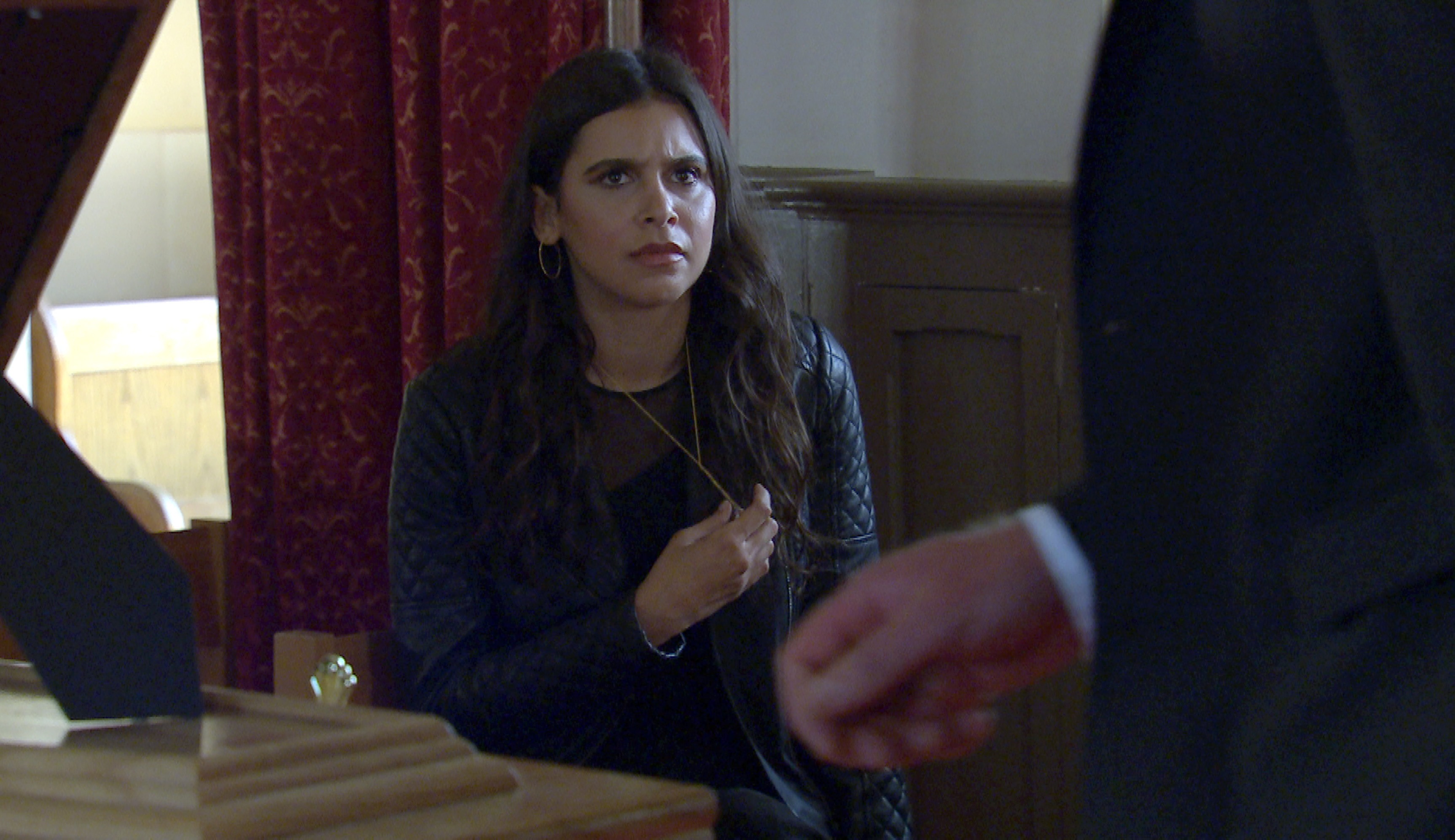