The returning Dales resident – played by Ash Palmisciano – is keen to hook up with old pal Victoria (Isabel Hodgins), but he will be left concerned about his chances next week when he spots her and David (Matthew Wolfenden) enjoying some flirty banter. 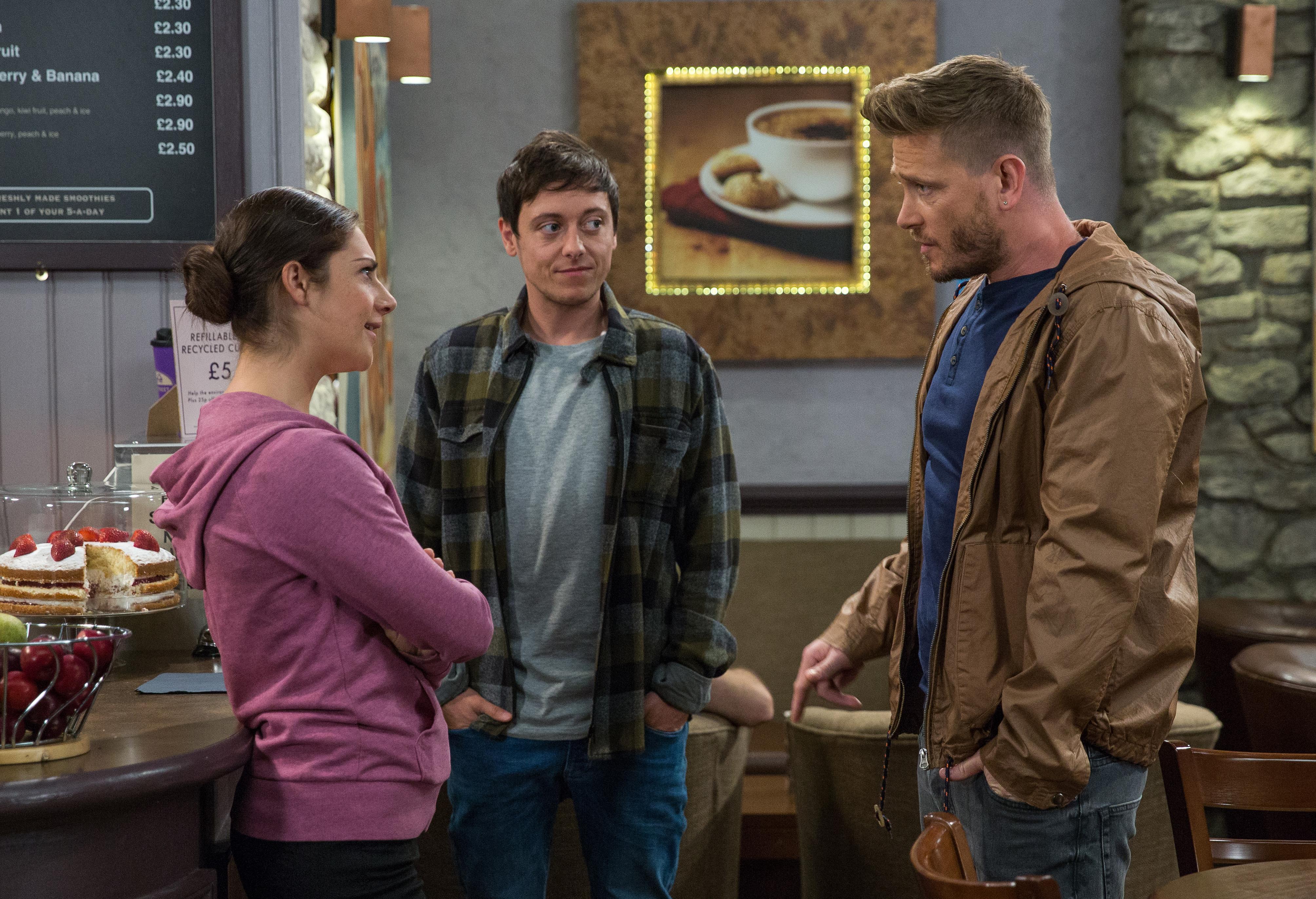 It will come as a double blow to the transgender character – who was previously known as Moira Dingle's (Natalie J. Robb) daughter Hannah Barton – after David offers him a job in his shop, only for Matty to then see his potential new boss getting close to his wannabe girlfriend.

However, Matty appears to have got the wrong idea as despite seeing David and Victoria having a laugh and a joke, he is oblivious to her true feelings.

Fans have been speculating that Matty and Victoria are set to embark on a relationship, and Victoria sensed some romantic tension between the pair last week.

She panicked and ran off, but they put their embarrassment to one side to team up and take on conwoman Lara after she conned Matty out of £10,000 of Moira's money when she sold him a hooky bull. 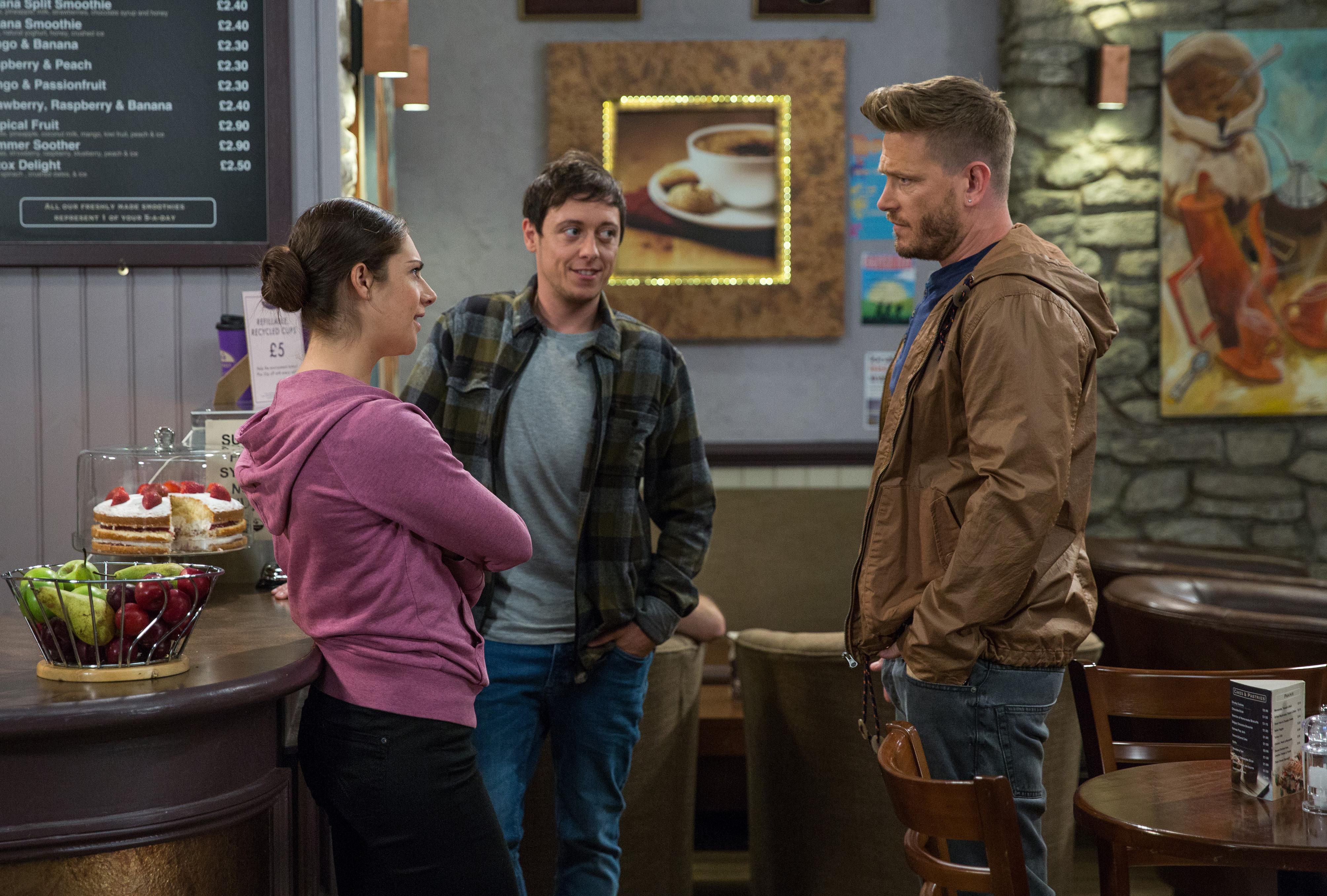 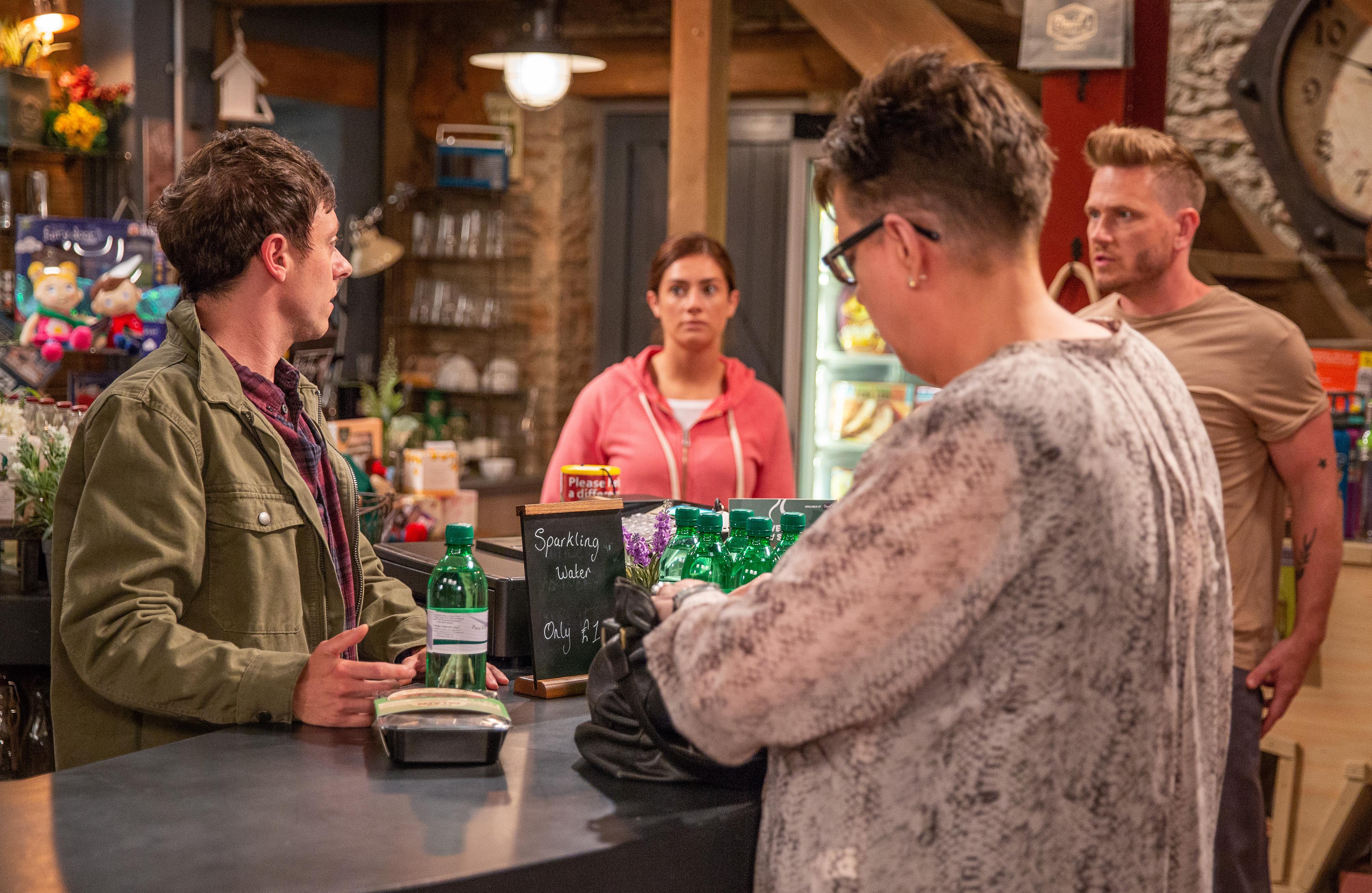 Victoria – who is still married to Matty's brother Adam Barton (Adam Thomas) – and Matty have a lot of history in the village dating back to their school days when he was known as Hannah.

She was bullied by fellow pupils, including Victoria, but Hannah soon to put a stop to that by flushing Victoria's head down the toilet and the pair became pals.

And they look set to take their friendship to the next level in the coming weeks.