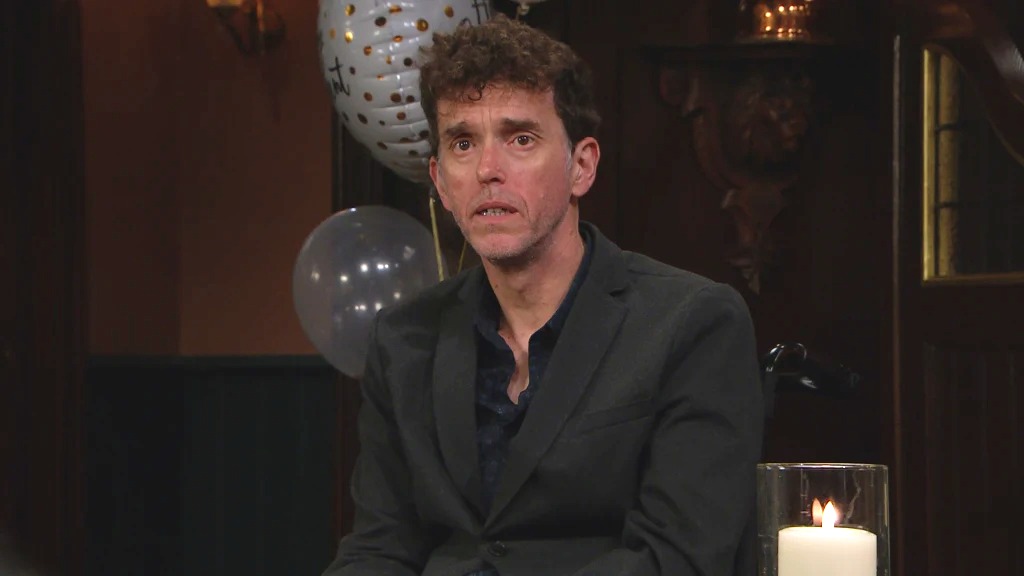 It’s been quite the year for Marlon Dingle (Mark Charnock) in Emmerdale. In March he was just about to get engaged to his beloved Rhona (Zoe Henry) when tragedy struck and he suffered a devastating stroke. This was the start of a long, difficult journey for him as he worked to regain his speech and his mobility.

There were setbacks and he ended up back in hospital more than once, but Rhona was with him every step of the way and he also had the support of good friends, most notably Paddy (Dominic Brunt).

Marlon made it his goal to walk down the aisle when his wedding to Rhona finally took place in August, and with a lot of hard work and help from philandering physiotherapist Kit (Thoren Ferguson) and Paddy, he achieved his aim – though there was another trip to hospital before that and it was touch-and-go whether he’d even get to the church at all.

Since then, the couple have settled down to married life and have been living happily, but for Marlon there’s always been another ambition that he needed to fulfil. Marlon is a chef. It’s not only what he does but who he is, and when he lost the use of one arm he feared that his career was over.

In recent weeks he saw glimpses that this didn’t have to be the case, as he helped Victoria (Isabel Hodgins) out with a catering event and found there was still a lot he could do. He then started to worry that his job at the Woolpack would go to someone else, someone who could do thinks faster and more efficiently than him.

Luckily for Marlon, in Ryan (James Moore) the Woolpack has a boss who is excellently placed to understand that all a person with a disability needs in order to do their job is a few modifications to the workplace. Ryan promised Marlon that he would do whatever Marlon needed to make his return to work as easy as possible.

So at Christmas, Marlon is counting his blessings. He has a wife and family he adores, he’s surrounded by good friends and he’s back doing the job he loves. He takes the opportunity of everyone being together for the Christmas celebrations to say a heartfelt thank you to everyone for their support during his recovery.

And honestly, we couldn’t love him more.