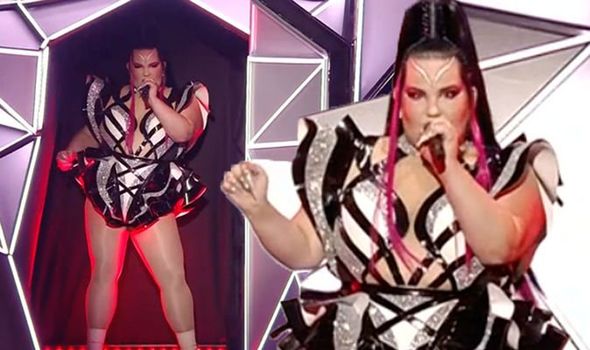 Eurovision’s reigning champion Netta began the first semi-final emerging from a giant cat, with the remixed version of her song Toy playing in the background.

As Netta performed the song, fans of the singing contest realised it was a very different version of the winning anthem, watching the opening performance on BBC Four.

Taking to Twitter, viewers aired their thoughts on the remix, with one posting: “Fair play Netta. This is an excellent way to open the whole shebang. #Eurovision.”

Another wasn’t too convinced however, remarking: “I forgot how awful this song was I predict even more nightmares tonight… #Eurovision.”