[Editor’s Note: The following contains spoilers for the “Evil” Season 2 finale, “C Is for Cannibal,” including the ending.]

Doubt is a common villain, particularly in stories where faith plays an outsized role. One of the real joys of watching “Evil” come into its own over the course of Season 2 is watching it embrace such a fundamental idea. The Paramount+ series has its share of lore — what is Catholicism if not a few millennia of meticulously documented tradition? — but it’s also thrived in a dangerous grey zone between out-and-out procedural and season-long religious Big Bads, spinning something thrilling with each passing week.

For a show that so easily could quadruple down on a Pazuzu of the Week framework, the Season 2 finale of “Evil” brought into focus a different kind of goal: connect its three main characters through the basic idea of not knowing what comes next. Kristen (Katja Herbers) still has lingering scars (some of them crucifix-shaped) from the bloody offscreen act of violence that bridged the show’s two seasons. Ben (Aasif Mandvi), maybe the trio’s most stalwart skeptic, is seeing his own window of explainable scientific phenomena get slowly shifted with each passing job. And in the season’s biggest looming decision, David (Mike Colter) is on the verge of the priesthood, committing to a life he’s not yet fully convinced he wants to live.

All of that culminated in a season-ending moment that the show was always hurtling toward, even if it may not have played out quite as expected. After years of daydreamed smooches and visions of temptation, Kristen and David closed out Season 2 with a kiss that was more foreboding than anything. More importantly, maybe, it arrives at the crest of a pair of season-long denials. Kristen has continued to bargain that not directly addressing her killing of Orson LeRoux will somehow stave off her guilt, all while David has been looking to his newly assumed duties as a priest to help distract him from intrusive thoughts. 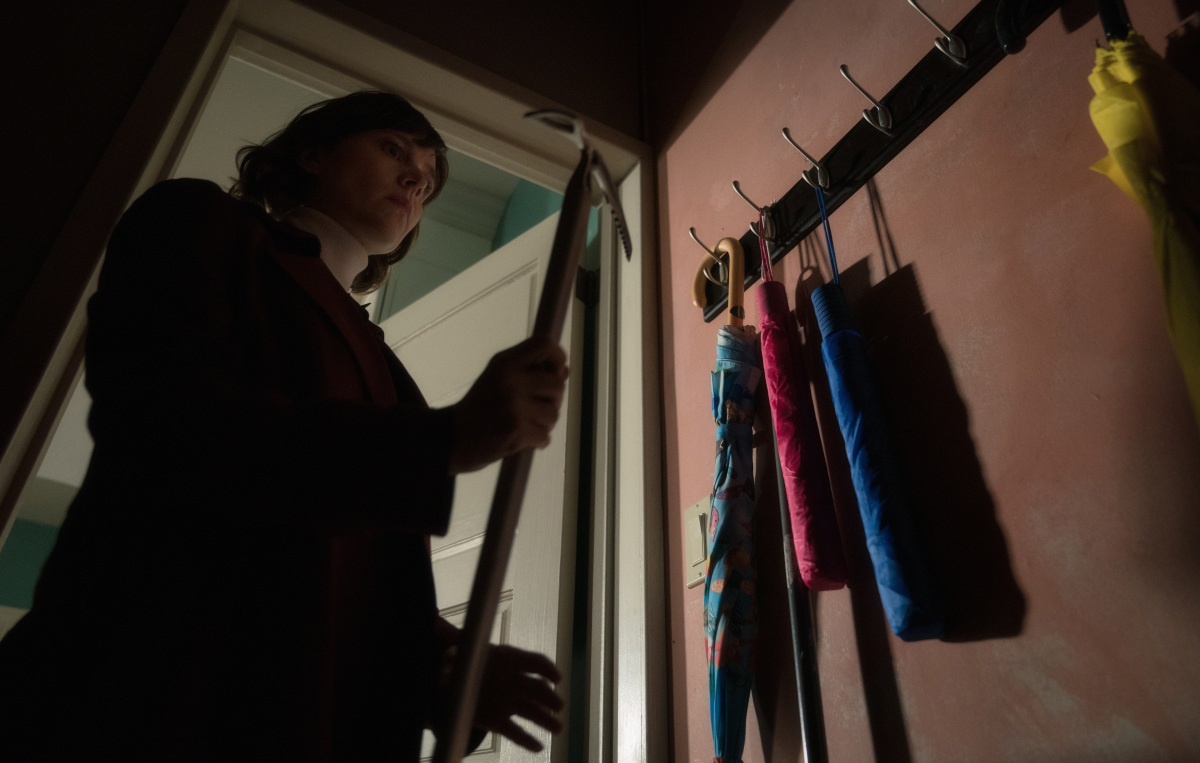 So that kiss is certainly not transactional, but it’s not just driven by lust either. The machinations in Season 2 that kept some of the big-picture movement in the background were a kind of misdirect. It wasn’t the primary goal, yet getting to a resolution for these two meant setting it up as something of a mutual pact. Kristen confesses (via a modified version of the institutional Church route). David letting himself finally express his feelings is a kind of confession, too. This is not a swelling moment of catharsis, and certainly not in the way it was teased in last week’s episode, when the two hinted at a theoretical “what if” relationship before Kristen dropped a “Go get ordained.” As directed by Alethea Jones and written by Rockne S. O’Bannon, this Season 2 ending was a long-awaited moment that came without any dramatic proclamations and had plenty of hesitations, however small.

It’s one last formula tweak for a show that’s had a parade of them this season, particularly in its back half. The mostly dialogue-free “S is for Silence” might well be the season’s masterstroke, complete with a Harryhausen-esque skeleton, drunken barrel antics, and some of history’s greatest subtitles. “I is for the IRS” built in a showdown with a Satanist church, but one that shared a lot more in common with the celebrity megachurch from this most recent season of “The Other Two.” Turning the multilayered reality fakeouts of “B is for Brain” into a chance to get closer to the divine is an ideal example of how this show can pull off a thematic twofer on par with any other show on TV right now.

In a way, it makes the Book of Terrifying Things more than a sinister, darkly comic visual bookend to each of these Season 2 episodes. (They really ratcheted up the intensity on the “Doll” and “Cannibal” ones, huh?) It emphasizes how nearly everyone on this show has fear that’s born from the thing means most to them. It’s a belief in the rational that gives Ben a foundation, one that’s slowly being chipped away with each stint in something like that elevator basement purgatory. After finding a certain kind of peace in a religious life, David’s been forced to consider how his upcoming ordination comes with more than just celibacy. (His conversations in last week’s episodes with a local pastor were also part of a growing list of thoughtful ways this show has grappled with some of the Church’s shortcomings.) Kristen’s overwhelming love for her daughters is enough for her to kill to protect them, and she nearly tried to do it a second time. 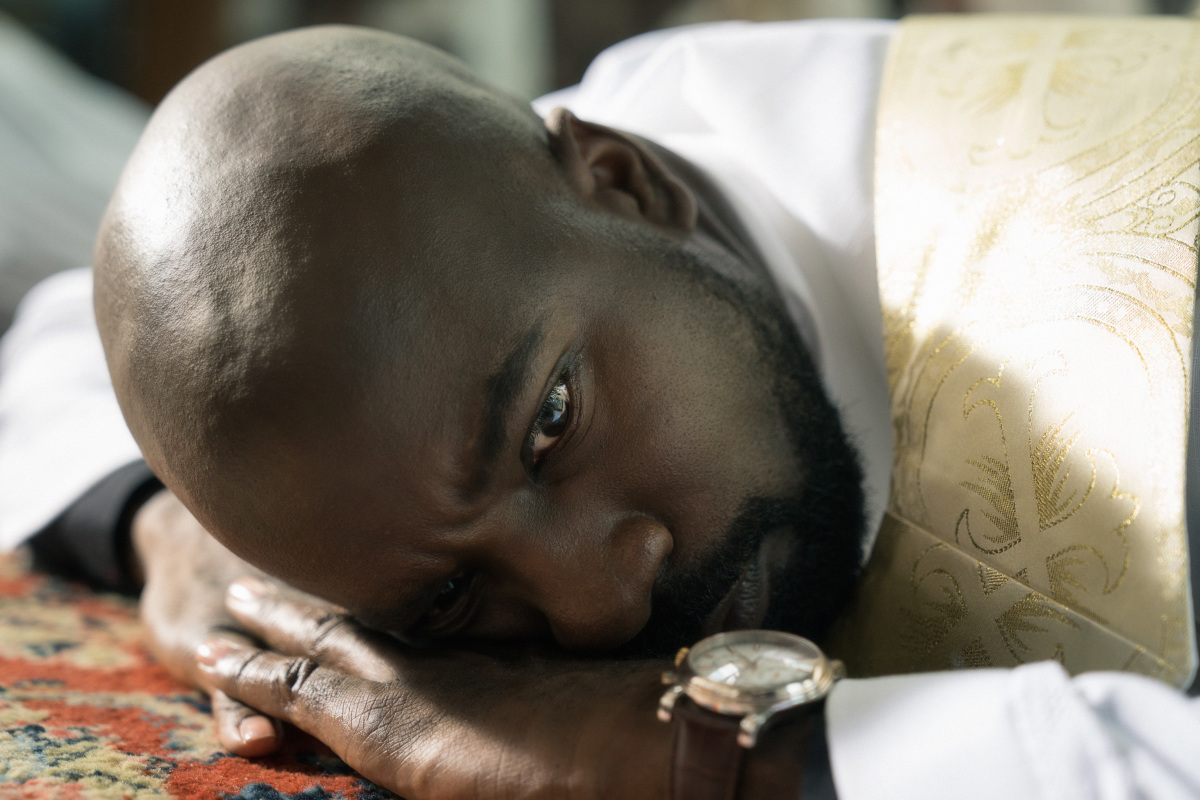 That cross-pollinating battle between doubt and fear and trust and faith is enough for Sister Andrea (Andrea Martin) to call it a war. Her ongoing duel with Leland (Michael Emerson), and its gradual tie-in with the sigil map rolled out at the close of Season 1, has been wisely slow-played. We get to see how much Leland’s “side” is enveloping the people that Kristen loves most and the finale plays with the idea of how much these opposing forces necessarily need each other to exist. One idea of belief is rebelling against a longstanding moral framework, while the other is based on resisting the urge to stray. Again, “Evil” lands somewhere in between, with enough chaos to scythe away a goat-headed demon and a certain level of discipline to keep the human stories grounded underneath.

“Evil” is sustainable precisely because those tensions will always be there for these characters. There’s no magic kiss or official prayer that can take away all of their uncertainties. What began with a “science vs. faith” hook has become more about who we turn to in times of crisis. Some turn to hierarchical elders, while others go directly to an otherworldly power. Some find comfort in drawing explicit connections, leaving others to center themselves on the idea that the existence of the unknowable is a key part of our short time on this planet.

The longer that “Evil” can keep living in that space between all of those possibilities, it’ll be an even more valuable addition to the TV world. This is a show that can switch from an honest consideration of life-and-death consequences to Leland cowering in the corner after an exorcism with the Cake cover of “Mahna, Mahna” blasting over the speakers. There are brainwashing codewords, life-destructing online poker apps, floor-burning gobs of acid, subdermal beehives, and an offering of a distant ancestor’s head soaked in formaldehyde. There are also honest back-and-forths about what makes for a beneficial contribution to someone’s life and what constitutes a malicious force and whether both are necessary parts of what it means to be human. Regardless of the answer, even if there is no good without evil, “Evil” has put itself in a place where it can do the most good.

“Evil” Season 2 is now available to stream in its entirety on Paramount+.