The 23-year-old ballroom dancer's profile was flooded with posts about free giveaways for items such as MacBook, iPhone XS, Apple watches and even Tesla model X cars. 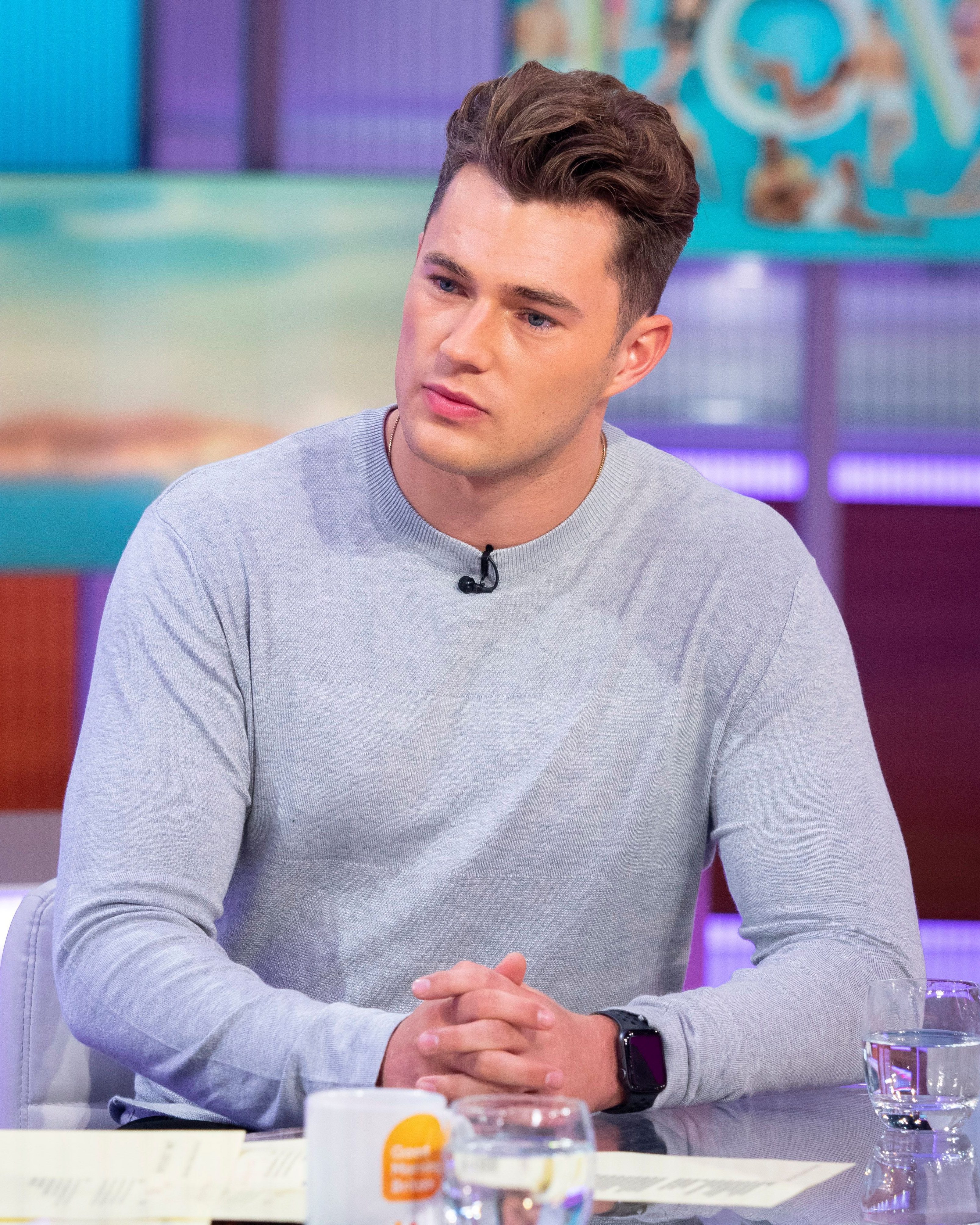 However the breach to his profile also puts Curtis at risk of having any private messages or photos he's sent his Love Island partner Maura, 28, made public.

The hacker has access to all elements of Curtis' account which will be alarming for the reality star, who finished in fourth place with Maura during the grand final last month.

Curtis could also lose followers or his account as well as his private information because of the hacker.

It's been a tough week for Curtis, after he was trolled for wearing a full face of makeup. 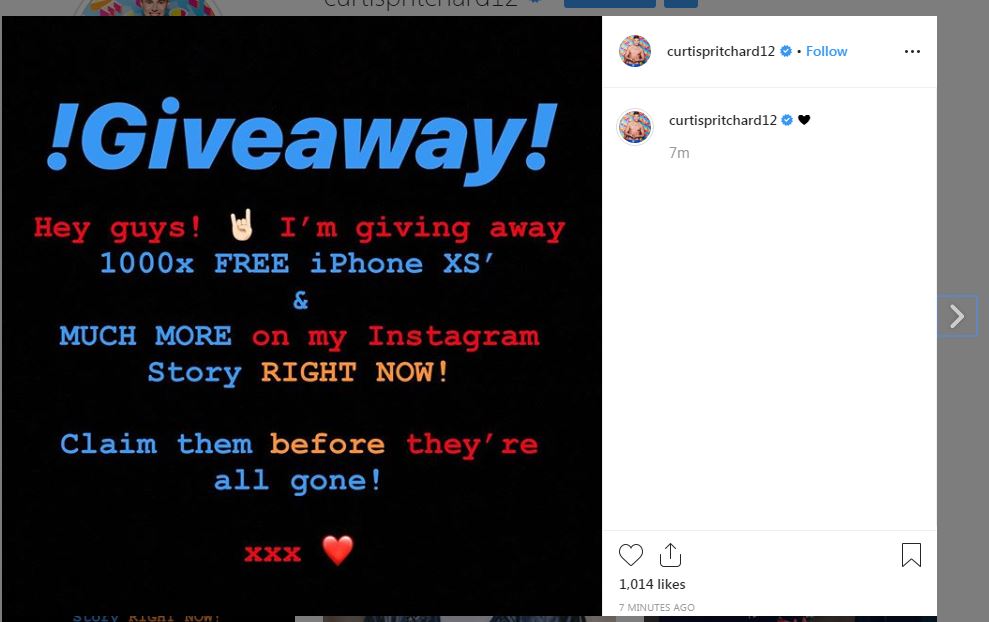 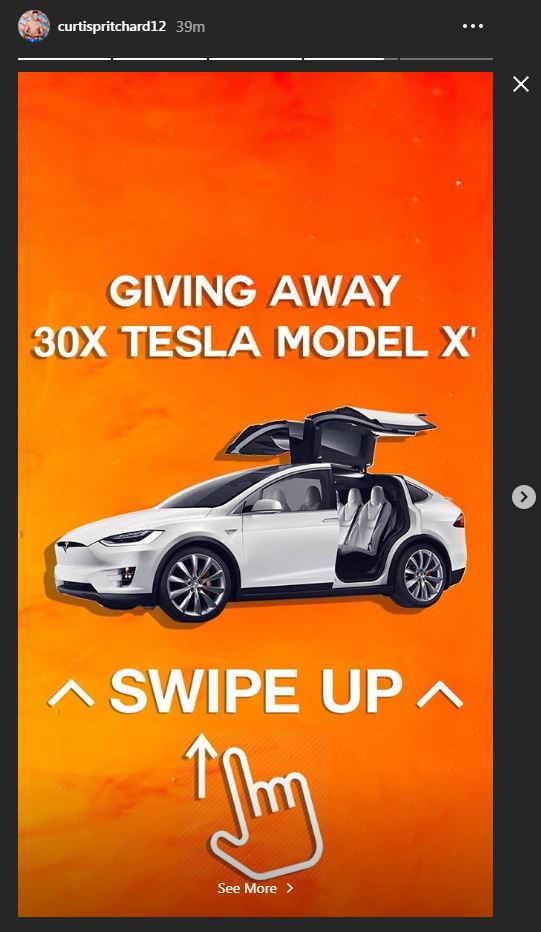 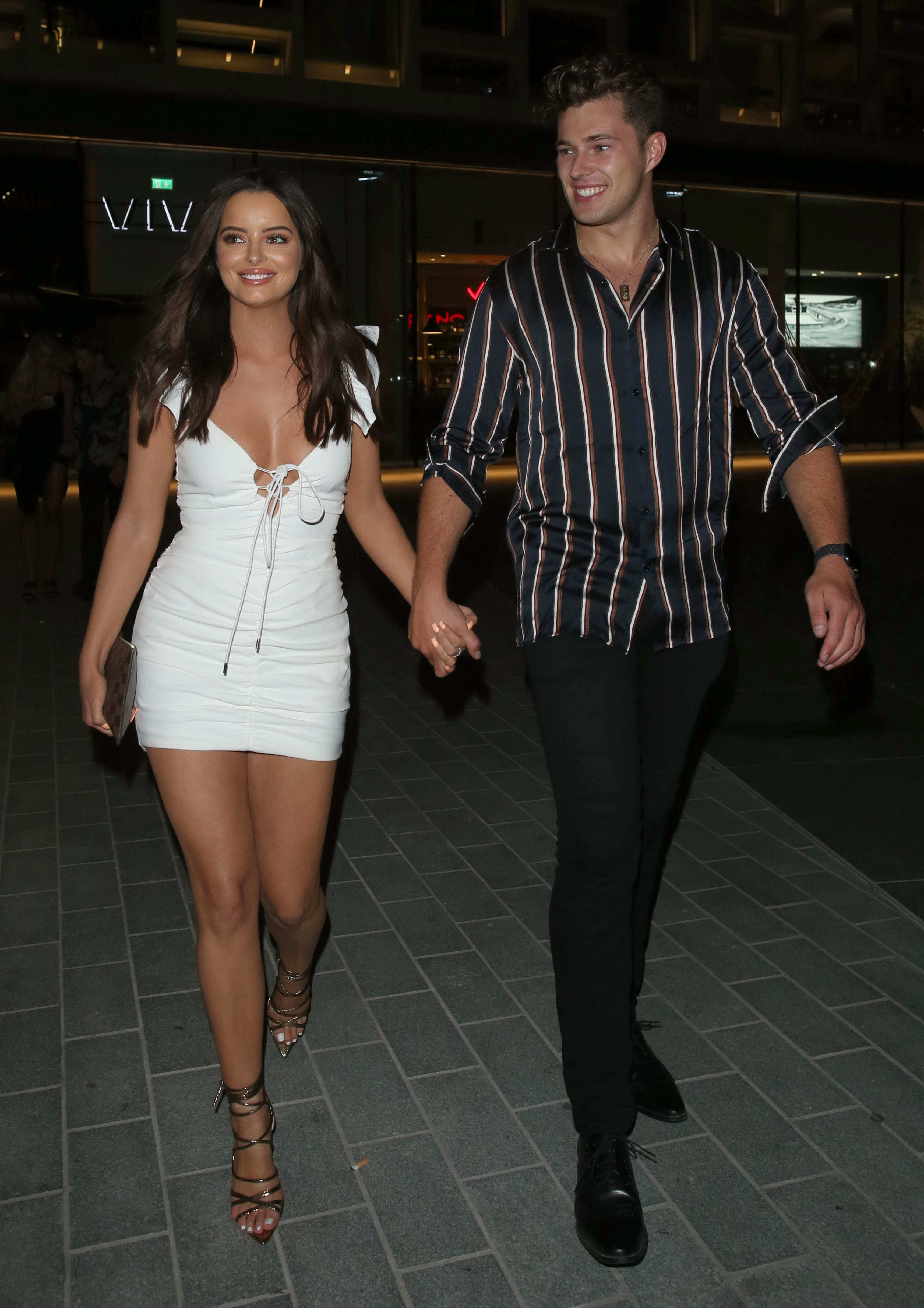 Curtis was seen getting his face powered while on the set of The Greatest Dancer after he revealed he will be the receptionist greeting all the acts on the second season of the BBC show.

He then posted another picture of himself ready for action alongside his brother AJ, who was visiting him on the show.

The dancer captioned it: “Loving my time @greatestdancer can’t wait for you all to see the talent that this show brings. Thanks for the support Bro @aj11ace #family #dance.”

His followers were rather shocked by his appearance and left a series of harsh comments. 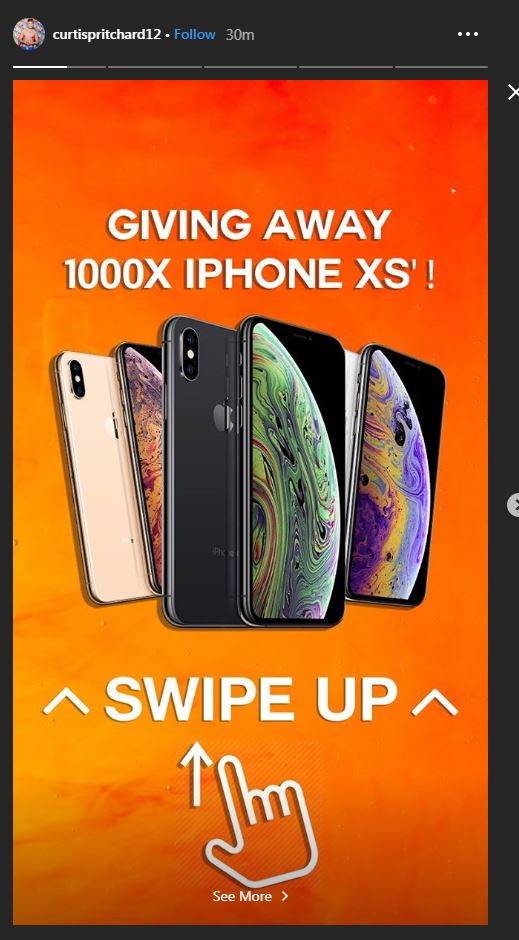 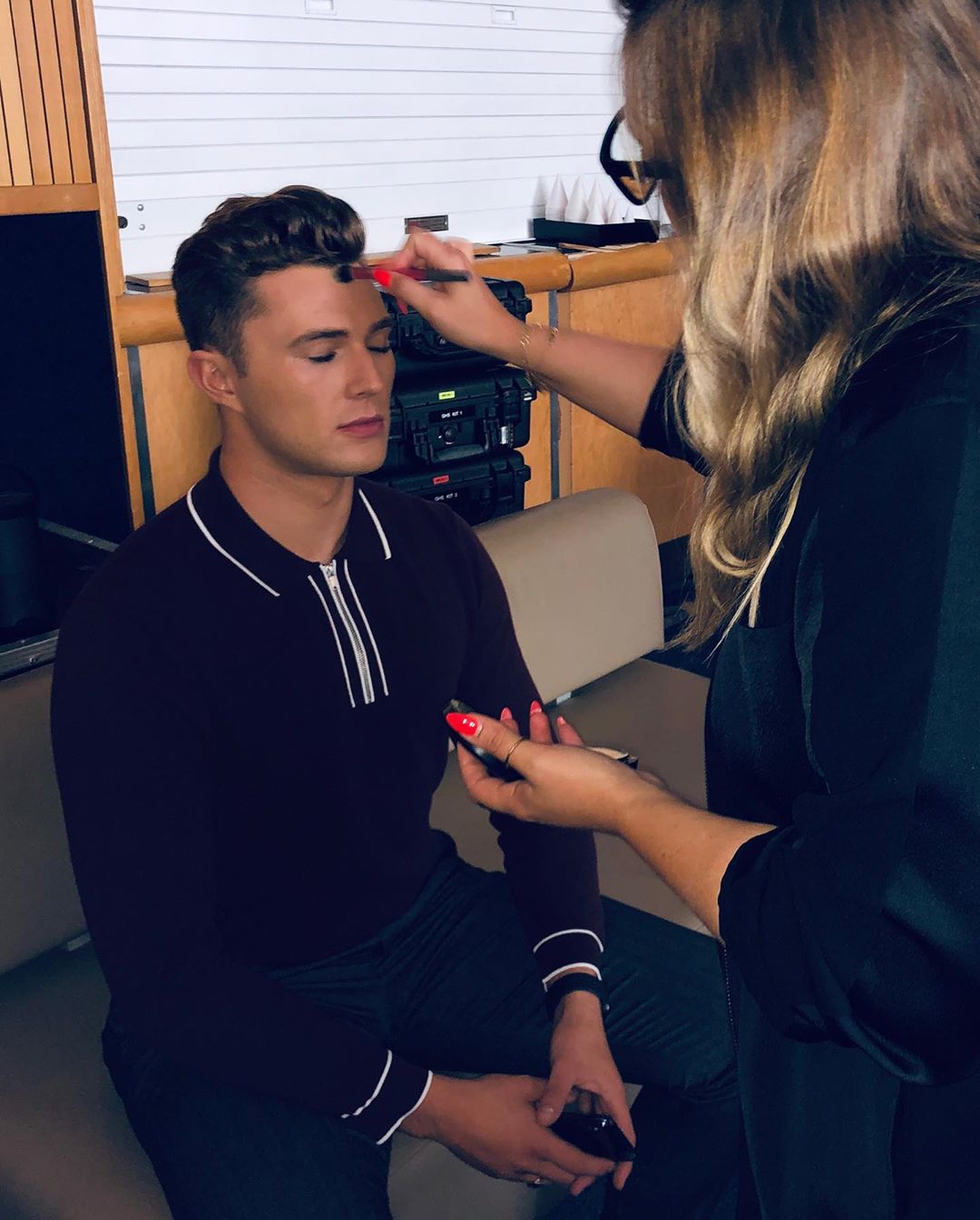 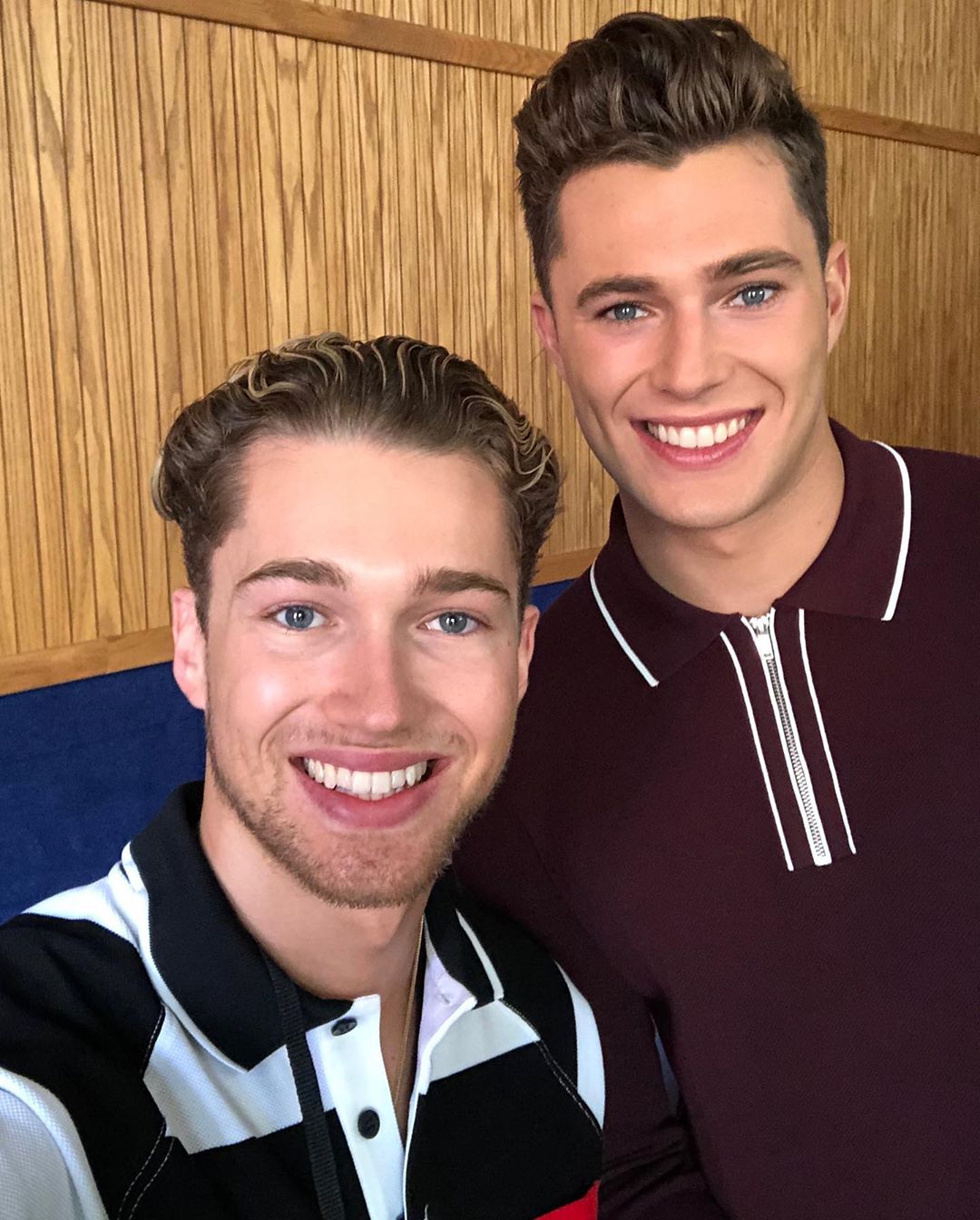 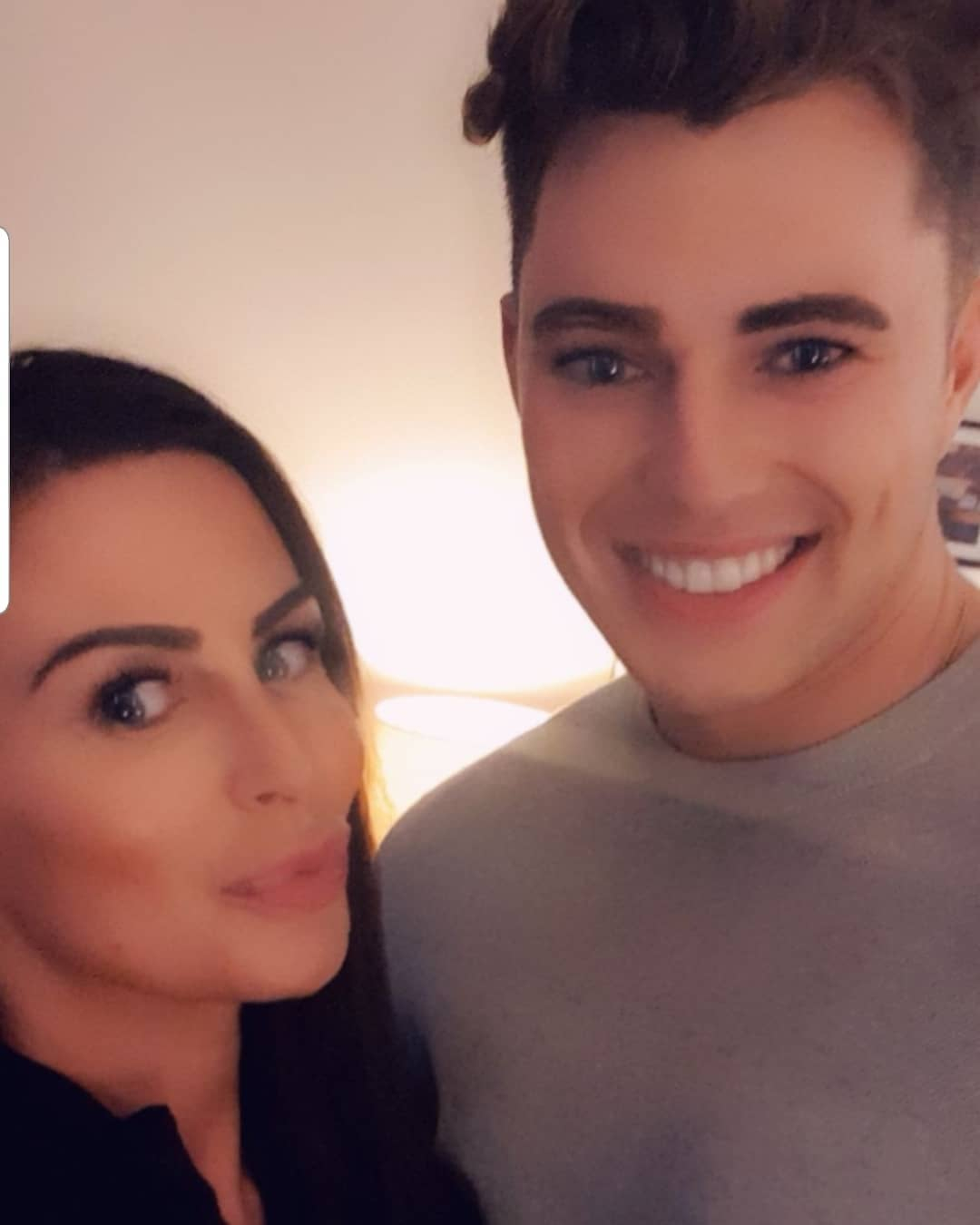 One person asked:  “Why tf is he wearing a full face of makeup?”

A second added: “Get the makeup off you mug.”

While a third remarked: “too much makeup hunni- yes i know it’s for the camera but ya knowww.”

Others stuck up for him, with one fan saying: “Before everyone comments.. he’s wearing makeup so he shows up on camera he has too.”

The Sun Online has contacted a representative for Curtis regarding the hacking.