A first glimpse at Steve Coogan and John C Reilly as comedy legends Stan Laurel and Oliver Hardy in an upcoming biopic has been unveiled.

The pair look rather uncanny as the famed double act in Stan & Ollie, donning their iconic bowler hats and suits in a first-look picture, as well as a neat poster.

The movie will follow the pair’s friendship and working relationship during the later stage of their careers on a 1953 tour of Britain.

Stan & Ollie is due to close the BFI London Film Festival on October 21, where it will receive its world premiere. The movie is directed by Jon S Baird (Filth), with Philomena‘s Jeff Pope on screenwriting duties.

“Stan Laurel and Oliver Hardy are my heroes,” Pope said earlier this year. “When I watch their movies, in my head it is forever a Saturday morning and I am 6 years old watching the TV at home, utterly spellbound.

“I am aware of the huge responsibility of bringing their characters to life, but I have not treated the boys with kid gloves or looked at them through rose-coloured specs. They are living and breathing characters, with flaws and shortcomings.” 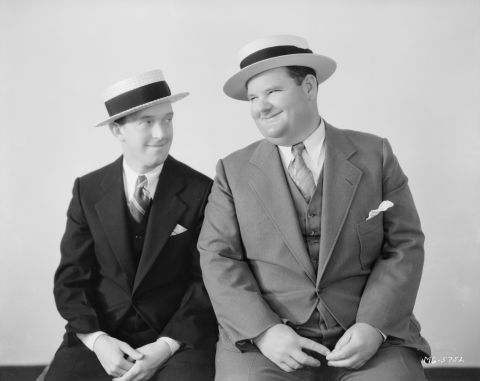 Laurel and Hardy were best known for their slapstick double act between the 1920s and 1940s.