Some of Netflix’s more recent shows, like Insatiable, have proven to be #problematic among viewers and haven’t had the critics singing their praises either.

But GLOW is another story, with its uplifting and campy nature (and putting Kate Nash back on people’s radar!), so we’re pretty big fans.

It’s good news all around, then, as Netflix has officially renewed the show for a third season. Rejoice!

The news comes via a tweet that features a terrible pun:

We all knew this was coming, of course. Before the announcement had been made, the cast and the people in charge have been teasing what we can expect.

Nash and co-star Britney Young told Digital Spy that they think the topic of AIDS will be explored in a lot more detail, as well as Sebastian ‘Bash’ Howard’s sexuality.

Young also believes that her character, Carmen ‘Machu Picchu’ Wade, will have her relationships severely tested. 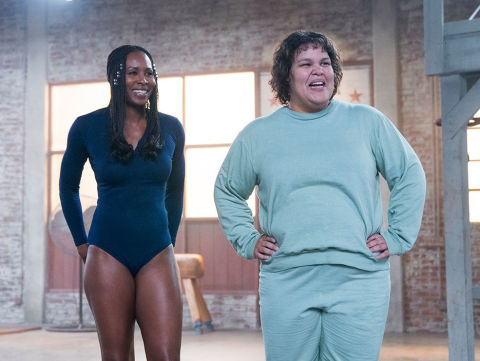 Season two ended with the wrestlers heading to Las Vegas to continue their show as a live show, but GLOW‘s creators have hinted towards a darker tone.

“We didn’t think Vegas was a purely optimistic place,” Carly Mensch said. “It’s a place that, at least for us, makes our hair go up on our arms as in, ‘Oh no, what’s going to happen there?’

“It’s a place that makes us deeply, deeply uncomfortable and that was exciting for us to take the story, and the women, there to see what happens.”

The first two seasons of GLOW are available to watch now on Netflix.